How safe is your milk to drink? Experts caution against contamination 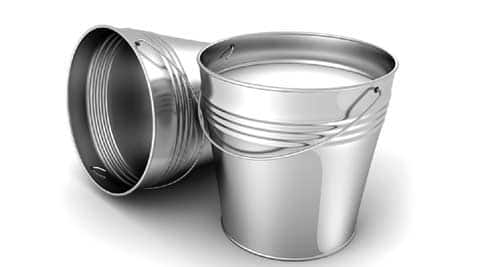 A cheap milk testing kit has been developed by the Defence Food Research Laboratory (DFRL) in Mysuru. Express files

India is today the world’s largest producer of milk thanks to the white revolution. Yet more than two thirds of the milk in India does not meet the food safety standards. Adulteration of milk is rampant, a startling six per cent of the samples tested in 2015 by the Ministry of Health had presence of ‘detergents’ in them confirming that ‘synthetic milk’ is a huge problem.

For a lay person trying to differentiate between contaminated and pure milk is a tall order and only specific chemical tests can reveal the truth. Contaminated milk can be a huge health hazard especially when it has been laced with urea, detergents and other toxic chemicals. With the festival of Holi round the corner, it is time to be alert about the dangers of milk contamination.

Now a cheap milk testing kit has been developed by the Defence Food Research Laboratory (DFRL) in Mysuru, which is a part of the gigantic Defence Research and Development Organisation (DRDO). This kit, which even an untrained person can use at home, helps within minutes detect contamination of six common adulterants in milk.

Recently as part of another initiative, Union Minister for Science & Technology and Earth Sciences Harsh Vardhan unveiled another dedicated system for the detection of adulteration and analysis of milk, developed by Central Electronics Engineering Research Institute (CSIR-CEERI), Pilani.

According to Vardhan, “The gravity of the situation had been such that the National Institute for Transforming India (NITI Aayog) identified the problem of detecting adulteration in the milk within three minutes at Rs 4 or less, as one of the grand challenge areas being considered under the ‘Atal Innovation Mission’.

In this backdrop, the Vardhan appreciated the initiative of CSIR for developing and deploying this technology solution, ‘Ksheer-Scanner’, which instantaneously detects the above- identified adulterants in milk. It is a low-cost portable system with user-friendly features. It enables detection of contaminants in just 40-45 seconds at the per sample cost of less than 50 paise.

Earlier, Union Agriculture and Farmers Welfare Minister Radha Mohan Singh while speaking at National Dairy Research Institute, Karnal, Haryana said, “India stands first on global milk product scenario. Milk production has been increased from 137.68 million tonne in 2013-14 to 146.31 million tonne in 2014-15. For the first time there is a record enhancement of milk production as 6.3 per cent whereas on international scenario there is only an increment of 2.2 percent enhancement of milk production.” (MORE) PTI COR ZMN
AAR
03060845