How to tell a racist joke that’s actually funny 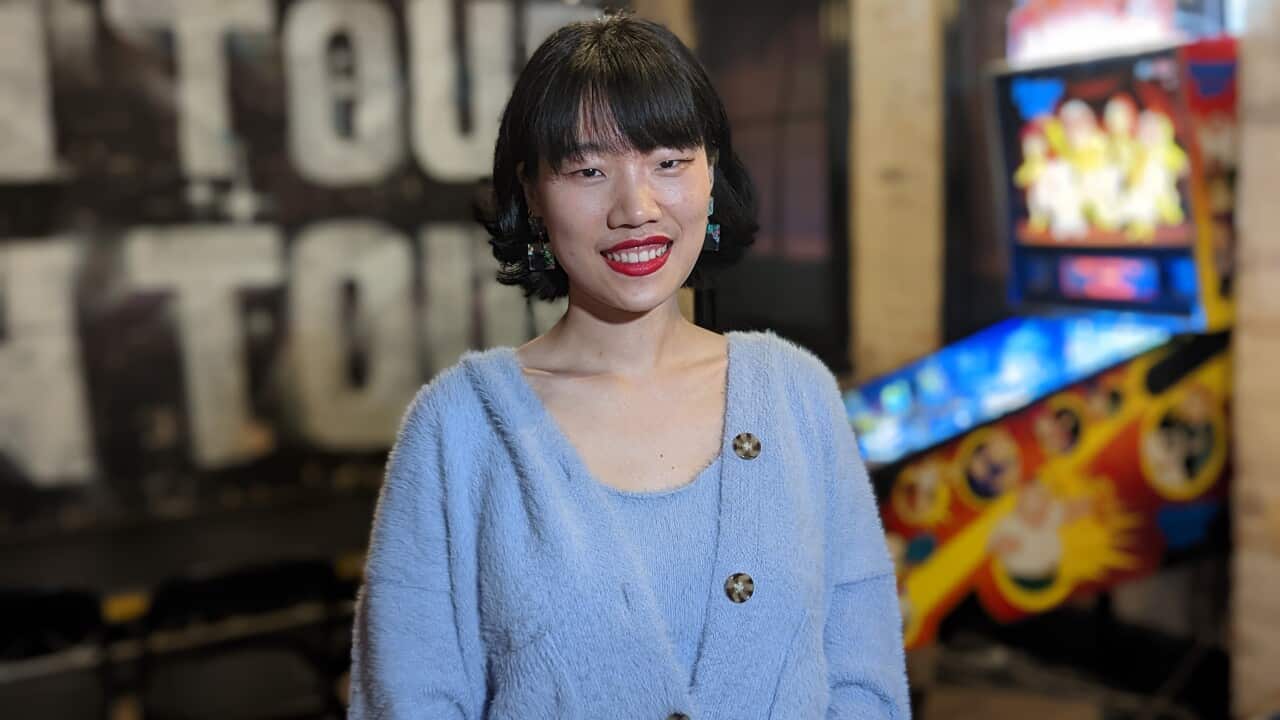 “All the Chinese at my age have already bought their own house – because we’re so good at asking our friends and relatives for money.”
That’s one of the gags in 27-year-old Wandi Cao’s routine, and it gets a good laugh from the Sydney crowd.
Cao is one of a group of stand-up comics from culturally and linguistically diverse backgrounds in Australia who say they’re turning the table on racists, one joke at a time.

She’s taking part in Racist Immigrants, a show at Sydney’s Fringe Festival this month, and poking fun at her own culture.

Cao grew up in China and has lived in Australia for six years. She started doing stand-up in Mandarin in 2020 but found her audience was mostly international students. Wanting to broaden her audience, she switched to performing in English the following year.

She says people of Asian origin often got her jokes straight away, and even though it might take slightly longer for Australians to get the punchline, she sees it as “tutoring” people on Asian culture. But it’s about more than just stereotypes.

“It’s not just about stereotypes, it’s about the stories behind that – what makes our culture different … sometimes I make jokes about ‘well, you think I am weird, I also think Aussie people drinking from 12pm is crazy.’”
Using humour allows her to combat misconceptions some may have, she says.

“As an Asian, I think the important thing is to make [our] presence [felt] because normally we’re recognised as really quiet, innocent or something really not aggressive – so I think my comedy will tell a different story about who we are.”

He came up with the Racist Immigrants concept with Aditya Gautam. Both comics are from Indian backgrounds.

“Picking up women for men of my kind is really hard, because apparently women only like this accent when I’m offering cheap deals from Vodafone,” Singh jokes in his routine.

The only thing that is sacred is making people laugh, Gautam says, adding that Australian audiences are very willing to laugh at themselves.
“They laugh the hardest when we make fun of them, which is very unique,” he says.

“People from the subcontinent are not very good at making fun of ourselves or listening to people making fun of us. The culture here is much better here in terms of acceptance of jokes on them.”

They laugh the hardest when we make fun of them, which is very unique

Gautam says performing stand-up had made him feel more connected to Australia.
“I’d always felt like an outsider in Australia as an immigrant, but honestly, since I started doing comedy and since we’ve been doing the show, as Chetan [Singh] said, I feel more heard and I feel more connected to Australia and other cultures than I’ve ever felt because I feel like, ‘OK, this is me’, and everyone gets it, everyone is on the same page.”
He says all migrants have a different version of Australia and that’s what makes the show special.
“It’s just so fascinating to hear these different [experiences], even within immigrants, how we can experience Australia in so many different ways.”

“One thing that I was encouraged by in comedy is that we are all human. There are so many things that make us different but also that make us similar.”
Singh says he feels empowered on stage.

“I feel like what I’m saying to 60, 70, 80, sometimes 100 people – I’m making a difference to their lives because they’re learning something new that they may not [know] or they’re learning a new perspective on things.

“This is what people perceive of a certain aspect of my being, as an Indian person or a person from a foreign background, I can change that, I can change that perspective.
“I feel like I can make a difference because those 60 people will probably tell another 60 people and the word spreads.”
is appearing as part of the Sydney Fringe Festival from 20-24 September.