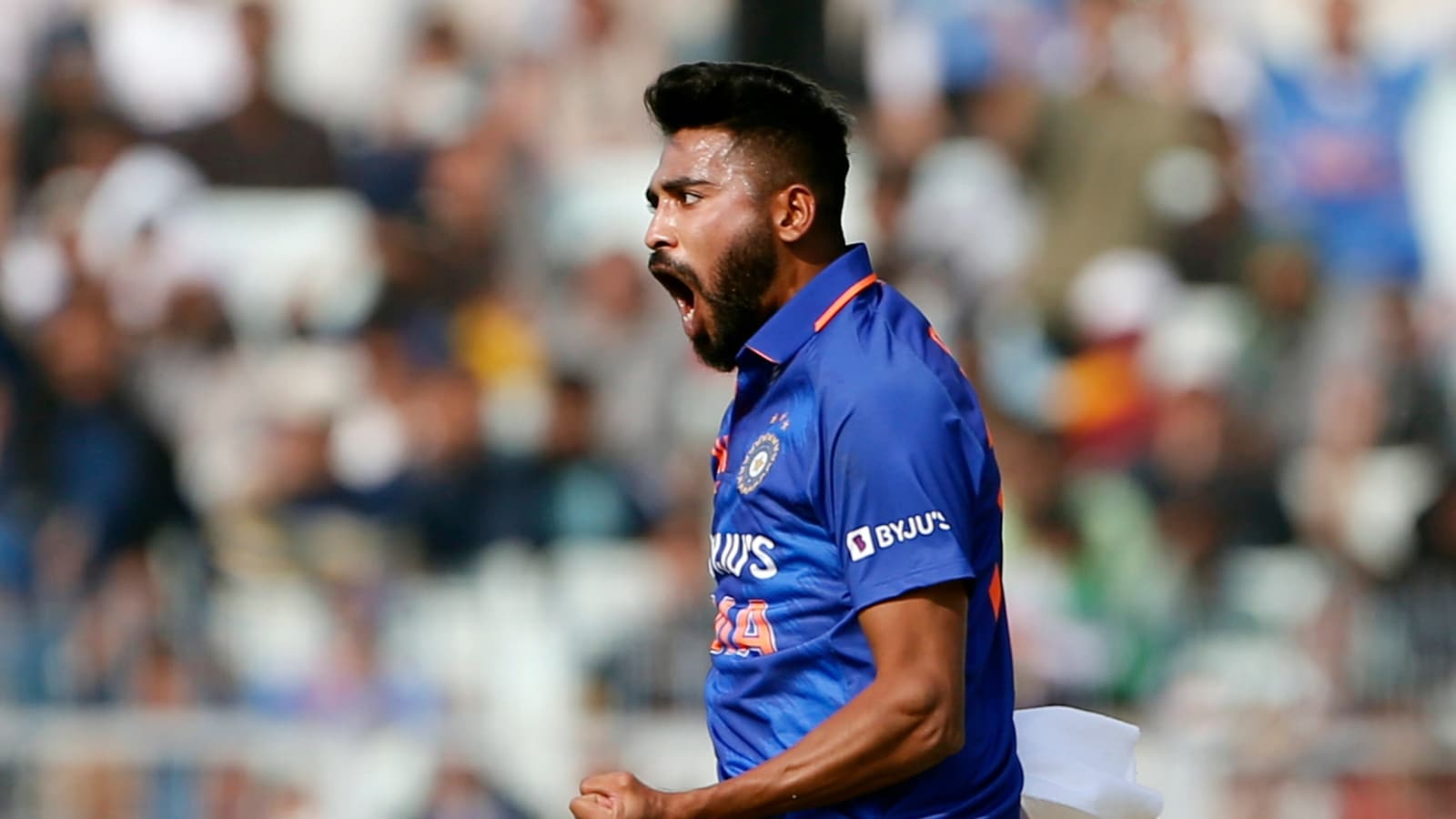 India are assembling the bowling attack they should have in all white-ball formats now, after lessons learnt from a below-par T20 World Cup showing. And Sri Lanka, their first opposition in the ODI World Cup year, are getting a taste of it. Dismissed for 215 in the second ODI after being reduced to 206/8 in the first before skipper Dasun Shanka’s century got them to 300 in a 67-run loss, their batters will again be under pressure in the inconsequential third ODI on a pace-friendly Greenfield International Stadium pitch here on Sunday.

The performances of Mohammed Siraj, Umran Malik and Kuldeep Yadav has got everyone excited. With five wickets each, Siraj and Umran lead the wicket-taker’s chart while Kuldeep took three wickets in his only game at Eden Gardens. It can be argued that it’s only against Sri Lanka, but the Islanders are no pushovers compared to a year ago, their 2022 T20 Asia Cup win the proof.

Also Read | Rishabh Pant’s selection for ODI World Cup to be affected, likely to miss most of 2023: Report

Captaining in this series is a relief for Rohit Sharma after a painstaking 2022. There is no hiding place when you are bereft of ideas, especially in big events. Rohit faced the heat in the T20 Asia Cup and World Cup as the bowling came a cropper.

Preparing for the home ODI World Cup though, there’s clarity assembling a combination that can strike at all stages of the game. It is encouraging that Siraj, Umran and Kuldeep have turned up against Sri Lanka.

With an eye on the Australia Test series, there is a case for Mohammed Shami to be rested for the third ODI, but Kuldeep should be retained ahead of Yuzvendra Chahal. If Shami is rested, Siraj can share the new ball with Arshdeep Singh.

The Hyderabad pacer swings the new ball with better control. He has the record to back – since 2022, he has taken the most wickets in powerplay overs – 19 – and is showing maturity. He now sizes up the situation and shifts to plan B. During his Kolkata spell, he said once the swing died early, he decided to bowl at the stumps, more with a wobble seam, which makes it hard to pick which way the ball will move. And his sharp pace gives little time for batters to make last-minute adjustments.

Besides, uppermost in the captain’s calculations is having a weapon for the middle overs when the ball gets softer and batters look to knock the ball around taking fewer risks. That’s why Umran’s five wickets in the two matches would have excited the think-tank. The fast bowler has an attacking mindset. He goes for runs but never compromises on speed. He has taken wickets in each of his 11 internationals barring his T20I debut. His ability to provide breakthroughs puts the pressure back on the opposition.

With extra pace he hurries batters into playing false shots. In the second ODI, both his wickets were to catches at backward point, in overs 28 and 34. In the first ODI, in the 31st over, he got Pathum Nissanka to top edge a pull to midwicket. On Saturday, Sri Lanka coach Chris Silverwood praised Umran. “I am very impressed. I am happy to see him do well because I was also a fast bowler. He hits the deck and it is good to see his control at that speed,” said Silverwood.

Kuldeep’s exploits in the second ODI gives Rohit a second option to attack in the middle overs, if the chinaman bowler continues his rise again to become a premier wrist-spinner in ODIs. He showed what impact he can have at the Eden Gardens, grabbing three wickets to help reduce Sri Lanka from 102/1 to 126/6.

Now, the selectors will have to take into account the need to have a back-up for Jasprit Bumrah given his fragile fitness. After the T20 World Cup, they would not like to depend too much on one player again. Thus, the progress of Siraj and Umran will be keenly tracked. If Bumrah is also fit and Shami sheds off rustiness, India will have a solid attack, be it the new ball or when it gets softer.