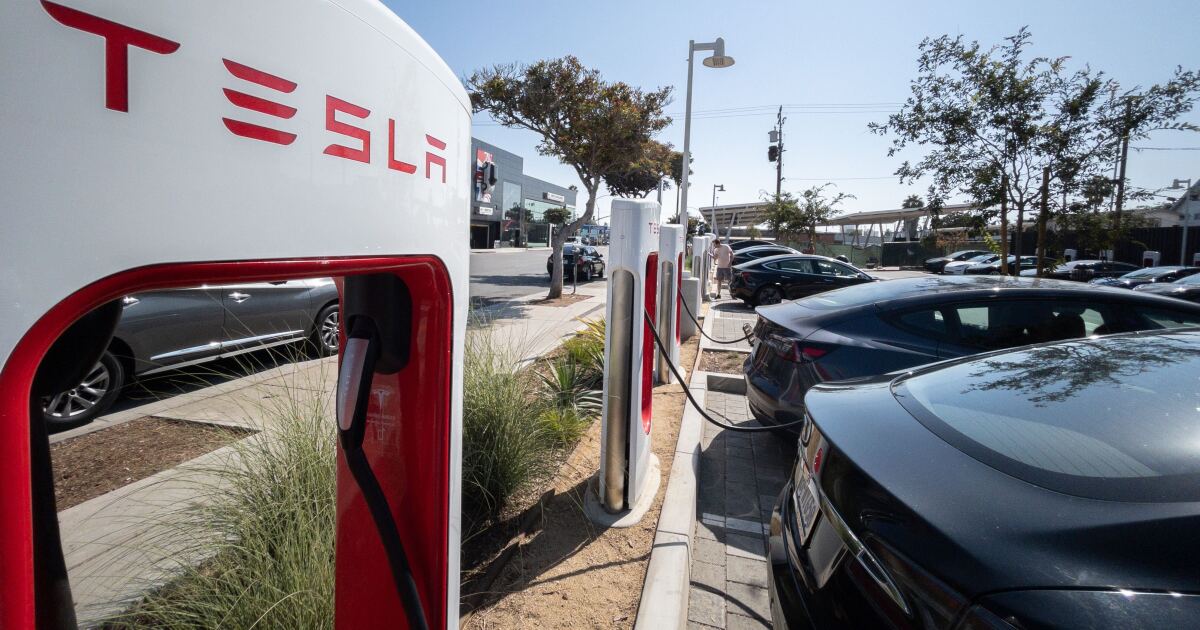 To the editor: Edward Humes’ op-ed article on California’s last aborted attempt to electrify the state’s vehicles has got the history and the importance of this moment right.

The Ford Think City “bubble” car I leased in 2001 made an EV believer of me. Ford confiscated that car from me in 2004 with the intention of crushing it. (See me cry as it is taken away in the documentary “Who Killed the Electric Car?”). Unwilling to go back to gasoline, I was one of the lucky few who purchased a used 2002 Toyota RAV4 EV.

While Toyota claimed the car’s battery wouldn’t last a decade, I am still driving the car daily with the original battery, which has more than 100,000 miles on it.

Had the California Air Resources Board not killed the state’s zero-emission vehicle mandate in 2003, the electrification of transportation would be much further along. While most car makers (with the notable exception of Toyota) have made significant moves to ramp up EV production, they’re not moving fast enough.

Automakers and the fossil fuel industry will work to delay California’s new zero-emission mandate. The Air Resources Board will need to resist these efforts if the goal of an electric transportation future is to be realized.

The writer is vice president of the electric vehicle advocacy group Plug In America.

To the editor: Going all electric is an idea worthy of consideration. I’m all for saving California and ridding the state of fossil fuel pollution. However, let’s not throw the dishes out with the dishwater.

A couple of weeks ago, our whole community had an unexpected power outage. Nothing electrical worked. The outage lasted for more than two hours. I had to start my gasoline-fueled vehicle to charge my phone.

In an all-electric future, what would happen to the California economy if the grid was sabotaged or shut down for several hours? A workable solution involving electric vehicles, gas-powered cars and non-electric appliances needs to be considered.

To the editor: I just want people to know that not everybody has the money to buy an electric car. Also, some of us live in places where it’s impossible to charge an EV.

It’s sad that the world is going that direction.

To the editor: I am sorry that some of your readers missed the point of Gustavo Arellano’s column about gasoline cars.

In our family we have two vehicles: an all-electric compact and a plug-in hybrid. I was raised in the 1950s and ‘60s and fondly remember cruising the boulevards on Friday nights, changing my own oil and the smells of gas and rubber. That love of cars was passed from my father’s generation to me, and to Arellano from his father.

Rather than a diatribe against electric cars, Arellano uses his considerable writing skills to eloquently describe a simpler era and a mindset that is passing. Arellano’s descriptions of electric cars as “robotic” and “antiseptic” are harmless tongue-in-cheek literary criticisms that should be taken with humor and a grain of salt.

We all know where the future is headed.