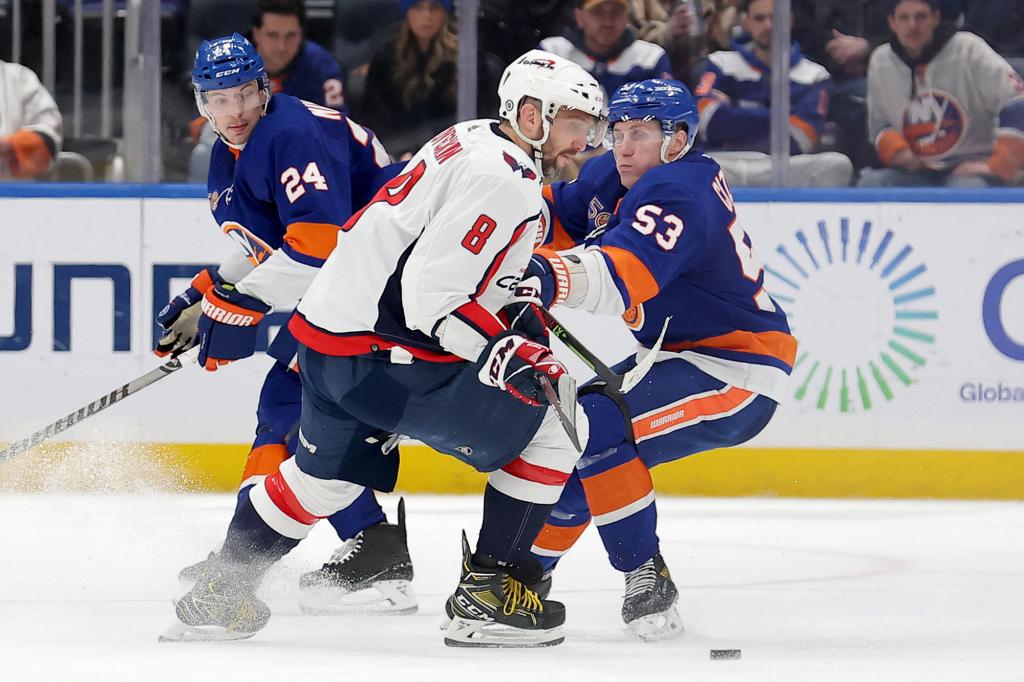 Jean-Gabriel Pageau returned to the game, but the Islanders were still unhappy with Alex Ovechkin’s second-period hit to the center’s head that led to him needing to be helped off the ice.

“Very surprised [that it wasn’t a penalty],” coach Lane Lambert said following the 4-3 overtime loss on Monday night at UBS Arena. “Charging, boarding, whatever it might be. He took steps. We definitely should’ve been on the power play.”

With Pageau playing the puck in the corner after an unsuccessful Capitals power play, Ovechkin took his shoulder to Pageau’s head from behind, sending the Islanders center’s head into the glass before Pageau crumpled to the ice. He struggled to stand straight after getting up, needing help from teammate Noah Dobson and a trainer to get off the ice.

No penalty was called on Ovechkin for the hit following a video review, a decision that was greeted with boos.

The hit came 6:35 into the second period, and Garnet Hathaway would begin a three-goal comeback for the Capitals shortly after, scoring at the 10:01 mark. The Islanders went on to blow a 3-0 lead as Dmitry Orlov scored the winner in overtime.

“Not a hit that we loved, obviously,” Matt Martin told The Post. “Thought he was vulnerable. Thought [Ovechkin] kinda charged in or whatever. They looked at it and deemed it to be a legal hit so there’s not much you can do.”

“Obviously when you’re vulnerable like that, those are dangerous,” Dobson said. “It’s good to see him come back and be OK.”

Pageau did not speak to reporters following the game, but Lambert said he would be fine after being asked if additional tests would be needed on Tuesday.

The Islanders have already dealt with myriad injuries this season, including suspected concussions to Kyle Palmieri following a hit by Nick Ritchie of the Coyotes and Adam Pelech, the latter following a hit into the boards by Robert Bortuzzo of the Blues. Both of those players are still on injured reserve, as is Oliver Wahlstrom.

Lambert shot down the notion that his team hasn’t had enough of a response to those hits following Monday’s game.

“I think if you look at the score, Matt Martin had 10 hits tonight,” he said. “I think there was a response.”

According to Natural Stat Trick, Ovechkin took three hits in the match, which turned into a scrappy affair shortly after the hit.

“They were physical tonight, we were physical,” Martin said his lip still bloody after a collision with Dylan Strome. “Usually when you play the Caps, games between us generally are. I think the goal they got shortly after that [hit on Pageau] was the one that kind of gave them life and then we weren’t able to get that fourth one.”