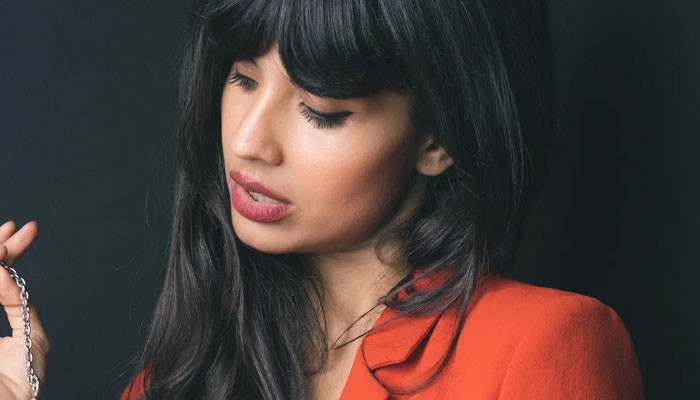 Jameela Jamil recently took to social media to lay down the law and make her stance on Kim Kardashian’s maternity line clear.

For the unversed, the actress began receiving hate after her interview with The Weekend went viral. The actress was quoted saying, “I wish we could just normalize just focusing on the inside of a pregnant body, not the outside. You don’t need your shape corrected or hidden. You don’t need an even more awkward obstacle between you and a [expletive].”

To explain her point of view, Jamil hopped onto Instagram and posted a screenshot of a buzzfeed article detailing her stance on maternity wear.

The post began by saying, “This is annoying. They weren’t responding to me as I wasn’t one of the people saying the product wasn’t safe. I’d already read Kim’s description of the product before I spoke. And also I’ve spoken to Chrissy and she confirmed it wasn’t at all about me.”

“I was only talking about the discourse online around body shaming (that popped up due to the backlash that I had nothing to do with) during pregnancy and people wearing awkward to piss in shape wear specifically to look slimmer rather than for support.”

The actress also added that she is “Bored of my name being used to drag me into shit that I’m not trying to be involved in. If I was calling her out, I would just call her out, I’ve hardly been shy about it in the past. I’m not a passive aggressive person. I’m extremely direct. From what I understand her product is safe. But there is definitely a huge societal problem with the way pregnant people feel they have to look while making a baby.

She concluded by saying, “Not to mention the drama and pressure of post pregnancy bodies… a whole other nightmare that we as a society have to tackle.”