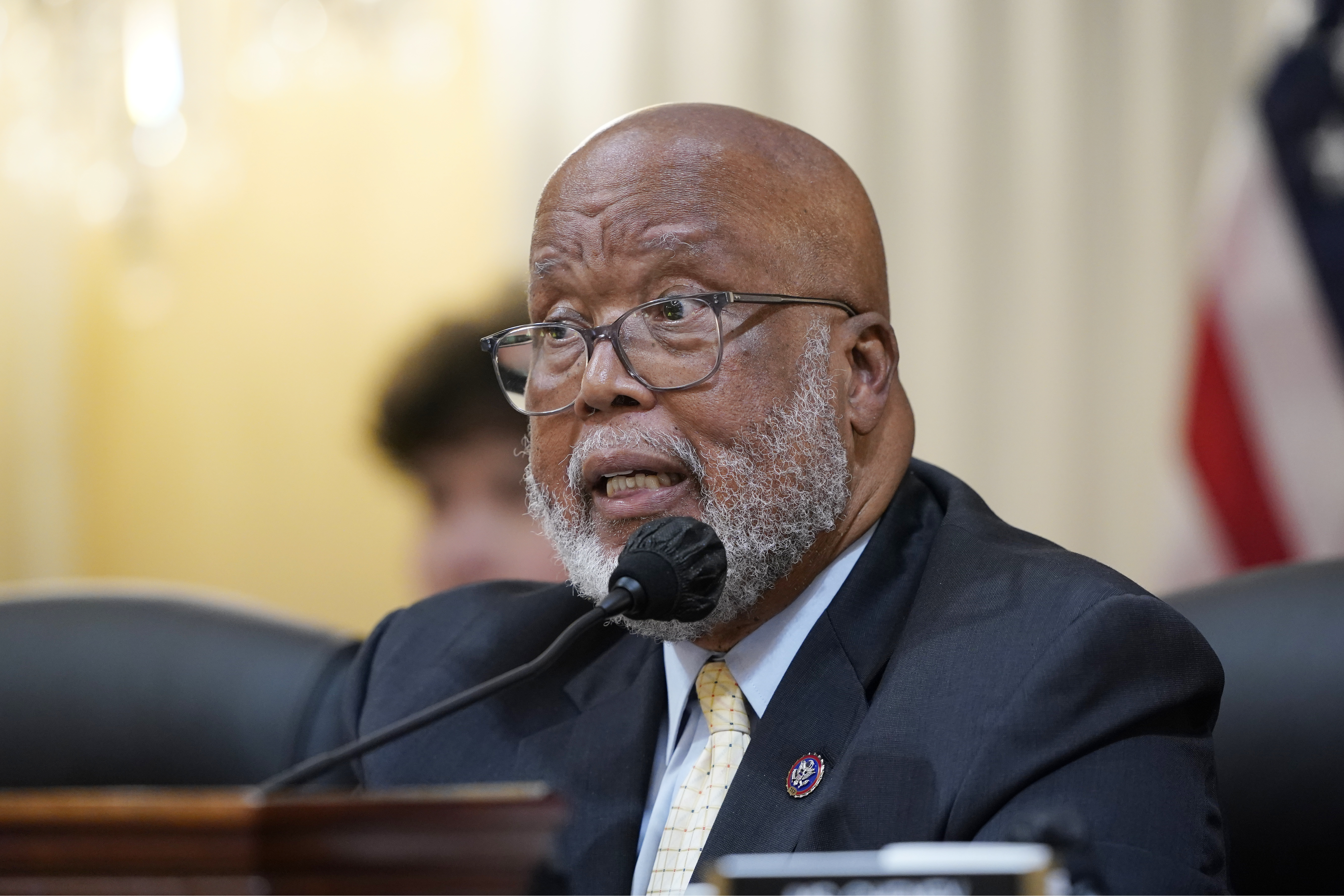 “The committee has thus far made a significant volume of material publicly available in more than 20 hours of public hearings. We are preparing for additional public presentations in one or more hearings this month,” said the spokesperson, who was granted anonymity to provide clarity on the panel’s planning.

Thompson’s comment, while not a final decision, represents one of several significant questions the select committee faces in its final stretch. The Justice Department has repeatedly asked congressional investigators to turn over their transcripts since April. But any delivery of evidence could complicate some of the ongoing prosecutions of Jan. 6 defendants, many of whom have demanded access to any committee transcripts received by prosecutors.

Until late July, the panel had resisted efforts to produce transcripts to the Justice Department, preferring to maintain a tight grip on their prized evidence — particularly amid concerns among some lawmakers that prosecutors needed to more aggressively investigate former President Donald Trump’s attempts to overturn the 2020 election.

Though it’s unclear whether the committee will ultimately opt to send more of its 1,000-plus witness transcripts to the Justice Department, Thompson’s comments represent a significant recognition from the panel; namely, that the agency’s probe has now — at least publicly — begun making significant inroads into Trump’s inner circle. Last week, prosecutors rained more than 40 subpoenas onto key figures who aided Trump in his efforts to subvert President Joe Biden’s win.

A Justice Department spokesperson did not immediately respond to a request for comment.

The committee revealed in July that it had developed a framework for sharing transcripts with the Justice Department and had made an initial batch of 20 witness interviews available to investigators at the agency. The identities of those witnesses are still not publicly known, but last week, prosecutors indicated that they had not yet seen transcripts for key figures such as Trump allies Rudy Giuliani, Roger Stone and Ali Alexander.

Thompson has indicated for months his desire to publicly release all of the select panel’s information, though a disclosure is unlikely before they wind down their work at the end of the year. Still, the timing of when to send the information to the Justice Department is a separate decision for congressional investigators.

The transcripts are of keen interest to defendants in two of the highest profile criminal cases to emerge from the Jan. 6 attack on the Capitol: leaders of the far-right Proud Boys and Oath Keepers. Both groups have asked for access to the select committee transcripts, worrying that they might contain exculpatory evidence, but judges in both cases have emphasized they have no power to force Congress to turn over the documents. However, should Congress volunteer to hand those over, the Justice Department would have to immediately share them with criminal defendants who might cite them in their upcoming trials.

As select committee members emerged from their Tuesday meeting — the panel’s first in more than a month as the House returns from its summer recess — they remained tight-lipped about how they’d proceed on their most pressing decisions. Those include whether to call Trump or former Vice President Mike Pence to testify and when members plan to release their final report, along with reams of additional evidence they haven’t yet disclosed.

Thompson, the only member to speak substantively after the gathering, indicated that the committee intends to hold another public hearing on Sept. 28, though lawmakers have not yet decided on the topic — or whether it’s the first of multiple hearings. When asked if the committee had interviewed everyone in Trump’s former cabinet, Thompson replied “no”; several members like former Secretary of State Mike Pompeo testified during the August recess.

However, Thompson noted that the panel continued to bring in witnesses and just last week had “gotten significant information” from the Secret Service. “And we’re still getting it,” he added.

Anthony Guglielmi, a spokesperson for the Secret Service, said the information Thompson referenced was related to the panel’s July subpoena for a broad swath of documents like emails and messages related to Jan. 6 — including information related to agents’ deleted Jan. 6 text messages.

The select panel’s Secret Service investigation is one of its outstanding avenues of inquiry in its final months. Over the summer, committee members vented some frustration at the Secret Service over the deleted messages, plus anonymous denials from some reportedly close to the agency about the testimony of Cassidy Hutchinson, the former aide to White House chief of staff Mark Meadows who described interactions between Trump and the Secret Service.

Hutchinson testified to the select panel that Tony Ornato, a Secret Service official who was serving as a White House detailee at the time, had told her about a physical altercation between Trump and Robert Engel, the head of Trump’s security detail on Jan. 6. Ornato has since retired from the Secret Service. Guglielmi said the agency was waiting on the select panel’s invitation for Engel’s testimony and was still willing to make officials available to testify.