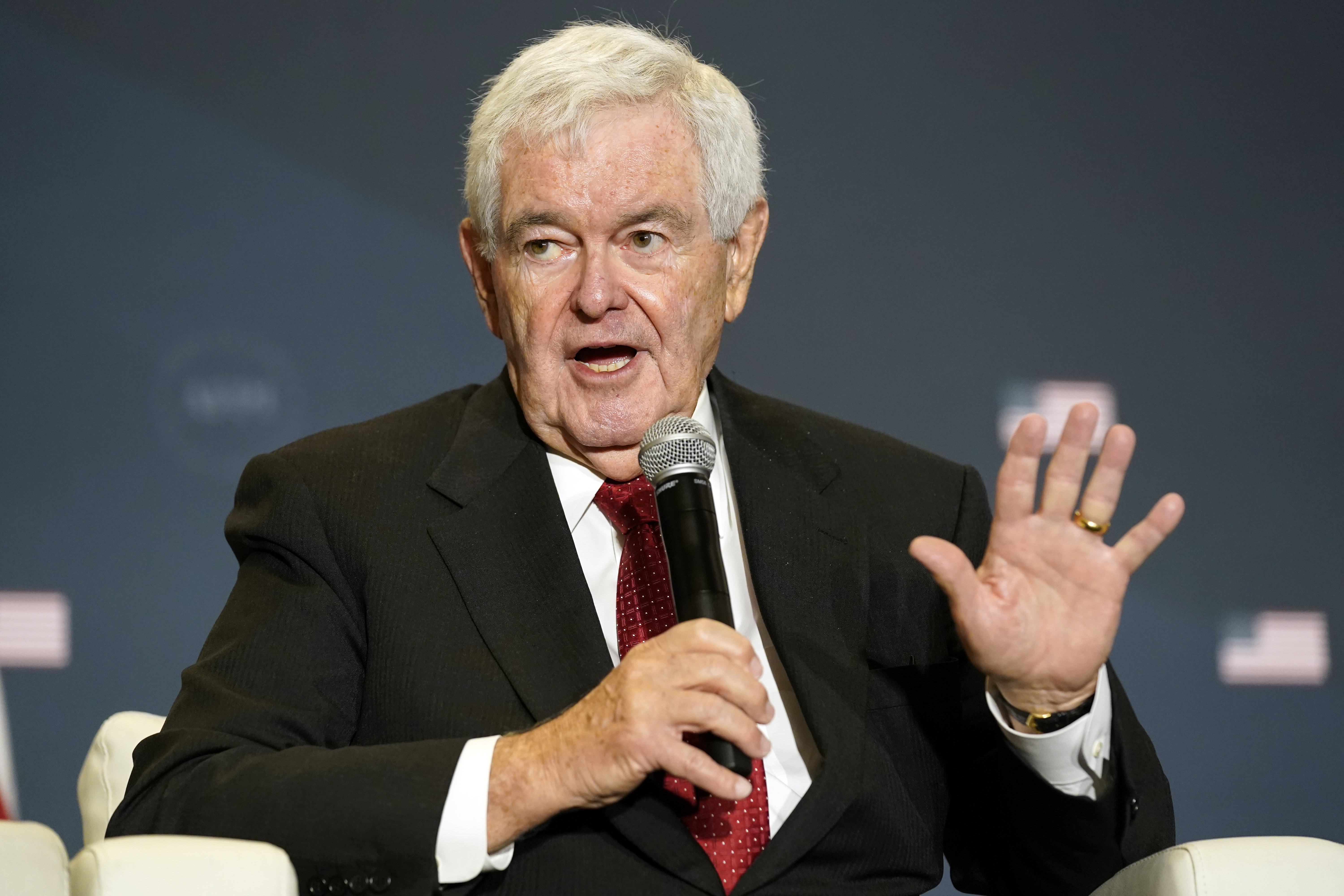 “The goal is to arouse the country’s anger through new verifiable information the American people have never seen before,” Gingrich wrote in a Dec. 8, 2020 email obtained by the select panel. “… If we inform the American people in a way they find convincing and it arouses their anger[,] they will then bring pressure on legislators and governors.”

In Georgia and several other states that President Joe Biden won in the 2020 election, Trump-allied lawyers crafted a plan to use false presidential electors to undermine the certification of Biden’s victory, with some participants saying they were the real electors, and others saying they were just part of a legal contingency plan. The select panel released several other messages it said were related to Gingrich’s involvement in efforts to overturn the election.

Gingrich sent one message on Nov. 12, 2020, to then-White House counsel Pat Cipollone and then-chief of staff Mark Meadows asking about the coordination of electors.

“Is someone in charge of coordinating all the electors? Evans makes the point that all the contested electors must meet on [D]ecember 14 and send in ballots to force contests which the house would have to settle,” Gingrich wrote.

And on the evening of Jan. 6, after the attack on the Capitol, Gingrich emailed Meadows and asked: “[a]re there letters from state legislators about decertifying electors[?]”

Reached by phone Thursday evening, Gingrich said he had not received a letter yet and declined to comment.

Gingrich, long a GOP insider, represented a Georgia congressional district for 20 years and became speaker after the 1994 midterms alongside his “Contract for America” legislative blueprint. Gingrich was seen meeting with Trump last year to help construct a MAGA legislative doctrine for the party.

The select panel asked to hold a transcribed interview with Gingrich during the week of Sept. 19 and requested he preserve communications with the White House, the Trump legal team or other figures related to Jan. 6.

After holding a series of hearings, the Jan. 6 committee dialed down its public-facing work over the August recess. The panel’s outreach to Gingrich is its first notable public step in weeks. Investigators have signaled they intend to resume public hearings once the House returns to Washington later this month, though details have remained closely held.

Mountains Calling for BJP or Can Cong Conquer Hills? Eyes on Mandate as Counting Begins at 8 AM