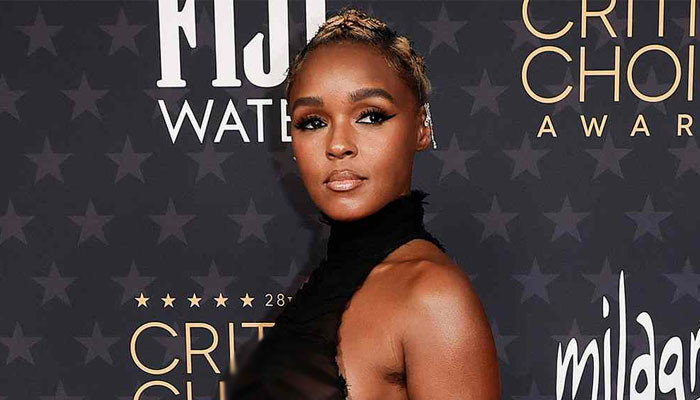 Janelle Monáe encouraged everyone to love their authentic selves as she accepted the seventh annual SeeHer Award at the Critics Choice Awards.

The awards were held at the Fairmont Century Plaza Hotel in Los Angeles on Sunday night, January 15, per Entertainment Tonight.

According to the Critics Choice Association, the honour is presented to a woman who advocates for gender equality, portrays characters with authenticity, defies stereotypes and pushes boundaries.

The singer and Glass Onion actress, 37, was presented the award by her co-star Kate Hudson, who spoke highly of Monae. Prior to receiving the award, the actress was celebrated for her representation of women through her work on screen, on stage and behind the microphone.

Once on the stage, Monae gave a powerful acceptance powerful speech.

In the beginning, she gave a shout-out to Hudson, “Kate, I love you so much. You are a sister. You are a force, and thank you for your time.”

After introducing herself and her pronouns – she/her, they/them – she began to highlight some often ignored struggles of people as she remembered “mother figure like my character Teresa,” abandoned children due to their gender identities. She also added shouted out to women “working in STEM like Mary Jackson, whose brilliant mind continues to advance the technology of this world that you are still fighting for equal pay, I see you. To the schoolteacher like Helen, risking your life every day to teach our kids because we still can’t get gun-control together in this country, I see you.”

Monáe continued with her tributes. “To her, with big ideas, like Andi, who constantly has to deal with billionaire douchebags with no original ideas parading around his genius, I see you. These are just a few of the characters I’ve had the honour of playing.”

Monae added that she “tried to make an effort in my work, whether it’s storytelling through music, through film, through TV, to fashion, literature, to highlight the ones who’ve been pushed to the margins of society, who have been outcast or relegated to the other.”

“This is a deeply personal choice for me because I grew up to working-class parents: My mother was a janitor, my father was a trash man, and my grandmother was a sharecropper in Aberdeen, Mississippi,” she said. “And it’s personal because I am non-binary, I am queer, and my identity influences my decisions and my work.”

Detailing how she found her purpose with her art, Monae concluded, “So to anyone out there like me watching right now, I just want you to know that I see you — but I challenge you to see you.”

Previous recipients of the SeeHer Award include Viola Davis, Gal Gadot, Claire Foy, Kristen Bell, Zendaya and Halle Berry. The award “honours a woman who advocates for gender equality, portrays characters with authenticity, defies stereotypes and pushes boundaries,” according to a press release, via People.