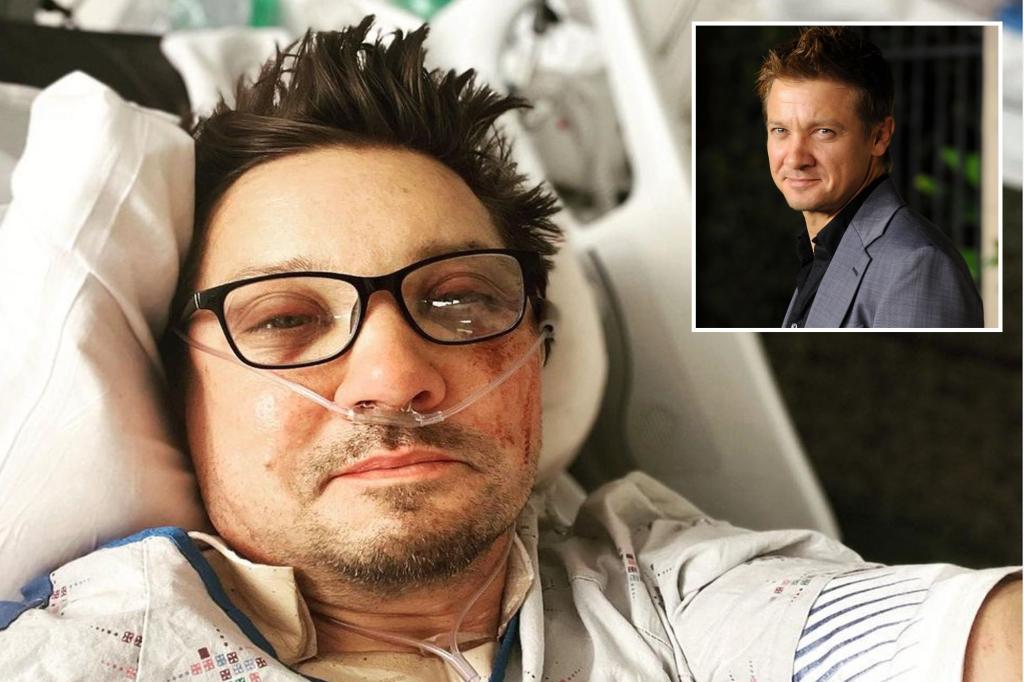 Jeremy Renner’s injuries from his freak snow plow accident are “worse than anyone knows” and could require two years to fully heal, according to a new report.

The Marvel actor suffered critical injuries in the New Year’s Day incident in which he was run over by the heavy duty machinery near his Reno, Nevada home.

Renner was airlifted to the hospital for “blunt chest trauma and orthopedic injuries,” according to a statement from his representative.

He has undergone surgery and remains in the hospital, where he has shared some selfies and videos since.

However, a source close to the “Hawkeye” actor told Radar Online that his condition is worse than what has been revealed publicly.

“It’s much worse than anyone knows,” the source said. “Jeremy is very aware of the fact that he almost died out there.”

Renner, 42, was helping a stranded motorist by clearing the snow when his Kässbohrer PistenBully snow plow began rolling on its own. As he attempted to hop behind the wheel and stop it, the 6.5-ton plow ran him over, crushing his leg.

The Oscar-nominated actor suffered “extreme difficulty” breathing and was bleeding heavily from his head. The right side of his chest collapsed as his upper torso was crushed by the vehicle, according to a 911 log obtained by TMZ.

“Word is the damage to Jeremy’s chest was so substantial, it had to be reconstructed in surgery,” a source told Radar Online.

An insider told the outlet that it could take two years for Renner to make a full recovery.

“So far, he’s had two surgeries and he will likely require more in the weeks ahead on his leg,” the source said. “Doctors tend to space out operations to allow time for the body’s natural healing process to kick in, and that’s the case here.”