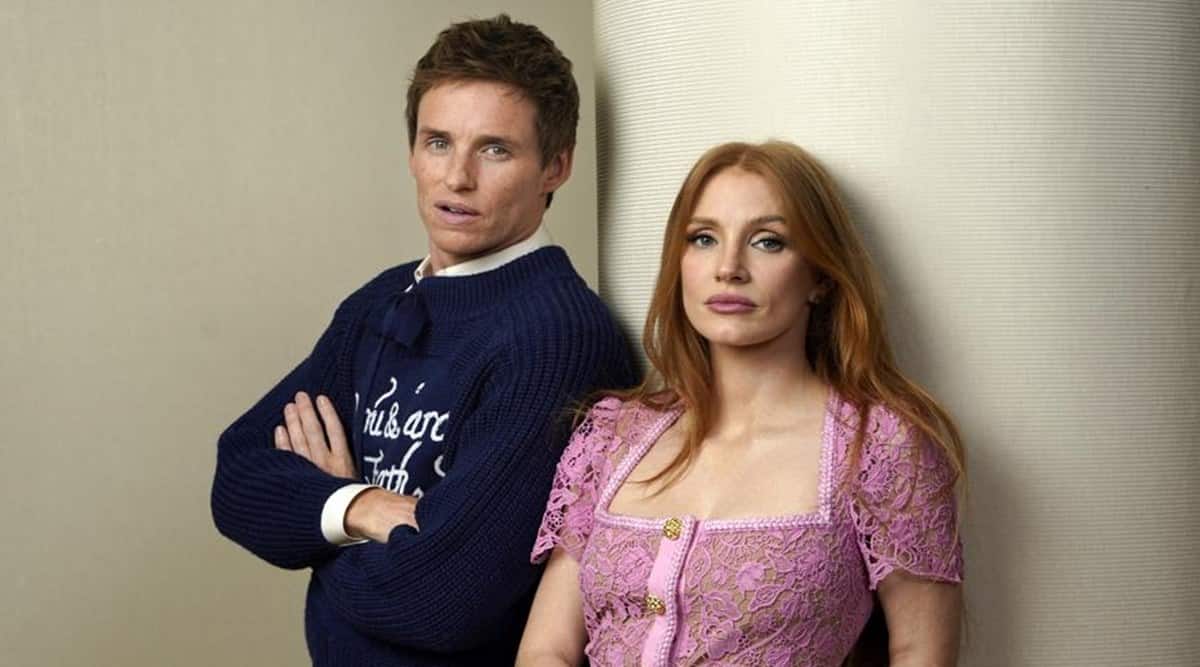 Jessica Chastain and Eddie Redmayne’s careers were, perhaps, always on a collision course. Their similar red-haired, fair-skinned appearances have long been compared. At the 2017 Golden Globes when they presented together, host Jimmy Fallon introduced them by rapping “Chastain and the Redmayne” to the beat of Cypress Hill’s “Insane in the Membrane.”

Since meeting at a children’s film festival in Italy years ago, they’ve been friends, too. Even if they’ve occasionally verged on being rivals.

“I think we needed The Danish Girl, because everyone always talks about how we look alike,” Chastain says. “I took a picture of him in costume in character and I emailed Eddie and I said, ‘Stop taking my roles, (expletive).’”

The Good Nurse, which premiered over the weekend at the Toronto International Film Festival, brings Chastain and Redmayne together on screen for the first time. It’s a deft, chilling true-life drama that revolves around the case of Charles Cullen, a nurse at East Coast hospitals who murdered at least 29 patients. The film is directed by Tobias Lindholm and adapted by screenwriter Krysty Wilson-Cairns (1917, Last Night in Soho) from Charles Graeber’s 2013 book, The Good Nurse: A True Story of Medicine, Madness and Murder.

Chastain plays Amy Loughren, a New Jersey single-mother nurse who befriends Cullen (Redmayne), after he’s newly hired. In an interview together at a Toronto hotel ahead of the film’s premiere, their easily apparent chemistry in the film was even more effusive in person.

“We play friends,” Chastain says, over-emphasizing “play.” “That was hard.”

“It was a joy,” beams Redmayne, causing Chastain to laugh and sigh: “He can’t even pretend.”

The film, which Netflix will release in theaters Oct. 19 and stream Oct. 26, deals with not just with a stealthy serial killer but the for-profit health care system that allowed him to go undetected for so long. Nnamdi Asomugha and Noah Emmerich co-star as police detectives.

“For me, the script was a complex story, a mixture of this very intimate friendship, a story of heroism by Jessica’s character, Amy,” says Redmayne. “But in some ways, it was a questioning of a system, and how that system worked or failed.”

The Good Nurse was initially set up several years ago, but Lindholm, the Danish writer of several Thomas Vinterberg films including the Oscar-winning Another Round and The Hunt, committed to making a sprawling Danish miniseries, The Investigation, about the death of 30-year-old Swedish journalist Kim Wall. The actors discussed their options and elected to wait for Lindholm.

“We had so many conversations before we even started. So we knew what we wanted with the film, and we were looking forward to it,” Lindholm says. “We came in with an extremely caring and loving energy. The three of us would be the core. My idea was that the three of us would create this film together.”

For Chastain, 45, and Redmayne, 40, making The Good Nurse came with some trepidation. Working with friends, they note, can mean seeing a different side of someone. Redmayne’s character, too, is a deeply damaged person who puts up a gentle and warm facade. Redmayne’s slightly hangdog physicality in The Good Nurse is different than anything he’s done.

“I respect that he doesn’t need to torture other people around him to believe his performance,” says Chastain, who adds she respects any actor’s process. “I’d be talking to Eddie just as easily as this, and then ‘We gotta roll,’ and here comes Charlie. It wasn’t like we were having to work with Charlie. I was like, ‘Phew. I still like you, thank God!’”

The Good Nurse is Chastain’s first film since she won best actress at the Academy Awards earlier this year for The Eyes of Tammy Faye. Promotions have highlighted that the two leads of the film are Oscar winners; Redmayne won best actor for his Stephen Hawking in 2014′s The Theory of Everything.

“I have to say when I saw the trailer of our film and it was like both of us had it, I was like, ‘Yes,’” says Chastain.

“That’s almost the best feeling,” Redmayne responds. “Because you don’t really believe it when it happens.”

Chastain had previously had a superstition about holding an Oscar, and once refused to touch Redmayne’s award.

“But now,” she says, laughing, “I’ll hold your Oscar and you can hold mine.”