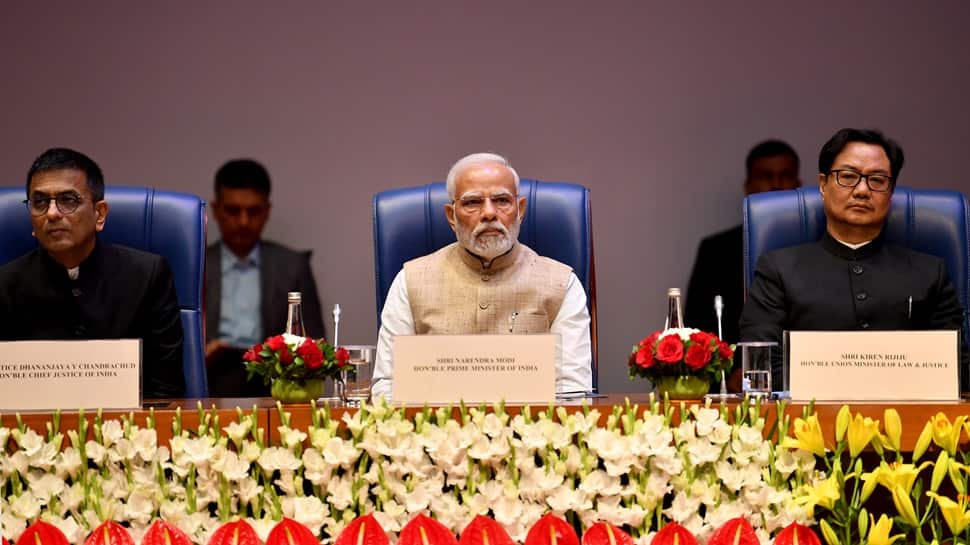 In a big development amid the ongoing tussle between the Centre and the Supreme Court over the collegium system, the Law Ministry has written to Chief Justice of India DY Chandrachud suggesting the inclusion of government representatives in the collegiums. It may be recalled that the Supreme Court formed two-tier collegiums for the appointment of judges to the top court.

The law ministry wants transparency and public accountability in the selection process of constitutional court judges, reported several media houses. It may be recalled that President Draupadi Murmu, Vice President Jagdeep Dhankhar and Law Minister Kiren Rijiju have earlier voiced their concerns regarding judicial reforms, especially in the appointment of judges.

The law minister today said that the letter was just a follow-up action of letters written earlier to the CJI following direction of the Supreme Court’s Constitution Bench issued while striking down National Judicial Appointment Commission Act. “Constitution Bench had directed to restructure MoP of collegium system,” said Rijiju.

Earlier, Rijiju had publicly said that the collegium system lacked transparency and accountability.

According to the reports, the apex court has termed the government’s suggestion a fresh attempt towards backdoor entry of the National Judicial Appointment Commission Act. Parliament had passed NJAC unanimously in 2015 but the Supreme Court had quashed it by calling it unconstitutional in 2015. The NJAC had proposed to be headed by the CJI with the two most senior judges as its members besides the law minister and two eminent persons selected by a panel comprising the PM, leader of the opposition and the CJI.

The Law Minister had told the Rajya Sabha that it received representation from across quarters on the lack of transparency, objectivity and social diversity in the collegium system appointment of judges to the Supreme Court and High Court.

On the other hand, Delhi Chief Minister Arvind Kejriwal today slammed the Centre’s move seeking representation in the Collegium system. “This is extremely dangerous. There shud be absolutely no govt interference in judicial appointments,” said Kejriwal in a tweet today.