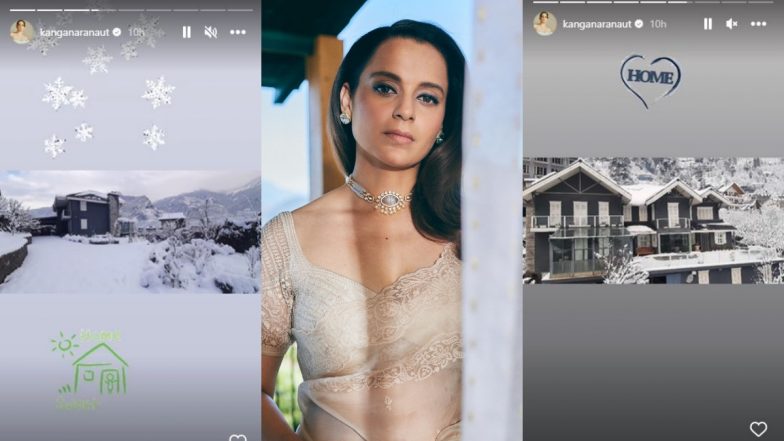 With another picture of the house, she wrote, “Missing bonfire and papa ka banaya hua pahadi meat (pahadi meat cooked by dad), definitely missing seasonal skiing.” She concluded her post with a caption, “Meanwhile mountain girl” along with a teary-eyed girl sticker with ‘I miss you’ written on it.

Speaking of Emergency, it revolves around the life of former Prime Minister Indira Gandhi and features Kangana in the titular role of the late politician. Apart from Kangana, the film stars Anupam Kher, Mahima Chaudhry, Vishak Nair and Shreyas Talpade in prominent roles. The official release date of the film is still awaited. Kangana only directing it.

Kangana will also be seen in Sarwesh Mewara’s Tejas in which she will be seen portraying the role of an Indian Air force pilot. The official release date of the film is still awaited. Apart from that, she also has, ‘Manikarnika Returns: The Legend of Didda’, and ‘The Incarnation: Sita’ in her kitty.