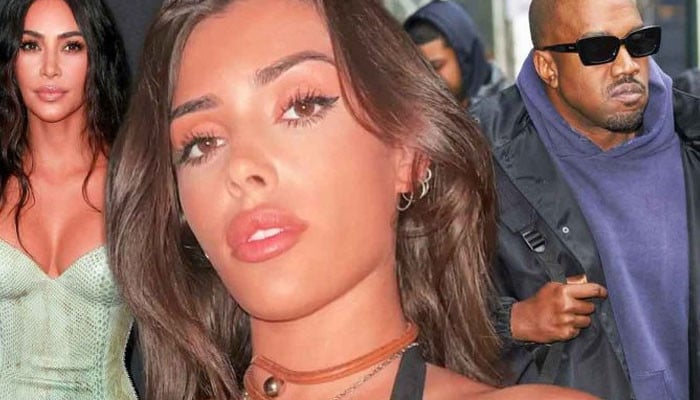 This led to a flurry of reports suggesting Kim Kardashian’s pre-existing bad blood with the Yeezy employer.

However, there were speculations that the 27-year-old may be doing the SKIM founder a big favour.

Previously, Julia Fox came on record to reveal that she dated the disgraced rapper to get him off from the makeup mogul back.

“Maybe I can get him off of Kim’s case,” she said. “Maybe I can distract him, like, just get him to like me.”

“Like, ‘Maybe I can distract him, like, just get him to like me,'” Fox added. “And I knew if anyone can do it, it’s me because when I set my mind to something, I do it.”

The Puppet star justified her actions by saying she was a fan of the Kardashian family.

“When I had a fashion line 10 years ago, they actually bought our clothes and sold them in their [Dash] stores, so I’ve always had, like, a love for Kim,” Fox explained. “Like, the big three. Khloé, Kim, Kourtney, those are my girls.”

Meanwhile, the former love bird, West and Kardashian, had a public fallout when the 45-year-old openly called out the reality star and mother-of-four, returning the favour by publicly spilling private family matters.

Nonetheless, the possibility, however remote, cannot be ruled out that Bianca may be taken a page out of Fox’s feminism playbook and is doing Kardashian a favour by taking West off her hands, per SMH.

It is pertinent to mention here Fox’s profile skyrocketed after she dated the Donda hitmaker.

As per Google Trends, the TikTok star searched on Google scored more than seven times during the initial week of her romance with West than she was at any point in her career over the last three years.

Share
Facebook
Twitter
Pinterest
WhatsApp
Previous article
It seems like everyone’s getting sick this winter. Parents and health care workers, how are you coping?
Next article
Comer will ‘continue to press’ for info on Biden docs scandal after White House says no visitor logs in DE