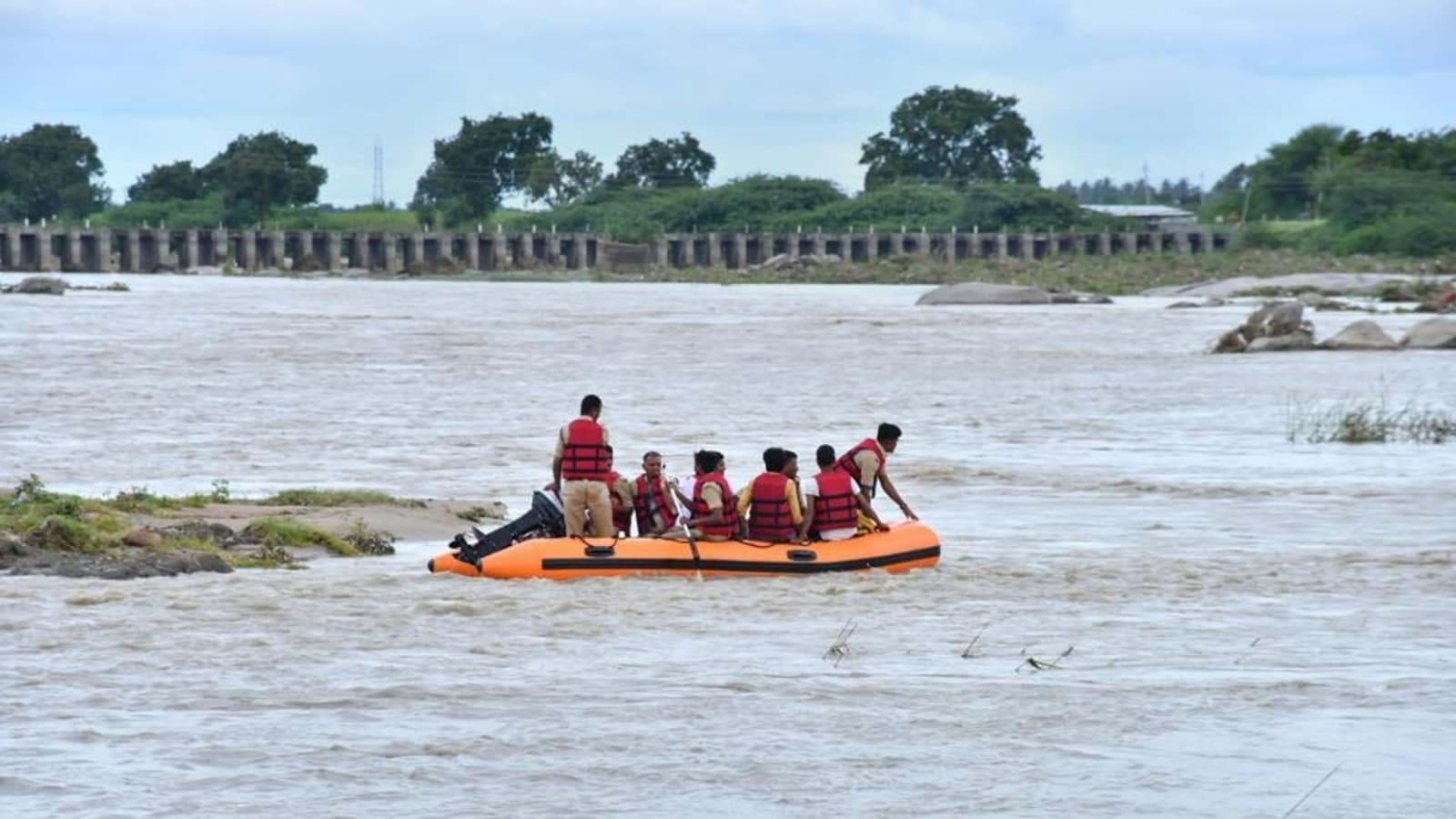 Several rivers in Karnataka are again in spate following heavy rains in their catchment areas as well as in the upstream in the neighbouring Maharashtra, officials said on Tuesday.

According to them, the affected districts are: Belagavi, Bagalkote, Vijayapura, Chikkamagaluru, Uttara Kannada and Kodagu.

The sources said Gokak town in Belagavi and parts of Bagalkote are flooded due to torrential rains in parts of Maharashtra.

Sources said 11 gates of Bhima Barrage were opened and over one lakh cusecs of water released. Similarly, the Hidkal dam gate has also been opened releasing over 28,000 cusecs of water from it.

Reports said water is overflowing in many bridges in Chikkodi, Ramadurga, Nippani and Khanapur Taluks in Belagavi district, Mudhol Taluk in Bagalkote district, and Honnavar in Uttara Kannada district.

Landslides were reported in some parts of Charmadi Ghat, according to officials.

Bengaluru crime: 30-year-old murdered by a gang of 6 at midnight, 3 were women | Bengaluru