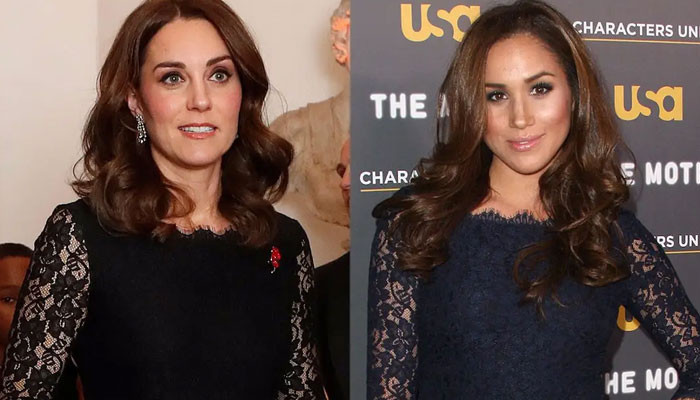 Meghan Markle was reportedly upset when Kate Middleton’s wardrobe was prioritized over hers, reported Telegraph.

The Suits alum loved British designer Erdem Moralıoğlu’s dresses but when she became a member of the royal family, Kate was given priority.

The outlet reported that Prince Harry in his book alleged that the palace for pitting Kate and Meghan against each other.

Prince Harry writes in his book that Meghan wore Edem’s red Sebla dress after the Invictus Games in Toronto in September 2017. However, when the now-Princess of Wales continue to wear the dresses by the designer, Meghan couldn’t wear them until Commonwealth Day in March 2019.

Meanwhile, a royal commentator recently weighed in over a series of attacks Prince Harry made at Kate in his book.

GB News host Dan Wootton said that the Duke of Sussex has crossed his brother’s “red line” with the “completely despicable” allegations against the now-Princess of Wales.

“William ain’t going to forgive and forget. His red line, by the way, was not the personal attacks on him, it was the attacks on Kate, his wife,” Dan said.

“He found that completely despicable when Meghan went on international television and claimed that Kate had made her cry. We’ve then seen more attacks on Kate in the Netflix documentary,” the GB News host said.