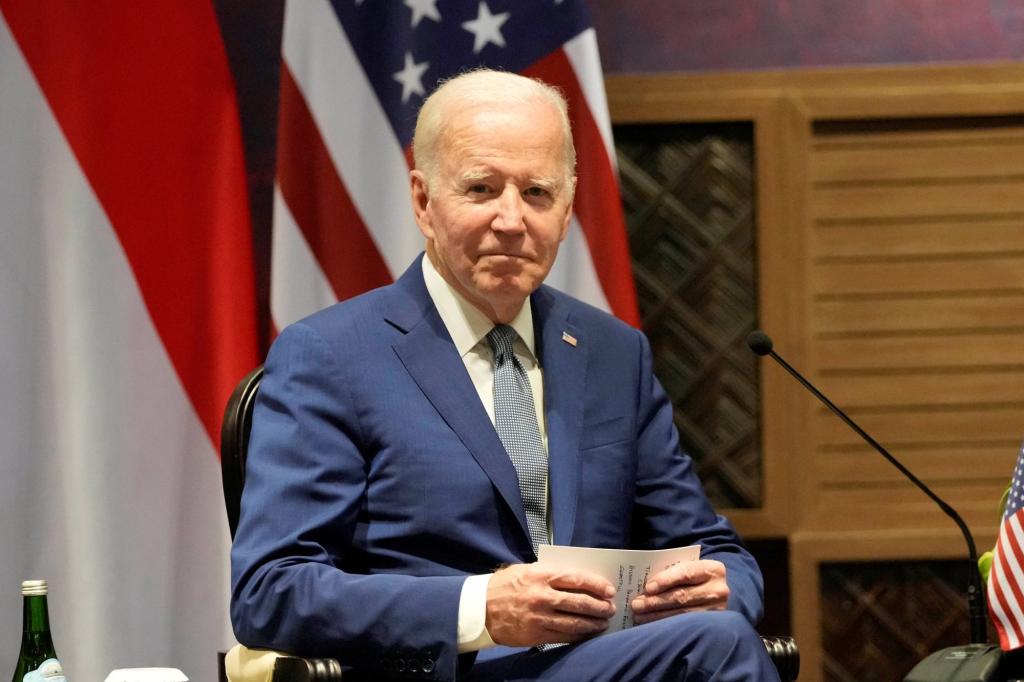 The Issue: President Biden’s dismissal of concerns after top-secret documents were found in his garage.

The classified documents found in the possession of President Biden are documents that he has had since his tenure as vice president (“Anybody vette this guy?” Jan. 13).

These papers were not declassified. Why did ex-Vice President Biden have classified documents at all? Why is the American public just finding out about it now when the Justice Department was notified Nov. 4?

Classified documents have been found in not one, but multiple locations. And why is Biden allowed to explain this breach in national security away?

Thank God his garage is locked because of his 1968 Corvette! It’s not like the classified material was out on the street. Phew!

Finding top-secret classified documents in Biden’s garage next to his Corvette at his Delaware home isn’t the worst thing that could have happened.

If his house didn’t have indoor plumbing, it might have been found in his adjacent outhouse. Top-secret classified documents always makes for good bathroom reading (as long as different paper products aren’t confused).

The fact that Biden had the revolting gall to chastise Trump for being irresponsible with classified documents, when he did the same, is appalling.

When asked by White House correspondent Peter Doocey if the garage with the documents was secured, Biden responded “yes, as well as my Corvette.”

The president insinuated that his Corvette and the classified documents were equivalent in significance.

This abomination leads one to wonder how many other locations may contain classified documents.

From putrid policy-making to being a pathological liar to being physically and mentally unfit to be the leader of the Free World, Biden has made a mockery out of the United States presidency.

My garage is like most garages. It’s filled with storage shelves, has two windows and two garage doors operated by remote openers. But now, to my shocking surprise, it is perhaps one of the safest places on the planet.

Especially because my garage is occupied by a 2008 Mini Cooper turbo convertible special “Sidewalk” edition — not quite as cool as Biden’s 1967 Corvette, but close.

Seasonally, I have to retrieve these items from the pack-rats’ cache, and I’m always surprised to find bits of chewed paper, remains of woodworking plans and old newspapers. I wonder if Biden has pack rats chewing up top-secret, classified documents.

I think I might consider filling a few cardboard boxes with every legal document I have and loading them in the shelves next to my Mini, knowing that in my relatively insecure downtown location, I nevertheless have the ultimate vault for everything we consider valuable, especially since it houses our Mini Cooper.

It’s pretty obvious by now that Joe has been losing it for quite a while, putting classified documents in the garage.

One major question: Who else had access to the garage while Joe was sleeping and eating ice cream in the basement?

The liberal left totally lost its mind when former President Donald Trump had top-secret documents stored at Mar-A-Lago, but when top-secret papers from Biden’s time as vice president were discovered at his former think tank office — and also in an unsecured garage at his mansion in Delaware — it’s declared by the liberal left as inadvertently misplaced. Really?

It only proves that there would be no standards in Washington, DC, if there weren’t double standards.

I don’t have any real faith that this matter will be resolved fairly, but I pray to God that the powers that be will be transparent and follow the rules and the law.

How the wokeness it pushes could destroy higher ed