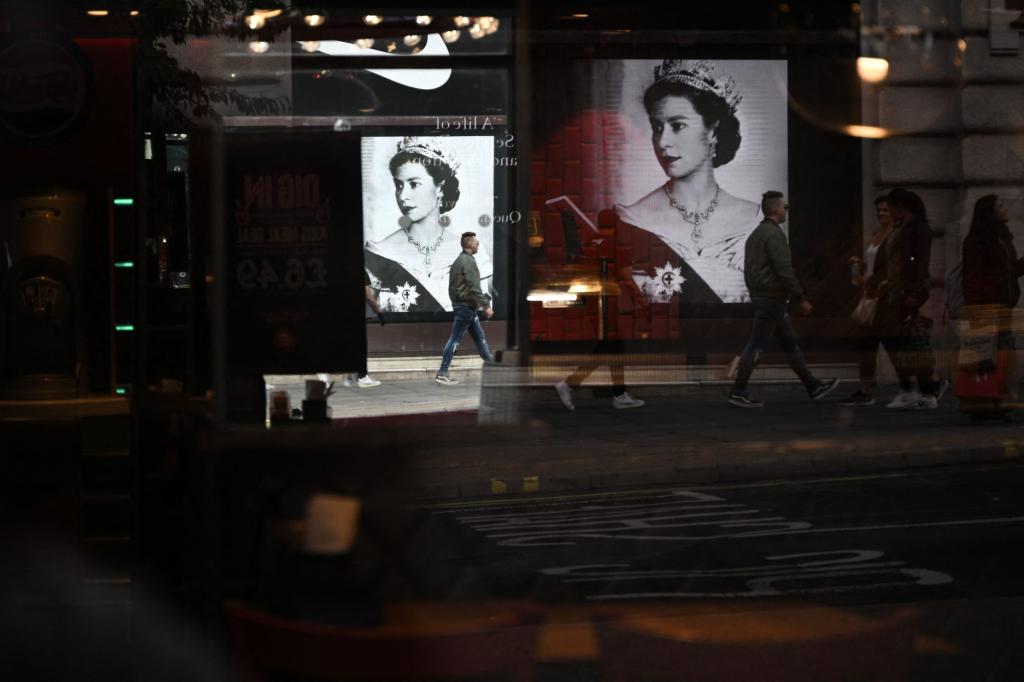 The Issue: The death of Queen Elizabeth II, Britain’s longest-serving monarch, at the age of 96.

Queen Elizabeth was part of the fabric of British life (“The queen,” Sept. 9).

She was everyone’s mother and grandmother. Every Brit (including myself) felt a personal loss when she passed away.

She will be a hard act to follow, but I know that everyone in the United Kingdom will be wishing King Charles III every success in his reign.

There a very few people who deserve our love and respect, and Queen Elizabeth is in the top three.

For decades, she reigned with compassion, fairness, patriotism and unselfishness. She was simply a good lady.

Throughout her 70 years on the throne, even when things were tough either globally or personally, she never wavered and stood tall for what she believed in.

Her one misstep may have been not speaking soon enough after Princess Diana’s death, but realizing her mistake, she addressed Great Britain with sympathy and love. May God bless her and may she rest in peace.

Queen Elizabeth was thrust into the role of monarch long before expected. Her response was to go above and beyond the call of duty.

During her 70-year reign, she led Great Britain through peaks and valleys with a calm, quiet determination. She always maintained her composure in dealing with crisis, whether national or personal.

She was a role model we should all strive to emulate. During her reign, she adapted with the times, but did so by never losing her grace, elegance and dignity. Requiescat in pace.

Few can imagine the dignity, inspiration and respect world leaders would command if they emulated the finer qualities that Queen Elizabeth brought to her reign for 70 years, without blemish, without conceit and without fail.

Who could measure up? Not Russian President Vladimir Putin, not former President Donald Trump and not President Biden.

With the passing of Queen Elizabeth, it’s worth discussing the emotional outpouring by millions of people throughout the world.

Much of it is explained by her values. As stated by Piers Morgan (“Reign ranks supreme,” Sept. 9), she was “a woman who devoted her life to duty, putting service to her country above all else.”

In other words, it wasn’t about her, nor her ego, but rather about serving her country with dignity and wisdom.

Compare that to the leaders of present-day America: angry, petty, frustrated, constantly lashing out and demonizing opponents for having the audacity to oppose them.

Nothing is their fault, all mistakes must be deflected upon their real or imagined enemies and self-interest completely overwhelms self-restraint.

The contrast cannot be ignored after the death of such a gracious person. That makes her loss even greater.

Queen Elizabeth, who reigned as England’s longest monarch, was indeed a lady with a lot of class and kindness.

She led England with humanity and empathy, always looking out for the welfare of the British people.

Now she has ascended the long stairway to that great big palace in the sky to be with her late husband. She left a very heavy mark on world politics, and she always was the best of the best.

May God lend comfort to the royal family as well as to the British people in their hour of sadness.

The entire world has lost a truly superb human being. We all will mourn the loss of this wonderful queen.

The tiny giant of a queen we just lost carried 1,000-plus years of Britain’s immeasurable contribution to all that is noblest and most hopeful in the human spirit on her shoulders. God save the queen’s legacy.

Letters to the Editor: A response to out-of-state conservatives who insist L.A. is failing

Only the GOP can oust toxic Trump