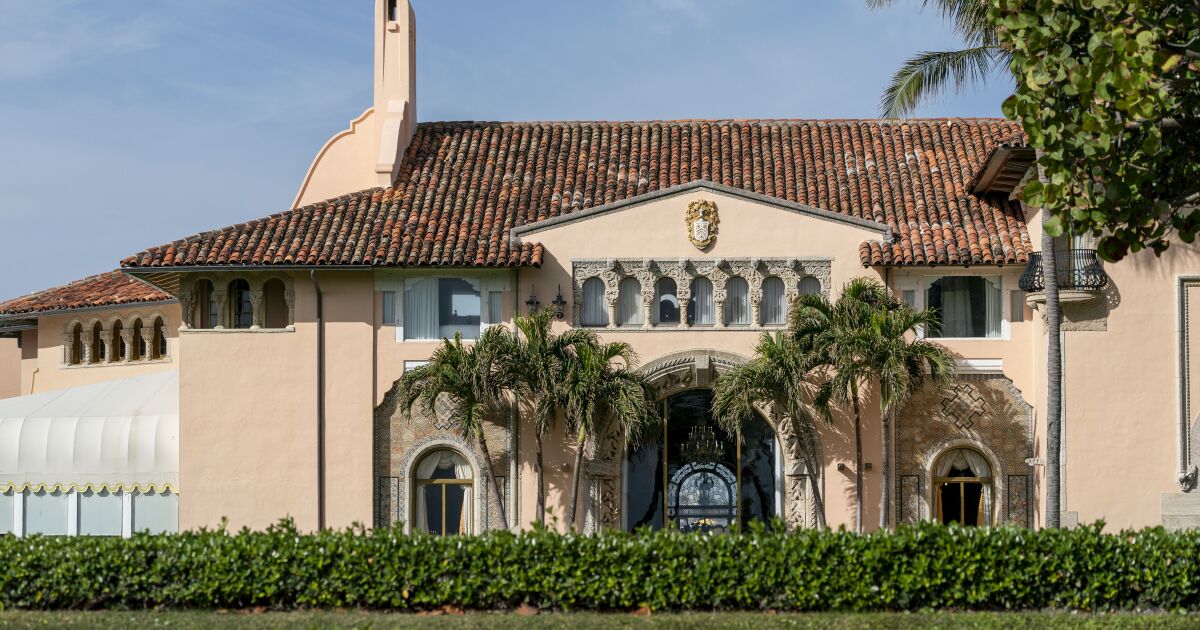 U.S. District Judge Aileen Cannon’s order requiring the appointment of a special master to sift through the property seized in the search of Mar-a-Lago has found few defenders. Its tendentious factual account and muddled legal reasoning are easy to denigrate.

Nevertheless, some observers are suggesting the bottom line is not so worrisome, and that the best counsel for the Department of Justice is to take its lumps and go through the process Cannon has prescribed.

As a former prosecutor and Justice Department official, I can’t see it. The Cannon order is not only grievously flawed, it threatens inordinate delay and potential scuttling of the entire criminal investigation.

The department should appeal, even though it means risking a bad outcome from the Donald Trump-appointed judges on the U.S. 11th Circuit Court of Appeals and an increasingly partisan Supreme Court.

With his request for a special master, Trump went shopping for a judge on the Federal District Court for the Southern District of Florida rather than submit it to the magistrate judge who already was handling the document search. Bringing a whole new lawsuit for return of property was a highly unusual maneuver, and it required Trump to make a heightened showing of likelihood of success and irreparable injury.

The fundamental problem for Trump is that he has no “possessory interest” in the thousands of public documents he spirited away from the White House and then repeatedly refused to return. The law is clear that all documents related to his administration are owned and possessed exclusively by the United States. As the Justice Department argued in Cannon’s courtroom, without possessory interest, Trump has no standing to ask for the return of government property.

Even Trump’s most ardent defenders, who have tried to trivialize the case as mere mishandling of documents, don’t suggest that he rightfully took them or held on to them in the face of a subpoena.

Cannon to the rescue. Her opinion repeatedly employed a clumsy gambit for getting around the elephant in the room. A fraction of the material seized in the search included personal documents and effects — medical documents and tax correspondence. Cannon found that Trump’s interest in the personal documents was enough to confer standing for the rest.

That is not how standing should work here. If the government seizes my possessions and those of my roommate, I typically could challenge the seizure of only my property.

Cannon used the same stratagem to dispense with Trump’s need to show irreparable injury and likelihood of success. She focused on his interest in his own materials but issued an order covering all of the public documents as well.

She also ordered the criminal investigation to make no further use of the seized documents, even as a national intelligence investigation can proceed. But that means that the attorney general and deputy attorney general, who oversee both investigations, risk disqualification from the case if they look at any of the documents as part of the national intelligence inquiry. Such an outcome, and the order itself, constitute remarkable judicial intrusions on the executive branch.

Most perversely, and potentially disastrously, Cannon agreed to Trump’s request for a special master to look at whether any of the documents were “privileged,” and proceeded to lump together attorney-client privilege — the typical subject of a special master review — and executive privilege.

In this case, a special master to review attorney-client privilege is wholly unnecessary and all but unprecedented. Such appointments typically concern searches of attorneys’ offices, which would be rife with attorney-client material that would have no bearing on the particular federal investigation and would need to be protected. (Cannon found one case with a different fact pattern, but only one.)

At least this part of her order is relatively harmless. Settled law has established what constitutes attorney-client privilege and when the subject of an investigation’s rights have been abridged. Special masters appointed in these cases are able to just call balls and strikes, separating what can and can’t be handed over to prosecutors.

Not so executive privilege.

There is no law governing when, if ever, a former president can assert executive privilege over documents from his tenure. The Supreme Court has indicated that the question raises “serious and substantial concerns.” But it also has held that there is no need to deal with those concerns where, as here, the current president has waived executive privilege and the executive branch is seeking documents to investigate a criminal case.

So on what basis would a special master looking at the Mar-a-Lago documents determine if executive privilege applies? Whoever is appointed special master can’t call balls and strikes when we don’t know the contours of home plate, much less the strike zone. He or she would have to undertake the far more weighty inquiry into the completely mysterious issue of whether Trump has any rights that require the documents’ return. It’s a crazy prospect.

The whole notion of Cannon’s order — that Trump, out of office for 20 months, has any rights to assert over 11,000-plus White House documents that by law he was required to turn over to the National Archives — serves to undermine the basis of any investigation or charges against the former president. If he was justified in purloining some of them, good luck proving his guilt and criminal intent for the whole haul.

In addition to posing the likelihood of a delay of a year or more in the documents case, Cannon’s misbegotten opinion carries the seeds of undermining the entire investigation.

It’s a set of circumstances the Department of Justice cannot abide. Look for a righteous appeal.

Over 500 Localities Without Power: Ukraine