Lohri 2023 Dishes From Pindi Chhole to Gur Ki Gajak To Bring On Some ‘Punjab Ka Tadka’ to Your Thali Today! 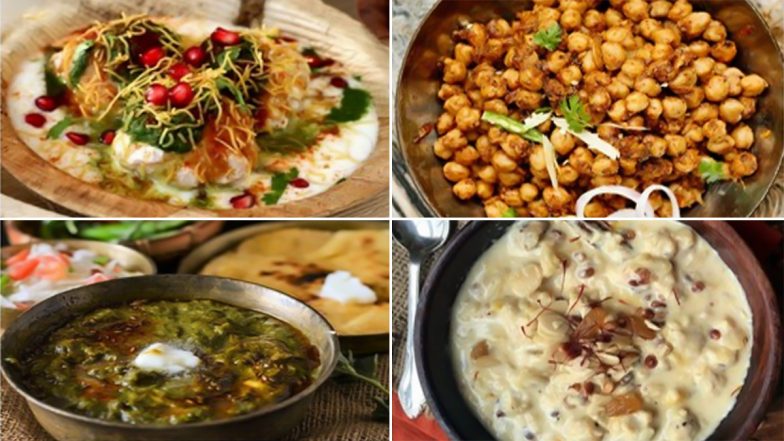 Amritsar, January 14: Every year in the month of January, India celebrates the Lohri festival on 13 January. In addition to celebrating the crop harvest, Lohri marks the end of the winter season. The nation as a whole, but especially Punjab and Northern India, celebrate Lohri with great fervour and happiness.

The nationwide celebration of Lohri will take place on January 14 this year, and preparations have already started. One of the happiest and most widely celebrated festivities in India, Lohri also includes the warmth of bonfires, delicious foods, and the sounds of old-fashioned folk melodies. It is celebrated on the eve of Makar Sankranti to mark the conclusion of the winter solstice and the beginning of longer days. We offer you a comprehensive list of traditional foods to include in your “Lohri Ki Thali,” ranging from sweets prepared with peanuts, jaggery, and til to ‘Sarso ka saag’.

Sarson da saag and Makki ki roti is a traditional Punjabi recipe that is enjoyed on the day of Lohri festivities. This delicacy can be made in thirty minutes with simple ingredients and Indian spices.

A platter of hot, flavorful, and real Pindi chhole is all it takes to take our heart and soul to the narrow streets of Old Delhi, no matter where we are or what day it is. And it goes without saying that Punjab has given foodies all over the world this gastronomic treasure as a gift. This recipe will give your Lohri ki thali a masaaledaar touch. The recipe will enhance your meal just enough when served with Makki ki roti.

Chiraunji Makhane Ki Kheer is both nourishing and luscious. The kheer will keep you warm during the Lohri celebrations as it is loaded with milk and the goodness of dry fruits.