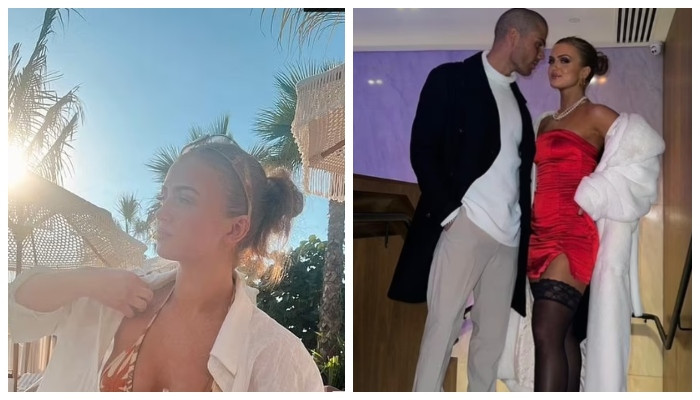 Maisie Smith dropped jaws with her killer looks as she rocked in throwback snaps wearing tiny bikinis while holidaying in Dubai with her boyfriend Max George.

The former EastEnders actress, 21, slipped into a white thong bikini and posed her peachy bottom towards the camera as she waded in a rooftop pool.

Likely a snap taken by her lover Max, 34, Maisie was reminiscing on their recent trips abroad together, which included both Dubai and New York in December.

Sharing the snaps to her 1 million followers on Instagram at the weekend, Maisie captioned the post: ‘Core mems’.

It comes after Max hit out at an Instagram follower who accused him of making his girlfriend Maisie ‘look and act differently’.

The Wanted singer who began dating the 21-year-old actress earlier this year, told the fan to ‘shut up’ on Sunday.