Melanie Griffith seen with scar on her face after skin cancer 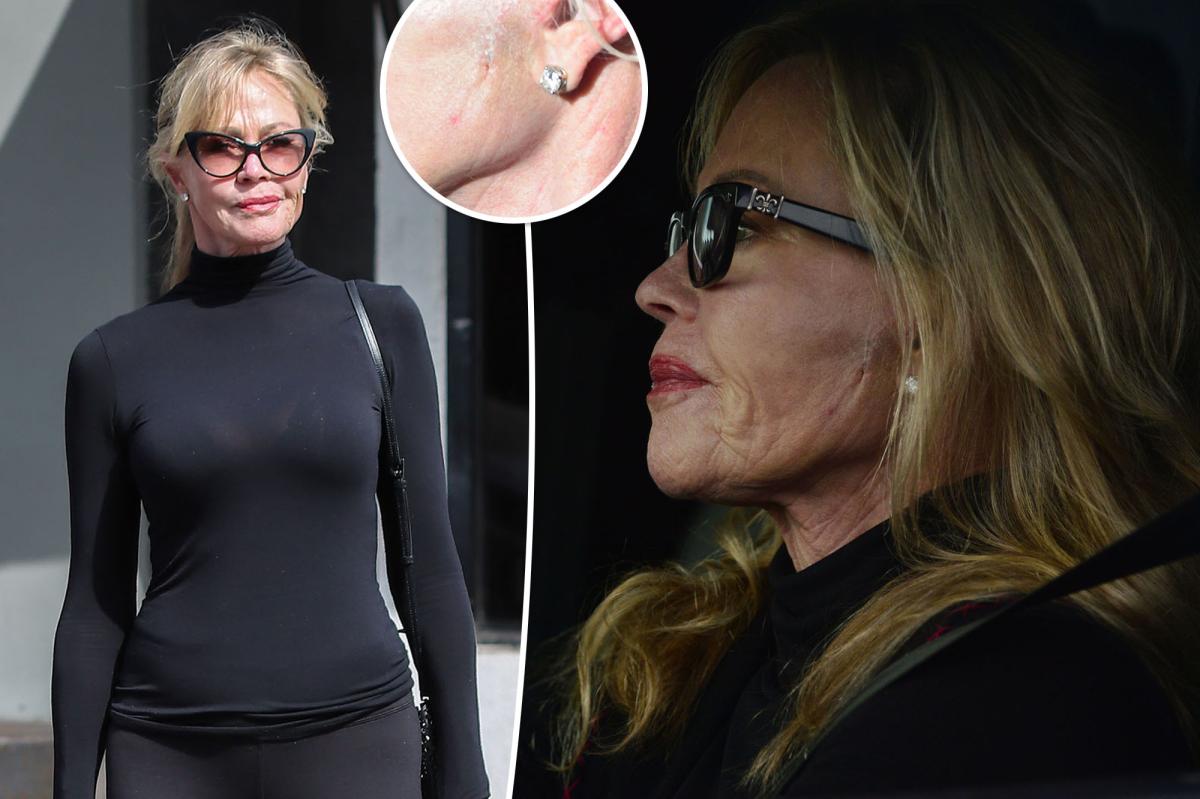 Melanie Griffith went for a drive and showed off more than she expected to.

The “Working Girl” star was photographed in her car Friday afternoon and was seen with a large scar on her left cheek.

A closer look shows that a small part of the laceration, which appeared to be sewn with stitches, remained open and healing.

The reason for Griffith’s scar is unknown.

During her outing, the “Now & Then” actress, 65, looked chic in a pair of black-rimmed glasses, a black turtleneck, diamond studs and a glossy red lipstick.

In 2018, Griffith shared a photo of herself with a bandaged nose after she had undergone a procedure to remove skin cancer from her face.

“Bandaged again after having dermabrasion, the final step to fix the now removed basil cell skin cancer,” Griffith wrote in the caption. “If any of you have it, get it fixed. If you lay in the sun, are exposed to lots of sun, be CAREFUL.”

She added, “Use sun screen. Get checked out by your Dermatologist. If you don’t have one, get one, or go to your nearest clinic and ask to be tested for it.”

Earlier that year, Griffith had opened up to InStyle magazine about the toll her skin cancer battle had taken on her, describing it as a “a scary thing when you’re an actress and you depend on your face for work.

“But I realize I have to put a Band-Aid on it, and it’s fine. I just look like a dork,” she added.