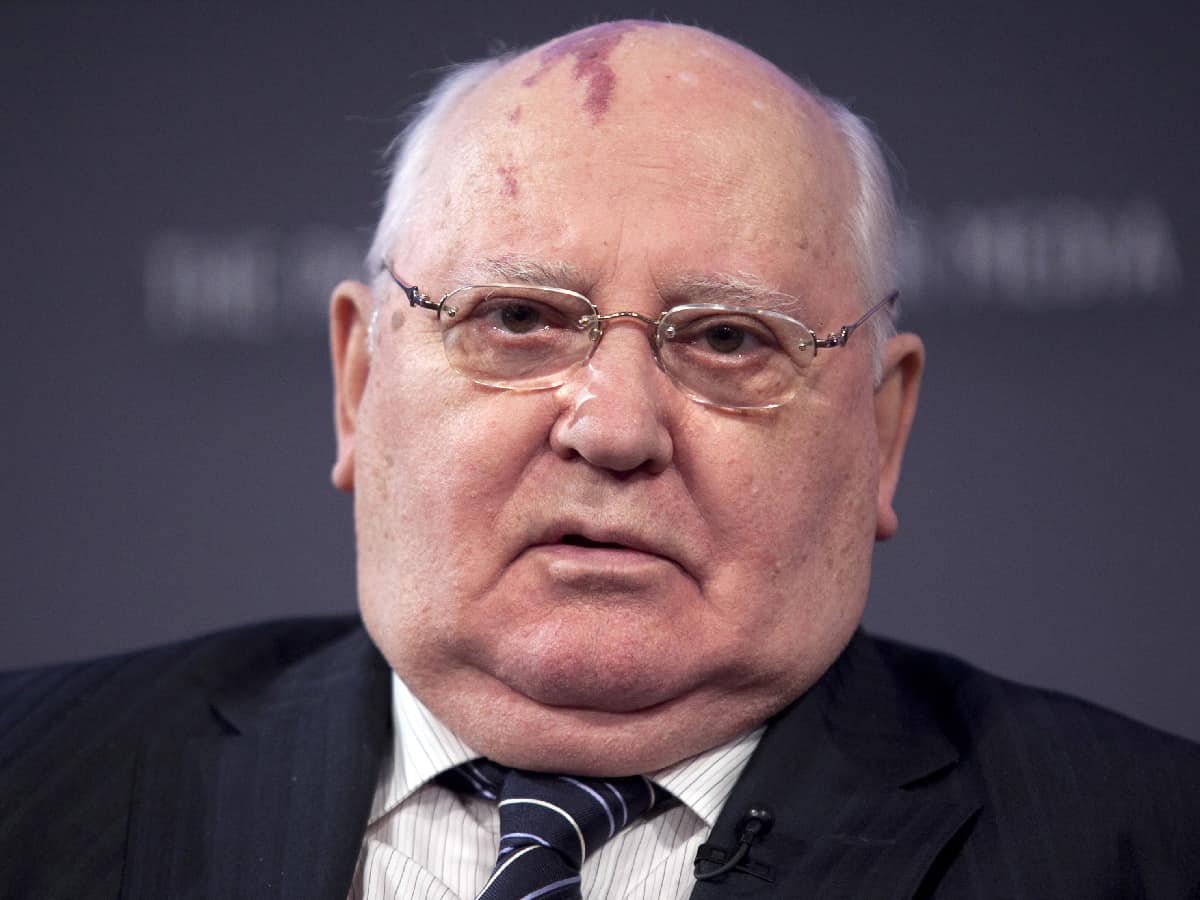 Soviet Union collapsed under Gorbachev’s watch but he was not responsible for it. To blame him is like blaming a doctor because he could not save a terminally ill cancer patient when called to do so in the last stages of the disease.

When he arrived on the scene almost 70 years after the establishment of the authoritarian communist system in 1917, things were in a tailspin from which it was difficult to get out. President Brezhnev, himself senile in his last few years, was succeeded by two old sick men, Andropov and Chernenko, who spent much of the time being hospitalized and died one after the other within two years and four months. Obviously, the Soviet state lacked the mechanism for transfer of power from one healthy leader to another through universal suffrage. This is not the way to manage a country 2 ½ times the size of the United States or 14% of the world territorially, (US 6%, India less than 2%), a population in 1991 of about 300 million with innumerable nationalities and sub nationalities, dozens of languages and dialects.

The great dilemma is what to do when the status quo has become harmful for the society and unsustainable. This happens more often in closed authoritarian societies because unlike open societies they lack self-correcting mechanism based on free discussion and debate. But even democracies don’t entirely escape this problem because every society has its holy cows which nobody, least of all ordinary caliber political leaders, want to discuss because it would be politically incorrect and electorally suicidal.

Gorbachev well understood the malady of the centralized authoritarian Soviet system and its remedy. He boldly called for restructuring of the Soviet political system to end stagnation and make it more accountable and dynamic, (Perestroika), and greater openness and transparency in governance and all activities in the country, (Glasnost).

In calling for perestroika and glasnost Gorbachev showed tremendous political courage and willingness to take risk. He tried to change the Soviet state from a ‘union of the unwilling’ into a ‘union of the willing’ but failed in his attempt.

There were reasons for his failure
Because of prolonged stagnation the Soviet political system had become so rusted that it could not take the stress and strain of change and consequently collapsed.

Because of the economic weakness, the glue of prosperity that could hold different people together was missing.

Leadership rivalries burst into the open. In democracies political ambitions have to follow constitutional processes. In their absence Boris Yeltsin took over power by maneuvers that can hardly be described as truly constitutional.

The wind of change quickly became a storm and blew away everything in its way. The Berlin wall fell, Warsaw Pact, maintained by compulsion rather than self-interest of the participants, disintegrated and East European nations threw away the Soviet yoke.
Under tight control of Moscow for decades, the Soviet states at the first loosening of therein took the bit between the teeth and bolted, resulting in the breakup of the Soviet Union into 15 states.

Those who in the hindsight preach the wisdom of gradual change overlook the reality that huge and far-reaching initiatives like perestroika and glasnost once started, develop their own momentum, nor can all their implications and ramifications be foreseen or controlled.

Some leaders exploit the status-quo for their ambitions, however harmful it might be for the people; some take risk and try to change it. Gorbachev belonged to the second category. He was one of those rare leaders for whom perks and privileges of the highest office were less important than its purpose and responsibilities. He could have bided his time and enjoyed being the president of a superpower, albeit in decline, and say with Louis XV “after me the deluge.” He did not say to himself, without a thought for generations yet to come, that if after me things crumble then so be it; I would have had my world my time. But that was against his grain.

But there is grandeur to his failure which is far more impressive than the mediocre success of mediocre leaders. He failed because what he attempted was superhuman.

Even though he could not save Soviet Union, he has left behind a lasting legacy. The world has become a better place because of what he did. East European countries became free; 15 independent countries emerged from what was formerly a centralized and tightly controlled Soviet Union. Confrontation between US and Soviet Union in various parts of the world ceased. There was optimism and hope for some time until human nature got back to its same old ways. Quite something for a leader to have achieved in 7 years.

The greatest beneficiary of his policies has been Europe. As a consequence of his initiatives many problems in Europe were resolved. He shares this honor with another visionary leader Willy Brandt of Germany. One day when the dust settles down and rivalries recede and lose their sharpness, one hopes that history will give him his due credit.

This blog, Human Affairs, is penned by veteran Indian diplomat Ishrat Aziz. It has been published by us with his permission.