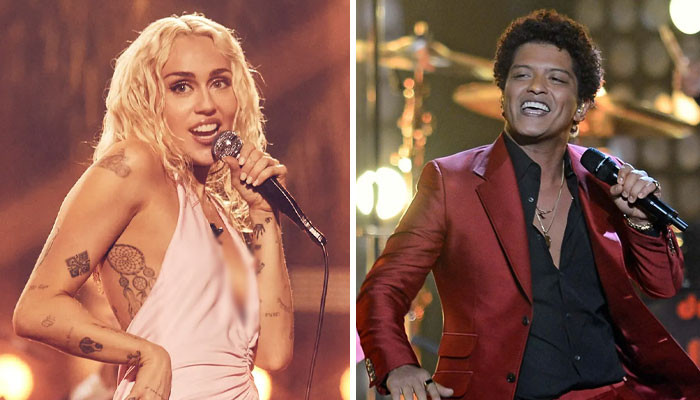 Miley Cyrus dropped her new single Flowers on Friday, January 13, 2023 from her highly anticipated album, Endless Summer Vacation, which is set to release on March 10, 2023.

Upon the song’s release, many fans were quick to determine that the song was aimed at her failed decade-long relationship with ex Liam Hemsworth, since the song was released on his birthday.

There were also telling signs alluding to their relationship. For instance, the opening of the song references the multimillion-dollar Malibu home she shared with Hemsworth being destroyed in a 2018 wildfire while also detailing how their relationship crumbled over time, per Page Six.

The lyrics stating: “We were good / We were gold / Kind of dream that can’t be sold,” Cyrus sings. “We were right / ‘Til we weren’t / Built a home and watched it burn.”

However, one fan pointed out that Miley’s new single was a direct response to Bruno Mars’ 2013 smash hit When I Was Your Man. Proving their point with a video mashup shared on to Twitter, the clip shows Bruno playing the piano singing and with every lyric, the scene cuts to a response by Miley’s new song.

According to HollywoodLife, the video quickly went viral on Twitter, with 6.3 million views since it was posted.

Moreover, an eagle-eyed fan pointed out that Hemsworth once dedicated Mars’ song to her which is why she released the new single.

“Her ex husband Liam Hemsworth once dedicated this song to her and she decided to release and dedicate him her new single on his birthday (January 13),” one follower claimed. “#Flowers happy birthday.”

Share
Facebook
Twitter
Pinterest
WhatsApp
Previous article
Getting to the Michelin-starred heights takes a toll. Is a great restaurant defined by customers, or a star?
Next article
Brooklyn Beckham, Nicola Peltz drop rare glimpse of their latest photoshoot for Vogue