Mourn loss of gas guzzlers, then move on and save the planet 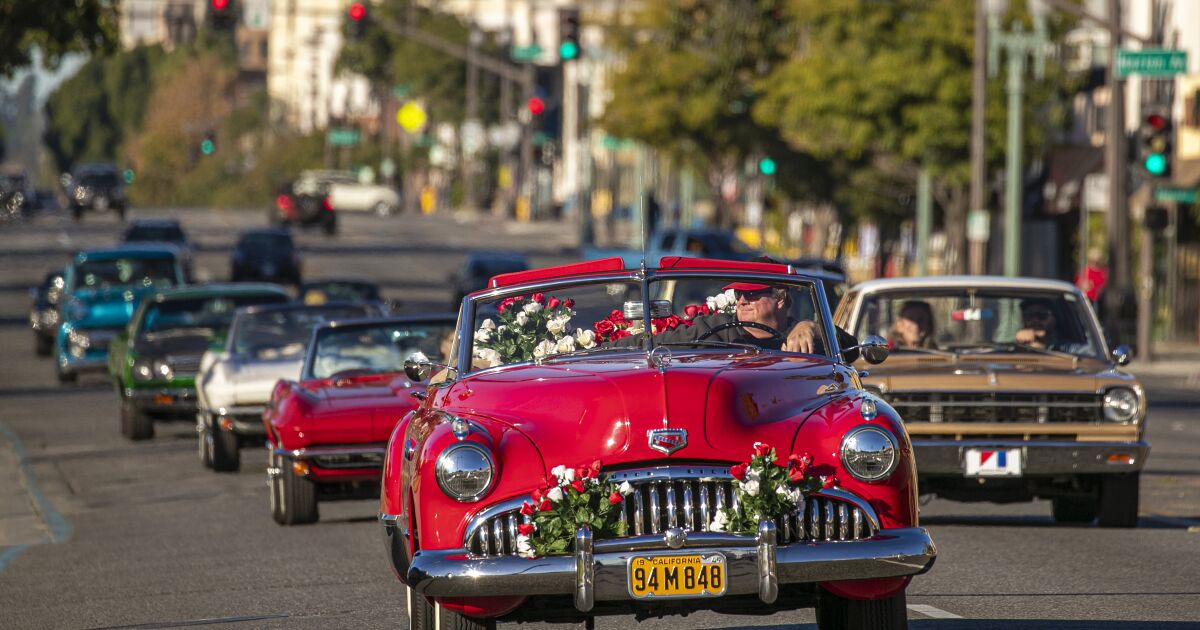 To the editor: I hear you, Gustavo Arellano. (“What we lose when California bans gas-powered cars,” column, Aug. 26)

I am 80 and have lived the free California life. Yes, a whole culture is shifting. And it isn’t enough. To save life on this planet, we must give up not only gas-powered cars, but also red meat and pork. We have to stop eating fast food and find ways to end food deserts and give livable shelter to all who need it. We have to give up lawns but find water for trees.

All this is just the beginning given what we humans have brought forth, because this climate jolt is happening faster than predicted.

We must also remember what we had and mourn when appropriate, like all funerals. We must mourn and dig deep to find optimism so we can keep this Earth livable for humans and other beings. What other choice do we have?

I learned to drive at 14, once had a 1957 Chevy and remember when the freeways were exactly that — free ways. Mourn and surrender.

To the editor: As so many Americans in these anxious times, Arellano has fallen victim to slippery-slope thinking. Abortion laws will mean restrictions on gay marriage. Gun safety proposals will mean that all guns will be banned.

He jumped to a conclusion way beyond what the state actually did, writing a column on his fears that the government will be coming for his beloved classic cars, when absolutely nothing of the sort was proposed.

A therapist once advised me, “Deal with what is real,” and don’t concentrate on the what-ifs and the might-happens. This is especially important for those with an audience as large as Arellano’s.

To the editor: I share Arellano’s fondness for vintage vehicles and his sadness that their future is threatened by the fight against climate change. Although I recognize that this fight is crucial, I agree that California’s tightening of the smog test exemption to exclude categories of these vehicles was mean spirited and probably unnecessary.

In my own life, another ancient climate-destroying machine holds particular significance.

My kitchen is anchored by a big O’Keefe and Merritt stove on which I have been cooking for more than half of its 70 years. This elephantine appliance could go on cooking forever, but it is probably destined for the landfill with the end of the era of the household use of natural gas.

I certainly don’t oppose the move toward all-electric homes, but it makes me me sad. Sometimes a machine is more than a machine; it’s a part of living history.

To the editor: When Arellano writes that banning gas cars is meant to save the planet, he misses the main point of banning gas-powered cars — saving people.

Asthma, cancer and early death are heightened in neighborhoods with heavy pollution from gas-powered autos. Mitigating these pernicious health impacts is worth Arellano no longer being able to change his oil.

Iranian Expats in Iraq Divided Over End of ‘Morality Police’