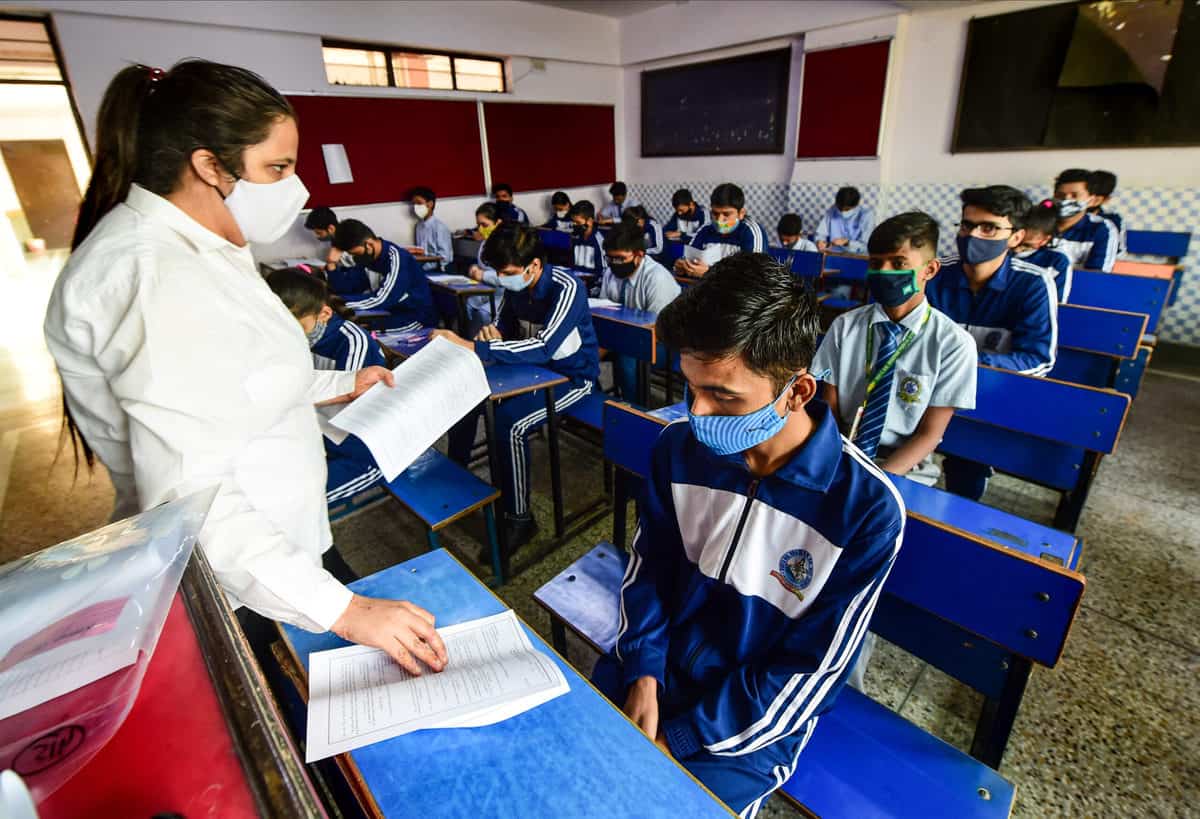 Your mother is your first school. Absolutely true. Your mother is one who braved the untold hardships ever since you were a mere bump in her belly. She is the one who breast-fed you, cleaned when you burped and rocked the cradle and sang lullabies when you cried. She did a lot more for you. Which is why the ancient idiom “the hand that rocks the cradle rules the world” holds true even today.

Amidst all the justified praises for mother that we express, I think somehow the father gets the short shrift. So, as yet another Teachers’ Day approaches, I want to talk about my father who was also my teacher, philosopher and guide. Through him I celebrate all the fathers everywhere.

My father was my hero. How? I will explain it in a while.

My father was a high school teacher and teachers those days were not paid handsomely. With limited resources at his disposal and many mouths in a joint family to feed, my father tried his best to keep his flock happy. A man with a sense of humour, he knew how to lighten the mood in tense situations. And he kept us happy the best way that he could.

Among the earliest memories of my father that I can recall is when he would put me on the carrier in the back of his bicycle and paddle to the high school where he taught.

I was in the 5th class and teachers at the primary school in my village were not regular. Since there was always a danger of an adolescent falling in a bad company in absence of regular classes in his school, my father thought of a different plan. He began carrying me to his school where he would put me in the classroom where students of 6th standard sat. This was so because the high school ran classes between 6th to 10th standards.

On the second or third day the headmaster who too would take a few classes found it out. Initially, he didn’t recognize me but, on being told who I was, and after my father explained the situation to him, he allowed me to sit in the sixth class. From next year I was a regular student of the same High School.
The headmaster Ramswaroop Babu whom my father addressed as “guru” had taught my father too and was very fond of him.

Evidently, my father was preparing me for taking challenges head on. By not leaving me alone at  a school where teachers were not regular, to waste time aimlessly or falling in habits which children without unmonitored guardianship are prone to, he unknowingly inculcated in me a habit to value time. Time and tides wait for none, he would say often.

Since he was an early riser himself, he didn’t like me or my siblings to get up late. Sooraj ki pahli roshni se pahle tum utho (rise before the first ray of the sun breaks) was his command that we had to follow. Submitted as I was to this regimen early in life, it has been a habit with me since. And the benefits of rising early are well known.

It was only much later that I understood and comprehended the message in the poet Allama Iqbal’s couplet:

(Open your eyes, see the sky and the atmosphere/
See the sun rising from the east)

Though Iqbal here is talking about the winds of change blowing in the East and he wants us  easterners to absorb the new things happening in the East, this can also be used as a clarion call to wake up early and enjoy the many bounties of nature.

The discipline, the devotion to work hard, the habit of not accepting defeat easily, all these traits are part of inheritance my father left.

In hindsight, I feel I could have never weathered so many ups and downs in my life, I could have never stood my ground to face the stormy winds which threatened to wipe me off had I not toughened in my father’s supervision early on in life.

I was made to compete with the best among my classmates. I was expected to top the class. I stayed on top mostly though slid a few notches down a couple of times. And to this day, whenever I fail in achieving something I aim at, a couplet, favourite with my father, encourages me:

(Those who ride horses alone fall in the battlefields/
A kid who crawls doesn’t have a fall).

That is really motivating.

After matriculation, I went to Aligarh Muslim University. It was for the first time that I began living away from my father’s direct care. Since there was no telephone facility available to us then, we communicated with letters what is often called “snail mail.” It is one of the low points in my life that I don’t retain a single letter out of countless that my father wrote to me while I stayed in Aligarh, Delhi and Mumbai. They all got lost in changing homes while hopping from city to city.

Though I didn’t fulfill my father’s dream to see me, first as a doctor, then as an IAS officer, he was happy that I didn’t end up becoming an also-ran. He valued excellence and kept reminding me to give my best to whatever I did. Since the teacher in him never died even years after retirement from school, he always had words of advice for me. I badly miss those words.

I also miss the baritone in which he spoke. I miss the commanding, the authoritarian touch his voice carried. And I also miss the concern that he always had for me and which he often expressed. Nobody pulls me up today if I don’t get up early in the morning. Nobody inquires if I eat and sleep properly.

Nobody encourages me to pick up the pieces if I stumble or fall in life’s race. And undeniably life is a ratrace, isn’t it? The competition is cutthroat. But then some invisible hands help get up every time I fall.

(Don’t know who remembers me in prayers
When I fall, the waves of the sea throw me  up)

Journalism, the profession that I chose for myself, makes me face barriers all the time. It throws up challenges. It brings setbacks along with enormous satisfaction that it gives me. I think the lessons that my father–teacher taught me early help me cross these barriers and face the challenges. Life, my father told me, is a battle and you don’t win every day. There are days when you lose too.

Not everyone in the world will appreciate what you do, he told me. There are bound to be some leg pullers, jealous fellows who will try to pull you back, put you in a spot, and even try to defame and malign you. My father told me umpteenth times, “be ready to take plaudits and brickbats in your stride.”

I don’t know what the word “super achiever” means? Is it accumulation of huge wealth, owing of an expensive beachside villa with a fleet of fancy cars in the garage or living a decent life with a loving family?

Does success mean having a huge bank balance alone? Is it not a success if you enjoy your work, eat and sleep well and get unreserved love from your dear ones? I know some super rich who are so restless all the time that they can’t catch a few hours of sound sleep unless they pop sleeping pills. Fortunately my father taught me to strive to excel but not become greedy.

And I will remain eternally grateful to my beloved father, my teacher for all the good habits that he tried to inculcate in me. I miss him every day but feel proud that God was kind to give me such a loving, caring father. Lord, my father took care of me so much while he was here. Now, I beseech you, be merciful to him and take care of him now that he is with you.

The author is a journalist with The Times of India, Mumbai