Nazi salutes, protest against impact of Queen’s death on fixtures 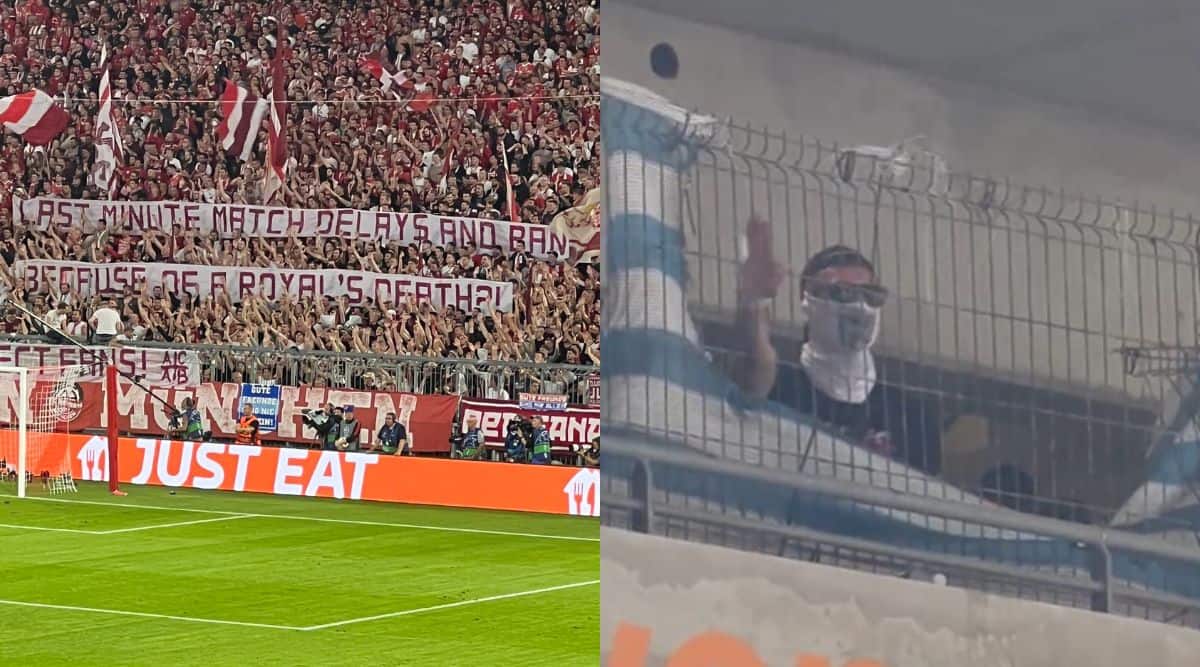 The first set of matches on Champions League matchday two brought drama off the field as much, maybe even more than it did on it with fan gestures that would be the talk of the football town.

Marseille played Eintracht Frankfurt in their Group D fixture at home. A match that ended with the hosts losing to the German club that won the Europa league last season. It was chaotic however in the stands.

Here is footage of Nazi salutes being made from the away end in Marseille:

A bunch of fans at the away end of the Orange Velodrome were seen gesturing Nazi salutes, one of them even donning the Eintracht Frankfurt logo on his hoodie. The away club made a statement in response to the same.

“The club dissociates itself completely and utterly from the one isolated incident that occurred during the run-up to the UEFA Champions League match between Olympique de Marseille and Eintracht Frankfurt, where a gesture resembling a Nazi salute was made,” it read.

“Anti-Semitic ideas are totally opposed to the club’s categoric and immutable values and roots.”

“The person who can be seen on the video and who has yet to be identified reported of their own accord to the Eintracht Frankfurt fan representatives during the first half of the match and emphatically denies the accusation of anti-Semitic motives.”

This was a repeat of events that took place last week when a few Marseille fans did also gestured the infamous salute in their matchday one defeat at the Tottenham Hotspur.

During the Bayern Munich-Barcelona match in Germany, a banner at one end of the Allianz Arena with a reference to none of the two teams playing was visible.

“Last Minute Match Delays And Bans Because Of A Royal’s Death – Respect Fans,” it read.

Bayern fans protesting against impact of Queen’s death on fixtures — Rangers v Napoli games seem to be central to this one pic.twitter.com/G9vqjPbmAu

This was with regards to the Champions League Group A fixture between Rangers and Napoli in Glasgow, which was delayed by 24 hours owing to policing issues and the travelling fans from Napoli not allowed to visit Ibrox for the rescheduled match.

A UEFA statement explained: “This is due to the severe limitations on police resources and organisational issues related to the ongoing events surrounding the national mourning for Her Majesty Queen Elizabeth II.”

UEFA also confirmed that Rangers fans would not be allowed to travel to Italy for the return fixture against Napoli in order to ensure that both sets of supporters receive the same treatment.