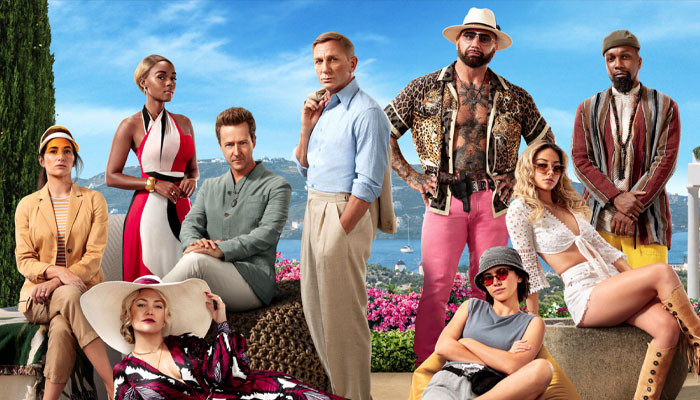 The flick won Best Acting Ensemble beating out The Banshees of Inisherin, Everything Everywhere All at Once, The Fabelmans, The Woman King, and Women Talking.

In the category, Best Comedy, the film beat out The Banshees of Inisherin, Bros, Everything Everywhere All at Once, Triangle of Sadness, and The Unbearable Weight of Massive Talent.

In the movie, Daniel Craig portrays Detective Benoit Blanc, a role he originated in 2019’s Knives Out. The sleuth is brought to a private island in Greece to figure out who murdered someone within a tech mogul’s group of close friends, per Us Magazine. The movie also stars Edward Norton, Kathryn Hahn, Leslie Odom Jr., Jessica Henwick and Dave Bautista.

To celebrate its film achievements, costars Kate Hudson, Janelle Monáe and Madelyn Cline dressed to impress on the red carpet.