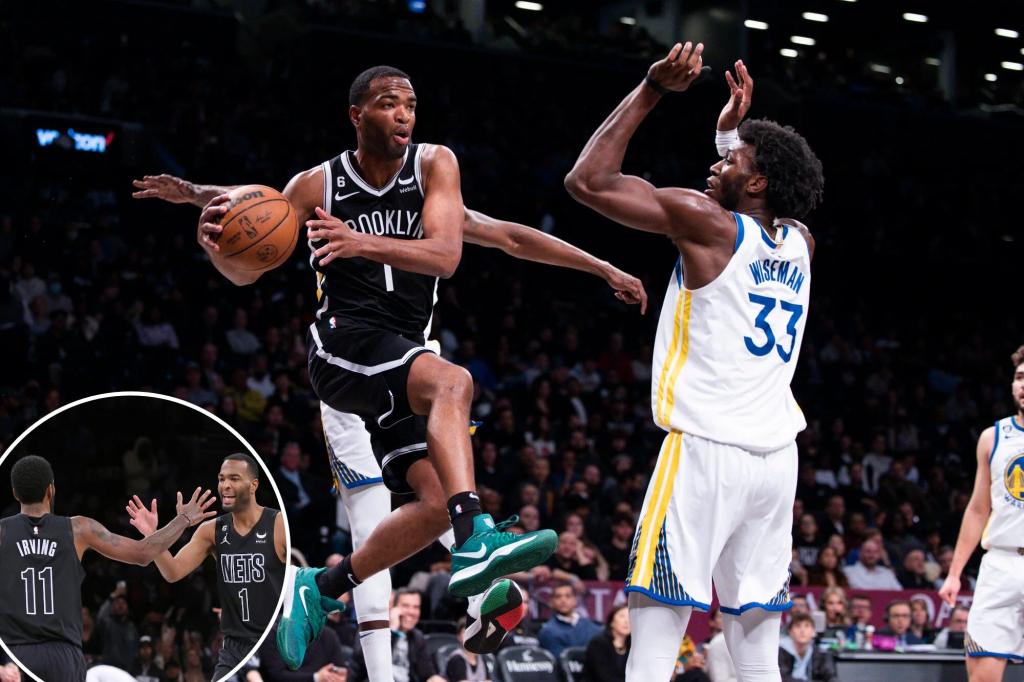 After missing almost all of the last two seasons with foot injuries, the Nets’ T.J. Warren is making up for lost time — even if his time on the floor is still limited.

The Nets are playing the long game with Warren, continuing to keep his minutes in check to make sure he can make an impact once the postseason rolls around. In the meantime, he is 17 games into his first regular action since the 2019-20 season and delivering a strong impression when called upon.

“Every game, I’m feeling more and more like myself,” Warren said Saturday after the Nets practiced in Brooklyn. “Two years is a long time, two calendar years going through multiple foot problems. But I feel great. Mentally, I’m in a good space. I just want to continue to get better and help this team win as much as I can.”

Entering their game Sunday against the Thunder at Barclays Center, Warren was averaging 10.5 points and 3.1 rebounds in 20.4 minutes per game off the bench.

Warren’s improving play made him an intriguing option to take Kevin Durant’s spot in the starting lineup after the former MVP was sidelined by a sprained MCL. The Nets, however, have opted to use Joe Harris in that spot to help manage Warren’s workload. Still, Warren was the first man off the bench Thursday, entering around the eight-minute mark of the first quarter against the Celtics and going on to score 20 points in 28 minutes.

“Just try to get in where I fit in,” Warren said. “Try to be aggressive in the little spurts that I have. It’s not easy playing with minute restrictions. You don’t want to get to thinking too much or trying to know, like, the clock is ticking. It’s like a countdown for you. Just know it’s a bigger goal and me being healthy at the end of the year is that goal. So far, so good. I’m feeling great.”

Warren’s 28 minutes on Thursday night were his second-most of the season, behind only the 31:28 he played against the Hornets on New Year’s Eve. But even if Warren continues to play at a high level in his limited minutes, that won’t change the Nets’ plans for him.

“I’ve told him this message: That’s my No. 1 goal, that he’s healthy and hooping in the playoffs, showing his skills off to the rest of the world,” coach Jacque Vaughn said. “That would be the kind of guiding light.

“Will I be tempted at times [to push his minutes] if he’s rolling? For sure, every coach would be. But hopefully for his longevity, for the group, we’ll put him in a position to succeed the whole year.”

Warren played the first four games of the 2020-21 season before he was sidelined and needed surgery to repair a small stress fracture to his left navicular (a foot bone near the ankle)  that cost him the rest of the year. He then missed the entirety of the 2021-22 season because of more foot troubles.

Still, the Nets took a chance on Warren’s upside, signing him to a one-year, $2.6 million contract last offseason and then building him up cautiously before he made his season debut on Dec. 2 — nearly two full years since he had last played an NBA game.

Warren said he is continuing to get his legs back after the long layoff, but believes he is playing better than people thought he would, about a month and a half into games. Still, he is keeping perspective with the Nets only at the midway point of the season.

“It can get frustrating sometimes, trying to fight through the minutes restriction and whatnot,” Warren said. “But just gotta see the bigger picture of being healthy at the end of the season.”