Nets will be shooting more 3-pointers with Kevin Durant out 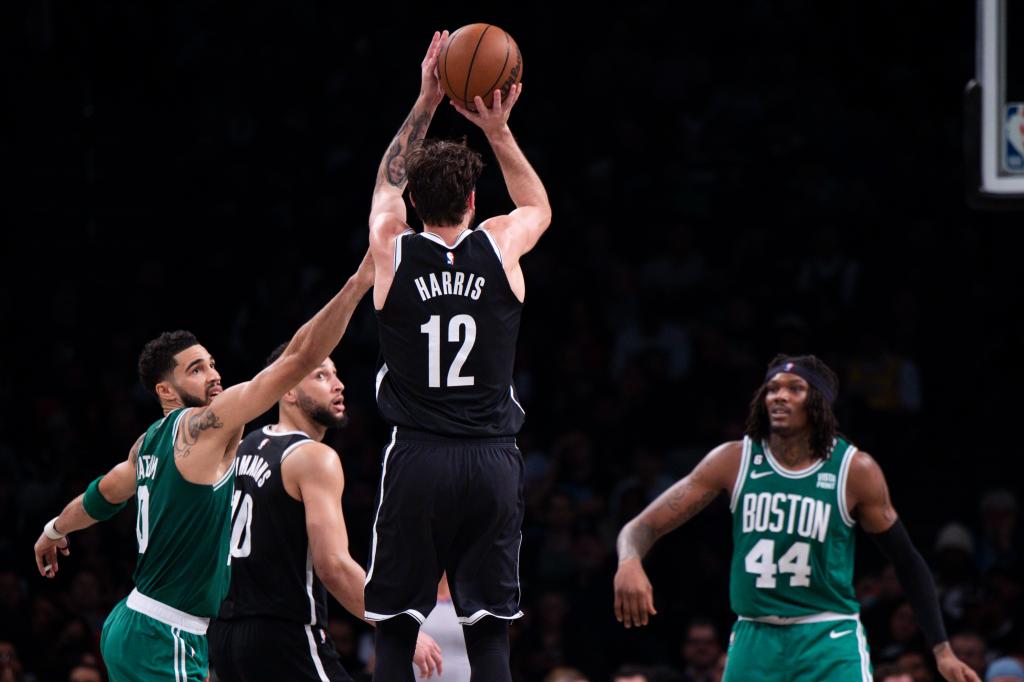 In their first game without Kevin Durant, the Nets attempted 34 3-pointers Thursday against the Celtics, nearly three more than their season average.

Coach Jacque Vaughn said he would like to see that number increase by another 10 or 15 while they try to hold down the fort with Durant sidelined by an MCL sprain.

“It’s a point of emphasis for everybody,” Joe Harris said Saturday as the Nets prepared to host the Thunder on Sunday. “The shot selection — when Kevin’s out, we’re not as efficient in the midrange. He makes it look like it’s really easy, but it’s not an easy look. Not a lot of us shoot them at a really efficient clip. So we’ve got to try to flip — I think we took like 32 midrange shots last game. We’ve gotta lean more on more rim attempts and more threes.”

Harris, who took Durant’s starting spot, can play an important role in that process. Returning after a pair of ankle surgeries ended his 2021-22 season in November 2021, he is shooting 38.5 percent from beyond the arc, which is below his career average of 43.5 percent.

But he took advantage of increased minutes Thursday in the loss to the Celtics, scoring 18 points on 7-for-11 shooting, including 4-for-7 from deep.

As a team, the Nets shot 13-for-34 from beyond the arc, but were an inefficient 12-for-32 from midrange, a shot selection they will look to improve upon Sunday.

The Nets are still trying to determine whether Durant will travel with the team on their five-game road trip, which begins Tuesday in San Antonio and follows with games at Phoenix, Utah, Golden State and Philadelphia.

“We’ll see how far along he is,” Vaughn said. “Does it make sense and is it smart for him to travel? That’s on our agenda to talk about. Or if he just meets us when we come back, we’ll talk that through.”

During home games, Durant has not been sitting on the Nets’ bench because they don’t want to take the chance of anybody running into him while trying to save a loose ball.

The 12-time All-Star did not travel much with the team last season when he missed six weeks with a sprained MCL. Durant’s current knee injury is set to be reevaluated on or around Jan. 23, which is near the end of the upcoming trip.

“Really, the priority is going to be getting him back to playing,” Vaughn said. “So which resource do we want to have most involved, here or there? Whatever is smart enough to get him back to playing as soon as possible. But definitely having him around to bounce ideas off of, to continue to lead our group is still huge for us.”