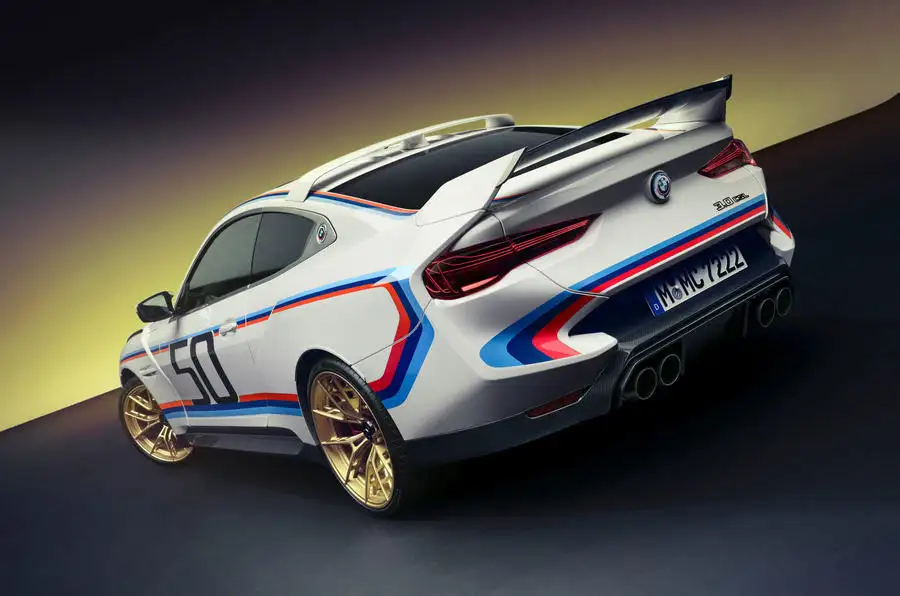 Limited to 50 units, it features the most powerful straight six on a road-legal BMW M.

BMW’s M performance division has revealed the much-awaited, ultra-limited 3.0 CSL, with a unique interior design and higher power, as part of its 50th-anniversary celebrations.

The new 3.0 CSL is based on the existing G82 variant of the M4, and it pays homage to the 3.0 CSL ‘Batmobile’ from 1973. The carmaker’s lightened, uniquely styled rally car has won the European Touring Car Championship six times. Production of the 3.0 CSL will be limited to only 50 units.

The new CSL is powered by the most powerful straight-six engine ever used in a road-legal BMW. It makes 560hp and 550Nm of peak torque. Power is sent to the rear wheels via a six-speed manual transmission.

BMW says that the model’s crankcase has been made more rigid, while the crankshaft has been lightened and the cooling system designed for more enthusiastic driving. It also gets an active M differential, adaptive M suspension, M carbon-ceramic brakes measuring 400x38mm at the front and 380x28mm at the rear.

The new 3.0 CSL’s exterior bears the same racing livery as the original model. Yellow headlights, on the other hand, pay homage to the BMW M4 GT3, the winner of both 2022’s driver and team DTM championships.

It makes extensive use of carbon fibre, and is the firm’s largest series production model to be fitted with a carbon roof. The bonnet, boot lid, front and rear aprons, side sills, rear diffuser and rear spoiler are all also made from the lightweight material.

BMW says that it has improved the aero and driving dynamics. The new model also gains chunkier wheel arches, a larger air spoiler and a wider rear end. This is in addition to the bonnet and headlights drawn from the BMW M3.

The fenders have also been upgraded to better resemble those on the original 3.0 CSL, while the large rear spoiler bolsters downforce and traction to the rear axle. BMW says that the larger wheel arches make room for 20-inch wheels in the front and 21-inch wheels at the rear.

On the inside, the 3.0 CSL comes with carbon bucket seats and a dedicated space for two helmets behind the driver and passenger. The seats, steering wheel and the roofliner are finished in Alcantara, featuring white stitching to match the exterior paint.

Each model features numbering from 01/50 to 50/50 and production will take around three months at BMW’s Dingolfing plant in Germany.

On December 10, BMW will launch the XM SUV as the brand’s flagship model, and the first M model with a plug-in hybrid powertrain. On the same day, BMW will also introduce the updated M340i sedan and the facelifted X7 along with the flagship superbike – the new S1000 RR.

2022 BMW XM First Look: The most powerful BMW ever