Op-Ed: A Ukrainian nuclear plant is under attack. We can’t risk another Chernobyl 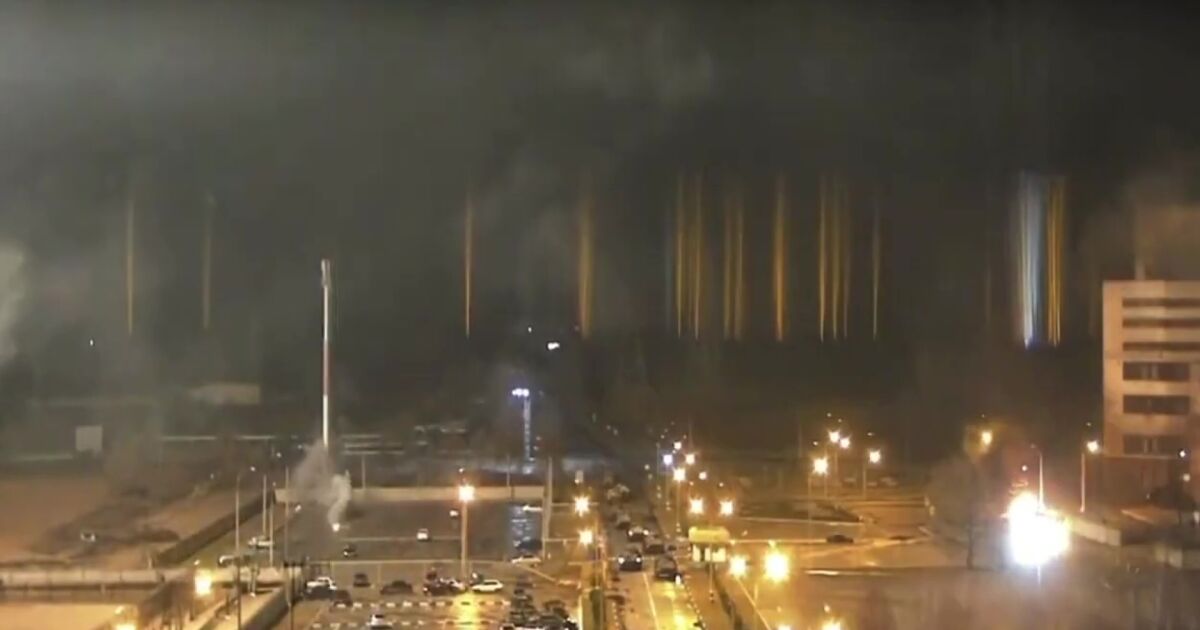 The Zaporizhzhia nuclear power plant, Europe’s largest, lies along the Dnieper River in southeastern Ukraine. After Russian forces brutally invaded Ukraine six months ago, they gained control of the nuclear facility early in the fighting. They based soldiers and heavy equipment there and have been using the plant as a defensive shield, lobbing shells from there and hoping Ukrainians would not risk hitting one of the six power units by counterattacking.

But Russian officials say Ukraine has now fired back. As Ukrainian workers continue to operate the plant amid the shelling, the whole world should be afraid about the risk of a radiation leak and the possibility of a reactor core meltdown.

Ukraine’s recent history holds an important lesson for us about what’s at stake. On April 26, 1986, the Chernobyl nuclear power plant in Ukraine suffered a massive explosion and meltdown.

I learned devastating details about the Chernobyl disaster from a control room engineer named Oleg during a trip to Ukraine in August 1990. Some 100 Americans and an equal number of Soviet citizens — Russians and Ukrainians — came together for a peace mission, visiting cities from Kyiv to Odesa that had been completely shut off during the Cold War because of nuclear and other military weapons production in the region.

The first evening in Kyiv, Oleg, the engineer from Chernobyl, gave a talk after dinner. He said he had been ordered to report to the plant’s control room immediately after the early-morning explosion. “We were told to contain emissions but were not given protective clothing, even though a large and growing cloud — no doubt radiation vapor — hung over the facility,” he said.

“We engineers knew a meltdown had already begun,” Oleg continued, then paused and hung his head before saying that many of the 250 people who worked on early cleanup efforts had died within months. “I have cancer and will not see next year,” he concluded. After a collective gasp, the room went silent.

Later, Oleg sat with a small group of Americans and answered questions. The next morning, he took a few of us to meet some of his friends from Chernobyl who had been brought to Kyiv.

We drove to a Stalinist-era concrete block apartment building, which Oleg called “a high-rise research laboratory with human guinea pigs.” He said keeping survivors together helped doctors and scientists track and measure the advancement of radiation sickness, such as skin lesions, cancers of the mouth, throat and thyroid.” The callousness made me feel ill.

Many survivors we visited said they had returned to Chernobyl to retrieve clothing, furniture and other household goods, clearly not understanding radiation exposure or its duration. After that revelation, I stood rather than sitting on a chair or sofa out of fear the furniture had nuclear contamination, as we visited family after family. Some showed us photos they had taken of Chernobyl’s destruction.

Since this year’s invasion of Ukraine began, Russia has revealed military ineptness and poor leadership. By placing troops at Zaporizhzhia, it also demonstrates ignorance. Do Russian leaders not realize that prevailing winds blow from west to east? Nuclear radiation particles and vapor would head toward Russia. Have they forgotten that deadly contamination from Chernobyl fell on Belarus?

A team from the U.N.’s International Atomic Energy Agency, which has been monitoring radiation levels at Zaporizhzhia, arrived Monday in Ukraine to inspect the plant, where power lines have already been disrupted and water pipelines have been damaged in the fighting. The agency has no authority to enforce a cease-fire, but must insist that all military activities cease immediately to protect the plant, before we experience another Chernobyl, or worse.

Russian President Vladimir Putin should remember another important lesson from history. The Soviet Union collapsed in 1991, and President Mikhail Gorbachev stepped down. Gorbachev, who died Tuesday, later wrote that Chernobyl was “perhaps the main cause” of the Soviet Union’s fall, after he was accused of attempting to cover up the nuclear meltdown.

More than 5,660 civilians have been killed in Ukraine since Russia’s invasion, and more than 8,000 have been injured, according to the UN High Commissioner for Human Rights. If we fail to learn from Chernobyl’s aftermath, the death count and destruction could grow dramatically, and a vast region encompassing Ukraine, Russia and other parts of Europe could be rendered unlivable for generations.

Jane Olson is author of the memoir “World Citizen: Journeys of a Humanitarian,” and former chair of the international board of directors at Human Rights Watch.

Foreign Holiday Planning: How to fund your first foreign holiday as a family

Foreign Holiday Planning: How to fund your first foreign holiday as a family