Op-Ed: Americans fueled the rise of Nazis and the Holocaust. Will we learn from that shameful chapter? 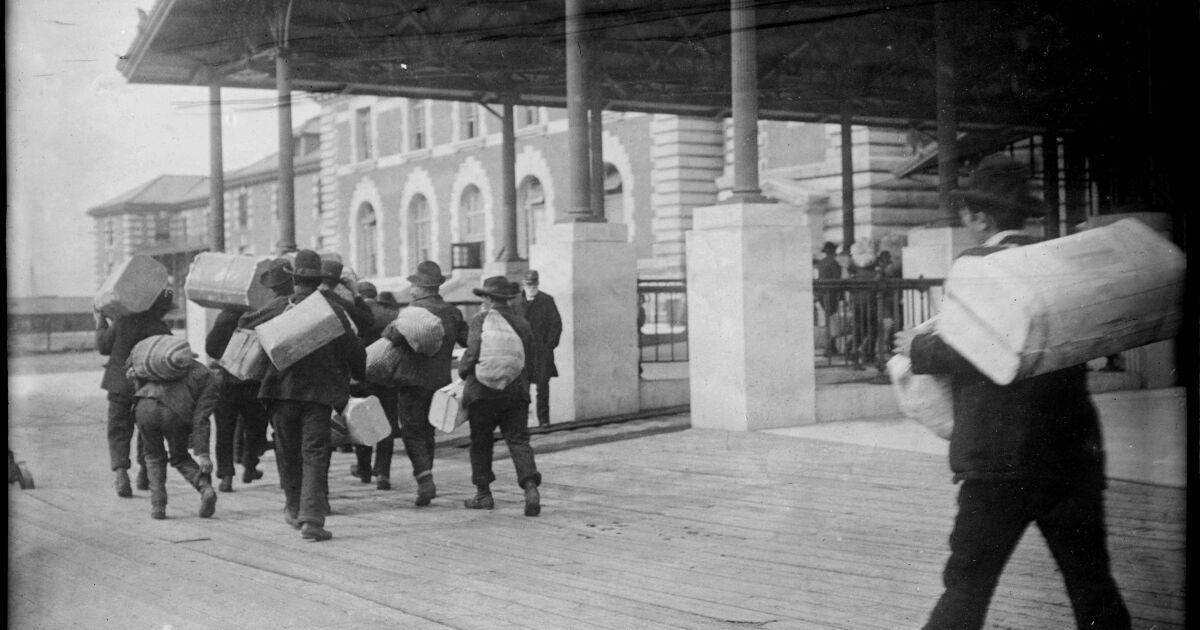 Today, in America, we stand at a peculiar and frightening crossroads.

We are witnessing the rising appeal of authoritarianism abroad and at home, we are bombarded by social media outlets that spread divisive falsehoods and hatred, and, a mere two months before midterm elections, we find our democracy itself under attack.

We have spent our careers as filmmakers looking at our nation’s past to deepen our understanding of who we are as Americans and trying to build a stronger version of what we hope to become. This endeavor now seems in peril. As a country, we seem unwilling, even uninterested, in nurturing from the tangled roots of our past a better future.

How else can we describe a time when many Americans cling to blind and unexamined notions of the nation’s “greatness” yet lash out at schools and teachers, fearing what a thoughtful look at our country’s history might uncover?

The battles we are fighting today are battles about whether as a society we choose honest understanding of the past over willful blindness.

“Part of our national mythology is that we are a good people, we are a democracy,” the historian Nell Irvin Painter told us in an interview. “But that’s not all there is to this story, and I think if we are going to congratulate ourselves on our democracy, which I think we should, we also need to face up to the other side.”

In six years of research for a documentary about the U.S. and the Holocaust, we were not looking for parallels to the present, though we knew they were there, even before Donald Trump came to office. But now these dark moments in our history echo all too clearly.

Our country faced a similar crisis of belief in the lead-up to World War II, a period marked by a swell of homegrown, right-wing extremism, isolationism, xenophobia and racism. These impulses reflected fundamental challenges within a society that had not yet resolved the contradictions of its own self-image.

In the 1920s, desperate to restrict immigration to preserve the “racial” makeup of the country, Americans justified their intolerance by championing the burgeoning field of eugenics, which provided a rationale for limiting the ability of certain “races,” including Jews, to move to the U.S. The result was a series of restrictive quota laws that immediately slammed the door on waves of immigrants, even though previous waves had built America’s greatness in prior decades. This same intolerance later established insurmountable obstacles for thousands of refugees seeking to flee to America from the Reich.

In the 1930s, as the Nazis were trying to force German Jews to emigrate through a program of physical terror and legal subjugation, Germans could look to the U.S. not as a counter-model, but as a societal prototype that embraced racism and exclusion. When Nazi jurists sought statutes on which to base their own antisemitic laws, they turned to the Jim Crow South. Race laws in the U.S. revealed the hypocrisy of any American outrage against Germany and undermined our credibility against Nazism on the international stage.

Likewise, some Americans, including mainstream and powerful figures, found kinship in belief with Nazi Germany. Henry Ford’s widely read weekly newspaper, The Dearborn Independent, regularly printed antisemitic bile — including a tract known as “The Protocols of the Elders of Zion” that espoused a false conspiracy theory. Father Charles Coughlin, a Catholic priest with a radio show reaching millions, advocated for fascist dictatorships. And the world-renowned aviator Charles Lindbergh, who lent his fame to the isolationist America First Committee, openly declared, “It is the European race we must preserve; political progress will follow.”

Many American businesses — including Ford Motor, General Motors and Woolworths — continued to operate in Nazi Germany until the war, even when doing so meant firing Jewish workers and aiding German militarization. And while some members of the American press bravely challenged Nazi falsehoods — Dorothy Thompson and Edgar Mowrer stand out — too often American reporters seemed enamored of Nazi society, accepting of Nazi propaganda and no doubt sympathetic to the common tropes that Jews constituted a “problem” that needed to be solved.

From 1933 to 1945, the United States admitted some 225,000 refugees from Nazi terror — more than any other sovereign nation took in — but that was just a fraction of the people who were trying to escape. Despite our ultimate victory on the battlefield, our response to Nazism was hindered by our own fears and prejudices, an indictment that points blame at no single group or individual but should give all of us reason to reflect on our collective responsibility and what we might do differently in the future.

Examining uncomfortable truths about American complicity in the Holocaust doesn’t settle a grand question like whether Americans of the last century were good or evil. Instead, the doubt that can be resolved is: Do Americans today have the courage to look at the mistakes of our past for the sake of our improvement? Courage, in this case, includes our willingness to teach our entire history, to confront the difficult along with celebrating the positive. Courage would mean recognizing that those less fortunate, at home and abroad, are not a threat to our existence but people in search of something better for their families, whether that is security or economic opportunity.

Ken Burns, Lynn Novick and Sarah Botstein are documentary filmmakers. Their film “The U.S. and the Holocaust” will premiere Sept. 18.

EU Chief Heads To China Amid Protests Against Covid Lockdowns

China Warns Of “Crackdown” After Major Protests Against Covid Restrictions

200 Rescued From Drifting Ice While Fishing In US Lake