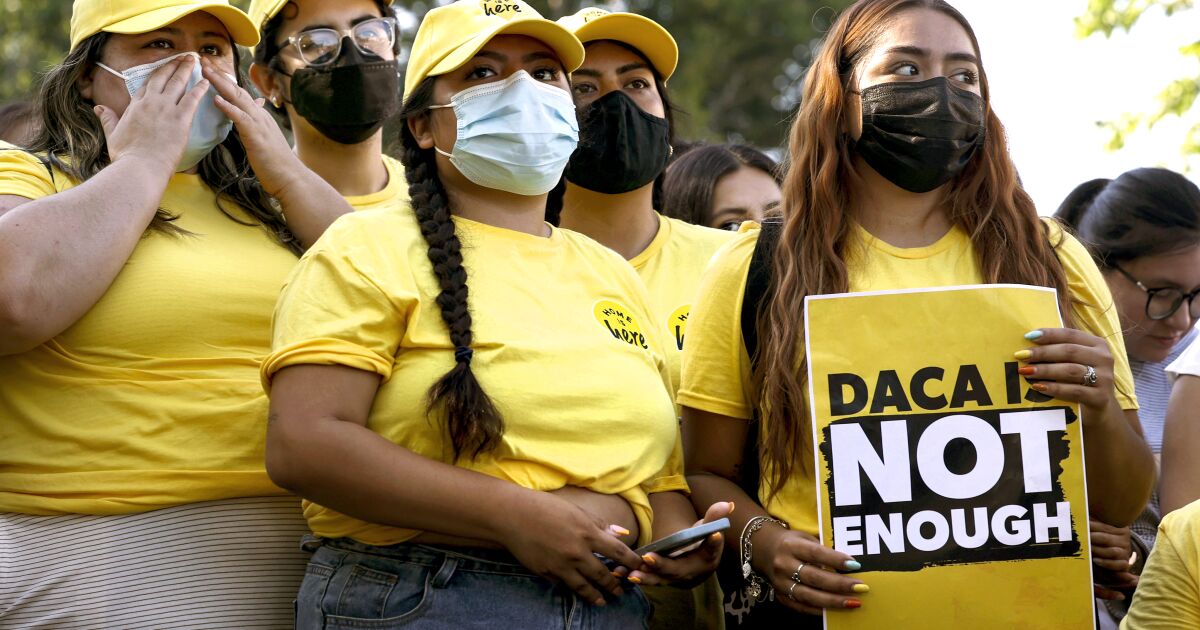 I still remember the day I discovered that I was not in the United States legally. I was in high school, talking with my counselor about going to college. As we discussed the application fees, tuition costs and scholarships, he suggested that I apply for federal student aid. I said yes without realizing that I wouldn’t qualify because I was not a legal resident. I asked my parents for my Social Security number for the aid application and that is when I found out — they had not realized they hadn’t told us our legal status here.

I had never really considered the possibility of not going to college until then. Since I was a child, the only dream I could remember having was getting a master’s degree, and I did not want this news to deter me. I had always wanted to be a writer and getting my master’s was a way to prove to myself that I could be one. That dream took me 15 years to achieve, working countless jobs, often 40 to 50 hours a week and without health insurance.

I applied for and received relief through the Deferred Action for Childhood Arrivals program in 2012 when I was 27, on my way to achieving this goal. But I still live with the fear that I could lose so many dreams — that regardless of my DACA status I could be deported at any time.

Fear is the sentiment that I feel most in my life. Even though the Biden administration has announced it is making DACA a federal regulation to try to help protect ‘Dreamers’ like me, others still want to end the program. Meanwhile, despite its benefits, DACA leaves Dreamers in a state of limbo, with no path to citizenship.

I don’t live in fear because I am doing something wrong or illegal, but because I see racism and discrimination happen to people like me. Sometimes it feels like even saying the wrong thing could mean having immigration authorities called on me.

I don’t think my parents ever imagined a life where I would live in constant fear because I wasn’t brought into this country legally. They were driven to bring us here from Mexico by the possibility of escaping poverty and their belief in the promise of a better life. I was 15 years old. Of their three children, I am the only one with DACA status. My siblings, one born here and the other a resident through marriage, have not had to worry about this.

I am also the only one of my parent’s kids with an MFA. My siblings — one with a bachelor’s degree and the other with a high school diploma — have focused their lives on their families. I have chosen to not get married or have children. When I was younger, I was questioned by my family about this decision. I finally explained that marriage and children were not priorities for me, even though in Mexico, where I was born, having “traditional” families is seen as important. Those traditions are harder for me to follow — I have seen what education and being independent can do.

We’re led to believe that achieving our dreams depends on hard work and dedication, not external circumstances. But even imagining affording and attending college, having a driver’s license, traveling, getting a decent job or owning a house was hard to do before I received DACA status. Things like this shouldn’t feel so far away that they can only be dreamed about.

Although my situation has improved greatly, because of things I’ve accomplished in part due to DACA, it is still hard to see myself as someone who has civil rights or belongs in this country.

The limbo I live in today as a Dreamer doesn’t feel as cruel as it did when I was in my teens. Back then I had hoped that those with power, the ones who can do something to improve our situations, would see that immigrants like me are as American as those who were born here. After 21 years in this country, with no path to citizenship, it’s easier to be an adult in a state of uncertainty than to retain that hope, even with small steps like DACA becoming a federal regulation.

I do not know Mexico; I know California. I have formed a life here, I have assimilated into the culture, following its traditions and adjusting to the nuances of this melting pot. What else can I do to be considered worthy of citizenship, to be given a piece of paper that will allow me to live without fear?

Maria Duarte is an essayist and poet who received her MFA in creative writing from UC Riverside-Palm Desert. She is the poetry editor of Kelp Journal.