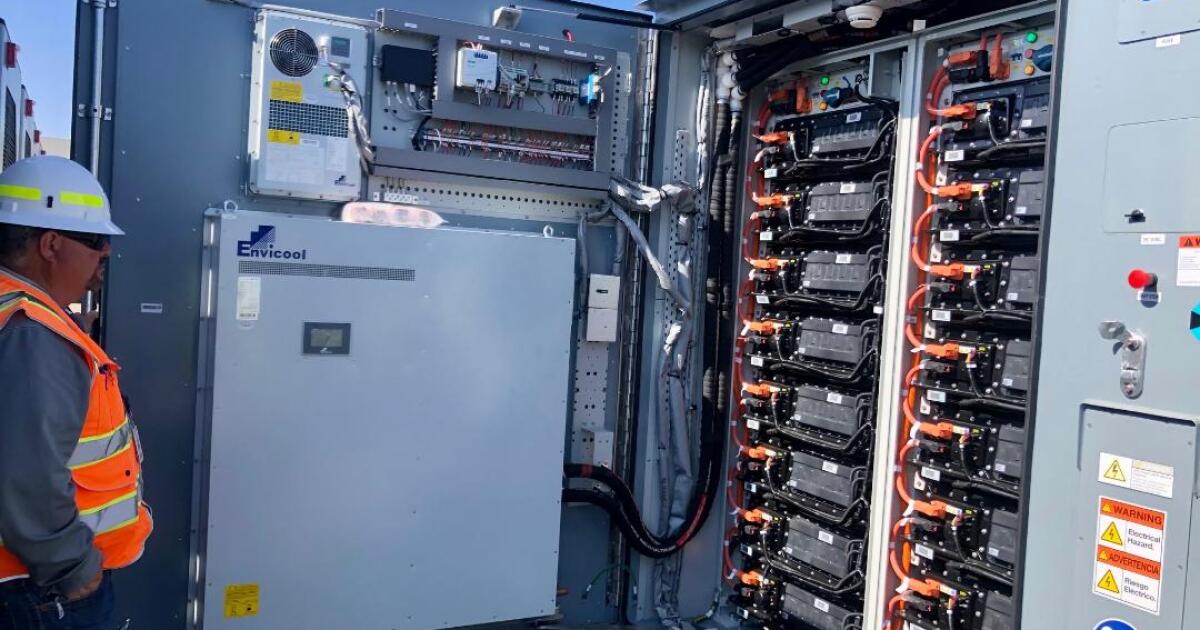 California just stared down its most extreme September heat event in history and survived better than expected — thanks in part to a new system of huge, grid-connected batteries.

The severity and duration of this latest climate-driven heat tested the state’s electricity grid like never before, setting records for power demand that pushed the supply to its limits. But the system held. The lights stayed on.

Additional tests lie ahead, for California and other states and nations. But after this round, California has a clear lesson for the world: Battery storage is a powerful tool for grids facing new strains from heat, cold, fire, flood or aging networks. And just as important, batteries are key to the zero-carbon future we need to avoid even greater stresses down the line.

Californians delivered big time this month when asked to cut use at critical moments during the crisis. But without storage capacity from new battery systems, reducing demand might not have been enough, and many consumers would have faced painful outages.

Many are installed at utility-scale solar fields, while “standalone” systems are strategically located throughout the state. These are not small add-ons to our electricity grid — they play the role of major power plants. In fact, some of the biggest batteries literally occupy the real estate and buildings that once housed fossil-fueled generators. And California has more batteries than anywhere else in the world, having grown its fleet more than 10-fold in just the last two years. Altogether, California’s batteries are now its biggest power plant.

For the vast majority of the year, these batteries play an essential role in stabilizing the grid, smoothing power flows and balancing variable energy. They also play a big part in leveling wholesale energy prices by charging up when electricity is cheap — usually during the midday “solar peak” — then discharging the energy back to the grid later that day, when prices are higher, a practice that keeps the market in check and reduces energy costs for Californians. But early this month, these batteries went from being everyday workhorses to crisis saviors.

During a critical peak the evening of Sept. 5, when the grid was quickly approaching capacity, California’s batteries provided more power — over 3,360 megawatts — than the Diablo Canyon nuclear power plant, the state’s largest electric generator, which tops out at 2,250. From 5:45 to 8:45 p.m. on that Monday, when the threats of mandatory blackouts were at their greatest, the state’s batteries pumped 2,000 megawatts or more continuously into the grid — a full three hours of grid-saving power. Batteries provided about 4% of supply during the peak demand, which averted rolling blackouts.

No electricity grid in history, anywhere in the world, has seen anything like this. When the state experienced an electricity crisis during an August 2020 heat wave, rolling blackouts ensued on multiple days, leaving many Californians in the dark, without power for cooling and other essential needs. At that time, California’s grid-connected power plant batteries were few and small and provided an average of just 50 megawatts of power for two hours.

What a difference two years have made — an astounding difference that challenges what most energy experts think they know. But the numbers are there. In just two years’ time, California has strategically built up a fleet of batteries that was able to discharge 150 times more energy at the peak of the crisis on Sept. 5 than batteries did on Aug. 14, 2020.

And batteries are only getting started. More and larger battery systems are being connected to California’s grid every month. Over the next few years, the state’s fleet of batteries will more than double. Every new large-scale solar project is now installed with batteries, making all new solar power “dispatchable,” meaning the energy can be used when it’s needed most and not just when the sun is shining. In fact, much of the energy dispatched by batteries in the critical evening hours of California’s latest electricity crisis was stored solar energy from earlier in the day.

Because of unprecedented drops over the last decade in the costs of both solar panels and lithium batteries, dispatchable solar-plus-storage now beats new fossil fuel plants on cost of electricity.

None of this happened by accident. California began investing in solar power more than 20 years ago and passed Assembly Bill 2514, the nation’s first legislative grid energy storage mandate, in 2010. Gov. Gavin Newsom has also pushed to get more clean energy assets on the state’s grid. These long-term efforts are paying off for California — and have shown the world what’s possible.

Mike Ferry is a research director at the UC San Diego Center for Energy Research.