Op-Ed: Can space save Earth? 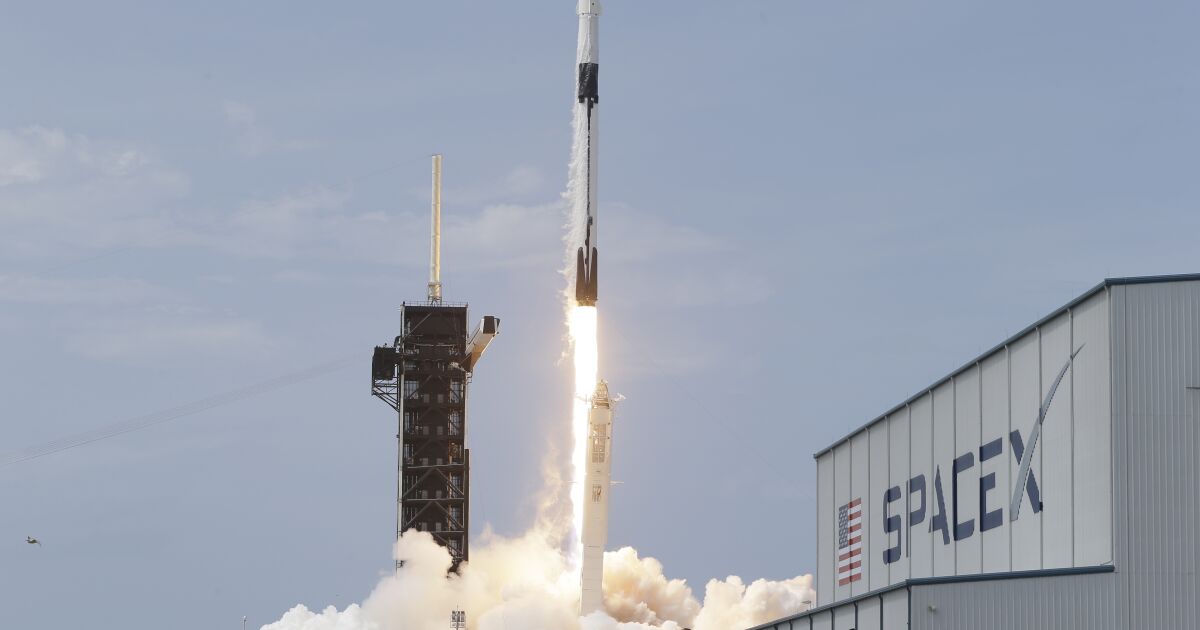 The world economy is in the doldrums, pessimism is rife around the world, and most young people, according to one survey, believe climate change means the end of human life on Earth.

Yet a better future beckons, if we can only begin to look outside ourselves, and even beyond our planet. It is in space that we may find solutions to some of our most pressing problems, including a workable energy strategy and access to the precious minerals needed to sustain our prosperity.

Space has always held a special place in our collective imagination. Missions to Mars, the mining of asteroids and the development of space-based human societies have been the subject of TV shows and movies for decades, all speaking to the notion of a human “manifest destiny” that will transcend the inertia of our Earth-bound society.

Despite a decades-long torpor at NASA, the space industry is making a major comeback. The U.S. Bureau of Economic Analysis has just announced that it is formally tracking the industry’s growth, which it estimates contributes approximately $200 billion annually to the U.S. economy and already employs 354,000 people. The global space economy could reach $1 trillion by 2040, according to new research from Morgan Stanley.

This rapid growth reflects not so much the desire to “boldly go where no one has gone before” but — as in the westward expansion across America of the 19th century — our hunger for riches, precious metals and minerals. It has less to do with exploratory zeal and more with maintaining and feeding our terrestrial habitat.

In this quest, government is still a large part of the effort — with serious players including nations as diverse as China, Russia, India, Japan and Israel. NASA, for its part, has spent five years building the Artemis moon exploration program.

But increasingly, today’s return to space is being driven by private sector innovation and for-profit companies, which made 2021 the best year for space growth in decades.

The dominant players now are firms like SpaceX, Relativity, Virgin Galactic, Blue Origin and Long Beach-based Rocket Lab, which has recently announced a new mission to explore the gases of Venus. A recent report from the not-for-profit Space Foundation noted that about 90% of the more than 1,000 spacecraft launched this year have been backed by commercial firms — most notably the hundreds of Starlink internet satellites launched by Elon Musk’s SpaceX. The pace of new launches is now the greatest since the late 1960s during the U.S.-Soviet “race to the moon.”

SpaceX dominates today, accounting for upwards of 60% of all new commercial rocket launches. The company has achieved major technological breakthroughs in recent years, dramatically lowering the cost of spaceflight. Sending people or cargo into space, measured per kilogram, is 85 times cheaper today than when the space shuttle first launched in 1981.

SpaceX is preparing to establish a permanent presence on the moon and launch a crewed mission to Mars, but other players are also driving change. NASA, for instance, is planning new unmanned deep-space exploration. Japan has already started small-scale efforts to test the feasibility of retrieving metals from asteroids, the first attempt to shift mining away from our fragile planet to the vast and, as far as we know, empty areas in space.

These activities are already helping Earth in profound ways. Perhaps the most evident benefit has come in the form of satellite communications. SpaceX, through its Starlink constellation of satellites, beams broadband service to customers around the globe.

The efforts of space companies to provide orbital communications networks have, among other things, begun to bring cyberspace to the developing world. Aerospace engineer and consultant Rand Simberg says the Starlink system is why “Ukraine has maintained the internet through the war.” Sadly, the U.S. government recently rejected a Starlink project to serve rural America.

But telecommunications are just the one of benefits of the space industry. As the industry matures, it could help solve Earth-bound problems, such as how to harvest metals, particularly relatively inaccessible ones like cobalt and lithium. Lithium, for example, is very abundant in the asteroids and moons of the outer solar system and perhaps on Mars as well. Two asteroids in the belt between Mars and Jupiter, according to one recent scientific report, have more iron, nickel and cobalt than exists on Earth.

Ultimately these products could be not only mined but also processed in space, reducing pollution of both the air and water on Earth. Space also could provide the solution to solar power’s intermittency problem. Out in space, the sun always shines.

Where the space industry ultimately locates itself will become a huge source of competition both internationally and within the U.S. Our geopolitical and economic rivals — China, which is contemplating the construction of mile-long spaceships, and Russia — are not going to concede the heavens to us. Competition will also be fierce from more friendly Britain, Japan, India and Israel.

Within the United States, California should be well-positioned to benefit from the space economy boom. But there are troubling signs that we may be losing some of the business already. There have been a number of launches from Texas, New Mexico and Florida, and some spaceship manufacturing has already shifted from California to more business-friendly places like Florida’s Space Coast and Texas, where Musk’s manufacturing is now concentrated.

Yet that’s not the whole story. While we have seen some large rocket manufacturing migrate away from California, satellite and drone manufacturing are alive and well here.

And California still contributes the bulk of the intellectual property and most of the innovation in the space sector. In Southern California, major institutions such as the Jet Propulsion Laboratory, SpaceX, Virgin, Lockheed Martin, Boeing, Aerospace Corp. and the U.S. Air Force continue the Southland’s long tradition of space innovation.

Today no state has a greater stake in the space industry. California has more employees and more companies in the business than any other state by far. The struggle to dominate space will determine in large part which countries and regions thrive in the next few decades.

The success of SpaceX in making space more accessible has sparked a debate over whether private industry or governments should lead this endeavor. Our view is that if time, innovation and cost are the most important drivers of space exploration, private industry’s track record is hard to beat. However, some form of regulation will be required to ensure that a “Wild West” mentality does not repeat itself along the new frontier.

Neither the United States nor California can afford to falter in this enormous opportunity for future growth, unless we wish to be left behind in the inevitable race to the stars.

5 Leading Newspapers Urge US To Drop Hunt For Julian Assange

In Protest-Hit China, A Math Equation Is Being Used As Slogan. Here’s Why

Man Slips Into Coma For Four Weeks And Undergoes 30 Surgeries, All Because Of A Mosquito