Op-Ed: How can we help non-English speakers vote? 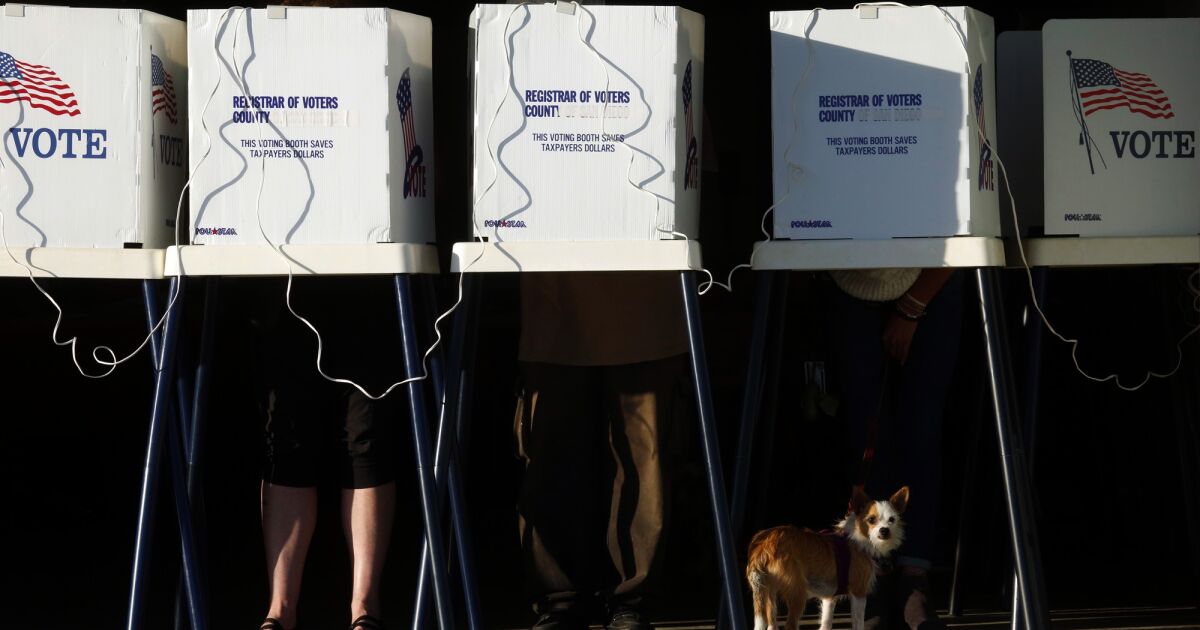 This November, as voters go to the polls to cast their ballots, some U.S. citizens will face insurmountable challenges.

That’s because a growing number of voters who need assistance at the voting booth live in jurisdictions where election officials may not allow them to get that help despite federal requirements established under the 1965 Voting Rights Act. That federal statute remains one of the most powerful tools to address this nation’s legacy of racial discrimination at the ballot box. Its protections extend to voters who have limited English proficiency and those with disabilities.

Yet states and counties are failing to comply with an important provision in that law that guarantees individuals who need assistance in casting a ballot the right to bring the helper of their choice into the voting booth. Limited English proficient voters often rely on individuals they trust to help them read and cast English language ballots.

In Arkansas, for example, MALDEF (Mexican American Legal Defense and Educational Fund) challenged a 2009 state election code provision that made it a crime for any person to assist more than six voters at the polls in a single election. This month, a federal court struck down that arbitrary restriction as violating the VRA’s guarantee of unfettered aid. The court rejected the state’s assertion that the state law was needed to prevent undue influence by people assisting voters.

Similarly, in Missouri, MALDEF is challenging a state election rule that makes it a crime for a person to assist more than one voter in any election. And in Texas, a federal court in June struck down the parts in the state’s Senate Bill 1 which sought to limit the types of assistance people could provide to voters at polling stations.

This election season, we anticipate that many states and counties with large Latino populations will continue to ignore federal voting law. Nationwide, an estimated 24 million eligible voters live in a state or locality required by the Voting Rights Act to provide language assistance to individuals who have limited English proficiency.

This comes at a time when a growing number of states have passed anti-voting laws that restrict voting hours, eliminate polling places, or illegally purge voting rolls — all measures aimed at keeping Black, Latino and other voters of color from casting a ballot.

These voter suppression tactics aren’t new. Latinos in the Southwest were subject to many of the same abuses faced by Black voters in the Jim Crow South.

For example, in April 1975, Rep. Edward Roybal (D-Los Angeles) described to a Senate Subcommittee on Constitutional Rights just how pervasive the abuses were in California. In the Imperial County community of Heber, for example, Latinos made up 80% the population but were unable to receive bilingual translation assistance when they went to vote. Local election officials would also suggest it was illegal to speak Spanish, Roybal said. Similar abuses were reported in Arizona and Texas.

That year, Congress expanded the Voting Rights Act to require bilingual language assistance in certain jurisdictions to Latinos, Asian Americans, Native Americans and other language minorities, who were routinely discriminated against at polling places.

The VRA has the potential to help millions of U.S. citizens successfully vote this fall, particularly non-English-speaking voters. But many voters may be unaware that they have a right to be assisted in casting a ballot and to bilingual election materials in many jurisdictions.

Making voting accessible is a central duty of government. Hundreds of counties across the country already provide bilingual ballots and other voting materials in multiple languages and recruit bilingual poll workers who make it possible for citizens to vote in their language of choice. California, for example, has even broader voting protections than the federal law.

Ultimately, the federal government must hold all states and counties accountable for following the law and ensuring that all citizens, regardless of English language proficiency, are able to vote.

Congress also must pass the John Lewis Voting Rights Advancement Act. That bill would require jurisdictions with diverse populations to seek pre-approval from the Department of Justice for changes to language assistance voter materials.

These protections address ongoing discrimination and abuses, including those against voters with language assistance needs. Such improvements to elections and practices to make voting accessible for all citizens are long overdue.

Andrea Senteno is the southeast regional counsel for MALDEF.

Op-Ed: How the West is squeezing Russia’s oil revenue