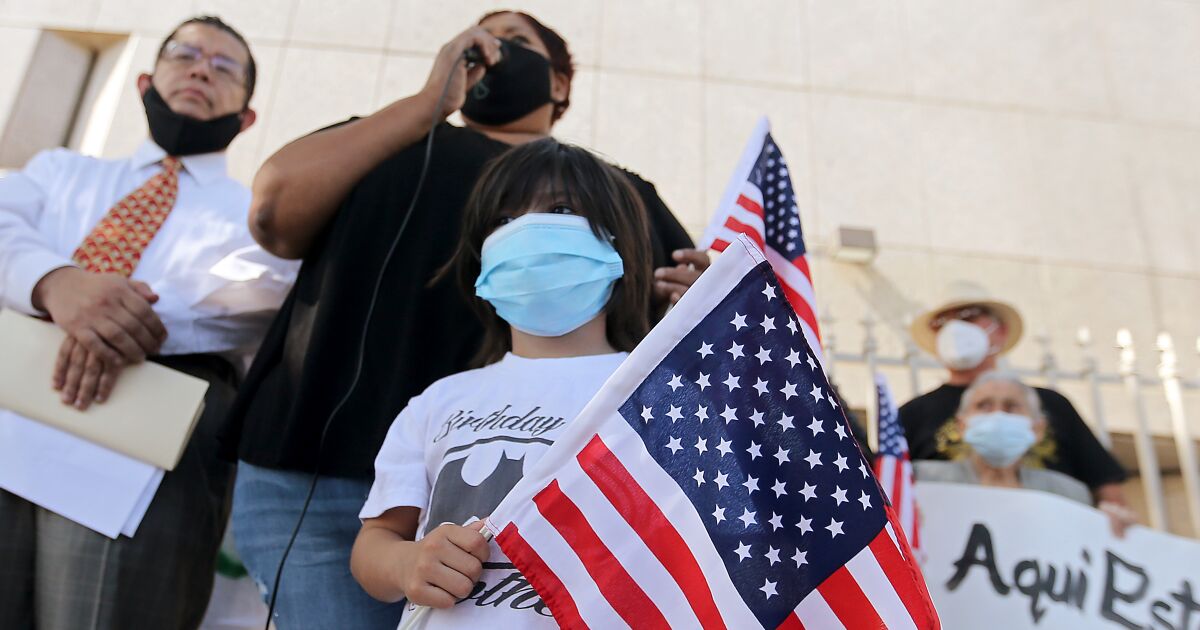 During a time that has brought the shock of the Uvalde mass shooting, restrictions on reproductive rights, and climate-related disasters, a large national poll of Latino voters found that their priorities have experienced a significant shift. For example, abortion is now among the top five issues for Latino voters for the first time ever. Worries about gun violence and crime, healthcare and abortion are rising dramatically. Jobs and the rising cost of living, as in the past, also remain priorities.

As the second-largest group of voting-age Americans, with many not solidly aligned with either party, Latino voters can be a powerful and stabilizing force in American politics. But misconceptions about this diverse and multiracial voting community persist. This has led to ineffective engagement with these voters, who already face increasing obstacles on the path to the voting booth.

Attempts to put Latino voters in an “either/or” box have consistently led to oversimplifications and mistaken assumptions about this community. The poll released by our organizations provides a trove of new data to show the nuanced views too often ignored in politics.

For instance, the survey respondents highly value self-reliance, but also believe that government has an important role to play in ensuring a level playing field. We found that Latinos tend to reject taking away people’s rights. On abortion, for example, 75% agree that no matter their own personal beliefs, it’s wrong to make abortion illegal and to take that choice away from others (this includes 76% of Catholics and 68% of non-Catholic Christians). On gun violence and crime, 72% of Latino voters were concerned about easy access to guns, and 60% say that elected officials need to find a way to put an end to school shootings. Inflation and jobs that don’t pay enough to make ends meet are top issues that Latinos want elected officials to address.

Given these priorities, it is not surprising the poll found that two-thirds of Latinos see greater alignment with the Democratic Party, with one-thirds favoring the Republican Party. This is in line with how Latinos have historically voted. Republicans have gained some ground, which they lost in elections in the last two decades, but there’s little evidence to support the current talk of a major shift to the Republican Party among Latino voters overall.

Yet neither party should take comfort from the recent poll results. The fact that Latinos are overwhelmingly concerned about inflation and the economy is a warning to Democrats who control the White House and Congress. And Republicans should be alarmed that continued GOP silence or endorsement of white supremacy is a big negative for Latino voters. Some 84% of these voters say it is important to them for elected officials and other leaders to speak out against hate groups, and 55% say they could not vote for a candidate supported by white supremacist/nationalist groups.

Both parties fall below previous peaks in Latino support. A big reason is limited long-term engagement with these voters, with more than two-thirds of voters reporting no contact from either party, including in many battleground states. Not surprisingly, this lack of engagement, compounded by disinformation, has diminished Latino voters’ ability to evaluate candidates and make informed decisions.

To fill this gap, our organizations have joined forces in a multistate partnership, bringing together the largest national Latino field electoral operation and a network of community-based organizations and programs serving millions of Latinos annually to expand civic participation. This extensive $15-million civic engagement effort will work with Latino voters in eight states: Arizona, California, Georgia, Florida, Nevada, Colorado, Pennsylvania and Texas. This year the partnership aims to register over 100,000 voters and to reach out to the nearly 2 million voters whom we connected with in 2020 to prevent voter drop-off this year.

This effort, of course, does not absolve political parties from their obligation to do better, particularly given pervasive underinvestment in Latino civic participation.

At a time when this country is experiencing unprecedented challenges to democracy, we need to join forces to defeat those seeking to undermine our power to advance solutions. We are not alone in this commitment, but it’s time for Democrats and Republicans to make engaging with Latino voters a central priority.

Janet Murguía is the president and CEO of UnidosUS, and Héctor Sánchez Barba is the executive director and CEO of Mi Familia Vota.