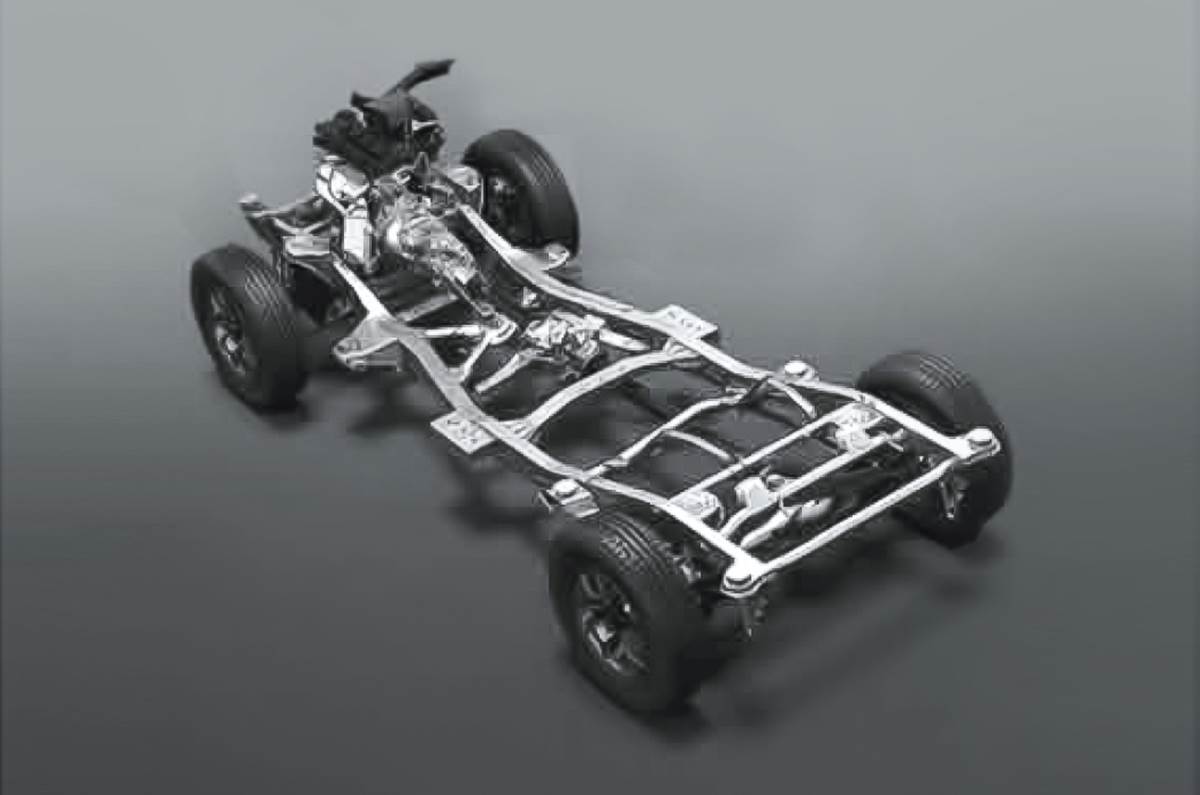 Maruti and Suzuki’s introduction of the five-door Jimny at Auto Expo 2023, on one hand, appears to be nothing more than another Maruti SUV; one more rung in the ladder of SUV success. But pull out the microscope, examine the evidence close up and what becomes clear is that this is anything but. For one, it’s based on a hardcore off-roader. Specifically lengthened, reconfigured and re-engineered for India, it also follows the template laid down by the long-running Gypsy. What’s different this time around is that Maruti is looking at selling the long-wheelbase Jimny as a lifestyle off-roader rather than merely a utilitarian off-road-capable vehicle.

It was the Gypsy, of course, that kicked off the off-roader genre in India for Maruti. Basically a long-wheelbase Jimny SJ30 introduced here in 1985, it had to be lengthened for India because in Japan it was a Kei car and was built within certain length and width restrictions. It was just 3.2 metres long! This is why the Gypsy for India was significantly longer at 4.01 metres and, crucially, had a bit more space in the rear.

Carried over unchanged, however, were the off-road genes. The Gypsy was built on a ladder frame, had a four-wheel-drive system and a low range. It even came with off-road goodies such as non-independent front and rear suspension and solid axles. It was initially only sold as a soft top and only ever had two doors. But the long wheelbase did allow it to pack in six passengers on the side-facing benches at the rear, and that in a way set the template for its use and utility.

While initially the Gypsy was used as personal transport, it soon proved to be unsuitable. The fabric top, bumpy ride, cramped cabin and side-facing rearseats meant it was uncomfortable when compared to a regular car. Where the Gypsy, however, found success was as a vehicle for paramilitary and military forces. A modern replacement for the Mahindra CJs or Civilian Jeeps used by the police and others, it was an off-roader inspired by the American icon after all, and it was well suited to rough terrains and challenging off-road conditions all over India. 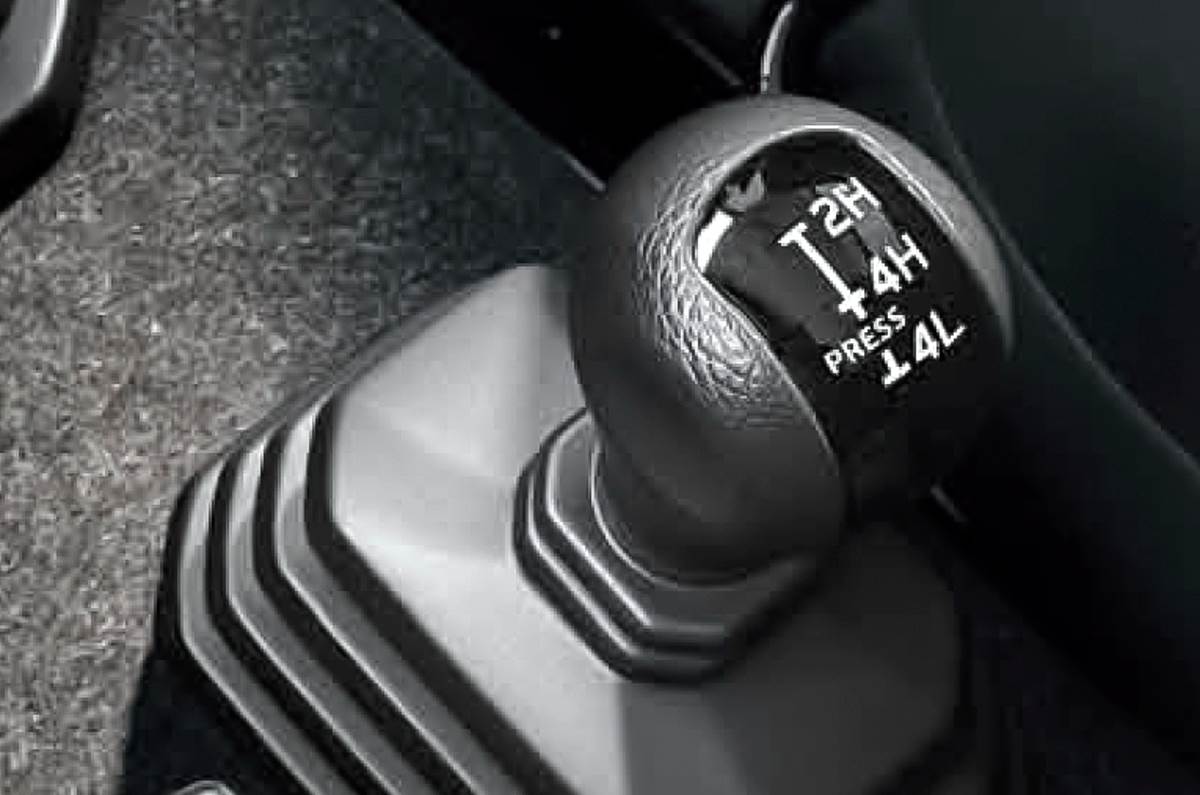 The Indian Gypsy, which was called the MG410, initially came powered by a 1.0 petrol that used a single-barrel carburettor and made just 46hp. Over the years, several modifications were made. These included the wider and more stable MG410W in 1993; the narrower Gypsy had a habit of falling over. The track was widened by around 90mm on both axles and this made it more stable. Then it got a larger, torquier, more powerful 60hp, 1.3-litre petrol in 1996 and finally fuel injection and 81hp in 2000.

The 1.3 version was called the Gypsy King and came with a sticker of a lion above the fender. It was designated MG413W. The Gypsy even had an illustrious career as a rally car in India, winning many championships and beating other cars more suitable on paper for rallying. Under the skin, the new Jimny is built around a similar template. Built on a ladder-frame chassis, with a non-independent front and rear suspension and manually selectable low range and four-wheel drive, it still should be an extremely capable off-roader. Suzuki has made a concession to comfort and the Jimny now comes with coil springs rather than truck-like leaf springs.

Like the Gypsy, it also comes re-engineered with a longer wheelbase for India, but this time, with additional rear doors and a hard top. To be marketed and sold by Suzuki and Maruti more as a lifestyle off-roader, it is for owners who want a combination of a modern SUV and real off-road ability. In fact, size apart, the five-door Jimny should appeal to a similar set of people as the larger Mahindra Thar… still only available as a three-door.

Question is, just how well will the Jimny do? What the Jimny has on its side undoubtedly are its Mercedes G-Wagen-inspired looks. The longer five-door isn’t nearly as cute as the 3-door Jimny and it doesn’t have the same cubic appeal. But this one is more practical and can be used as an everyday family car, albeit with a few compromises. It won’t be as comfortable as a Grand Vitara and will drive a bit like an off-roader, but what it will offer is loads of appeal and genuine character.

Look in the direction of the Swift to see how well Marutis with real character do. And who knows, one day we may even get a soft top or three-door version called the Gypsy, fingers crossed. The Jimny is a Gypsy after all; a modern, more sophisticated but just as a hardcore compact off-roader. And in many ways, the introduction of the Jimny will also be the return of the Gypsy. The longest-running Maruti ever, it was continuously on sale from 1985 to 2019 – an incredible 34 years. It even outlived the Maruti 800. So while the King is dead, long live the King.

Opinion: Why the Jimny and Thar are not competitors