Opinion: Why the Jimny and Thar are not competitors 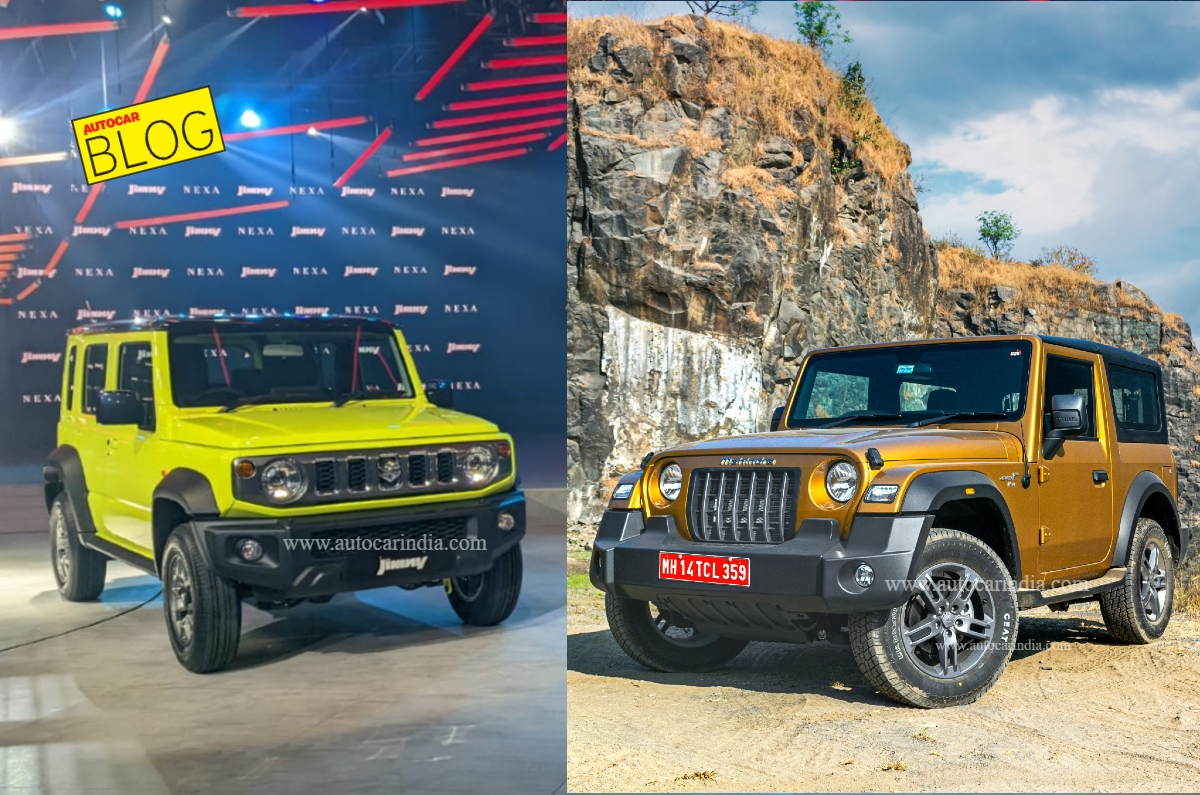 They may use serious 4X4 hardware and a body-on-frame construction, and soon, 5-door body styles, but they are far from being competitors.

No sooner had Maruti and Mahindra announced the 5-door body styles of Jimny and Thar 4X4s, it was only natural for comparisons to begin. At the back of our minds, we knew the two were going to be quite different, but compare we all did. But standing next to the Jimny at its global unveiling, it really struck me just how different the two SUVs are.

Sure they are both straight-edged upright 4X4s and both use genuine 4X4 hardware as well as a body-on-frame construction, but that doesn’t make them competitors just like the Maruti Alto and Hyundai i20 aren’t. Both are hatchbacks, both use a monocoque construction and are front-wheel driven, but they are clearly in different segments with differing sizes and prices.

The Thar measures an identical 3,985mm but that’s the 2-door model. The 5-door will certainly stretch well past the 4-metre mark and, at 1,820mm and 1,850mm, the Thar is appreciably wider and taller too. Unlike the Jimny, I can’t peer at the Thar roof unless I stand on my toes. The Jimny is shorter than me, the Thar taller.

Under the hood too, they are vastly different. The Thar comes with a petrol and diesel powerplant; the diesel with two choices – a 1.5-litre and a 2.2-litre unit – whereas the petrol is a 2-litre powerplant. The Jimny, on the other hand, has only a petrol motor and it’s a much smaller 1.5-litre unit that puts out 105hp as against the Thar’s 152hp. Clearly then, size and engine capacities put these two in different segments and I’m sure pricing will too.

Prices of 5-door variants of the Jimny and Thar aren’t out, but it’s safe to say that the Thar will sit higher. Not only is it bigger and powered by a larger and more powerful engine, but it will also not qualify for the ‘sub-4-metre’ tax benefit, which the Jimny will. Thus, when the two 5-door 4X4s arrive they will certainly sit in separate price segments.

I also suspect they will appeal to slightly different customers. Sure both sets of customers want a lifestyle 4X4, but it’s the Thar that will appeal more to buyers who are inclined to the rough stuff and that’s driven by its image and capability. Again, both the Jimny and Thar are similar here, but the Thar, thanks to the previous-generation model’s hard-as-nails image, has the tougher and serious off-roader aura around it. With larger tyres and more powerful engines – including torquey diesels – it will have an edge off-road.

Which brings me to another point – Maruti should really offer the 2-door Jimny and with a 4X2 option as well, while the Thar should not. But that’s another story.

Mahindra Thar 4X2 review: Then there were two