Paul Ryan Is The Wrong Person To Make A Good Point 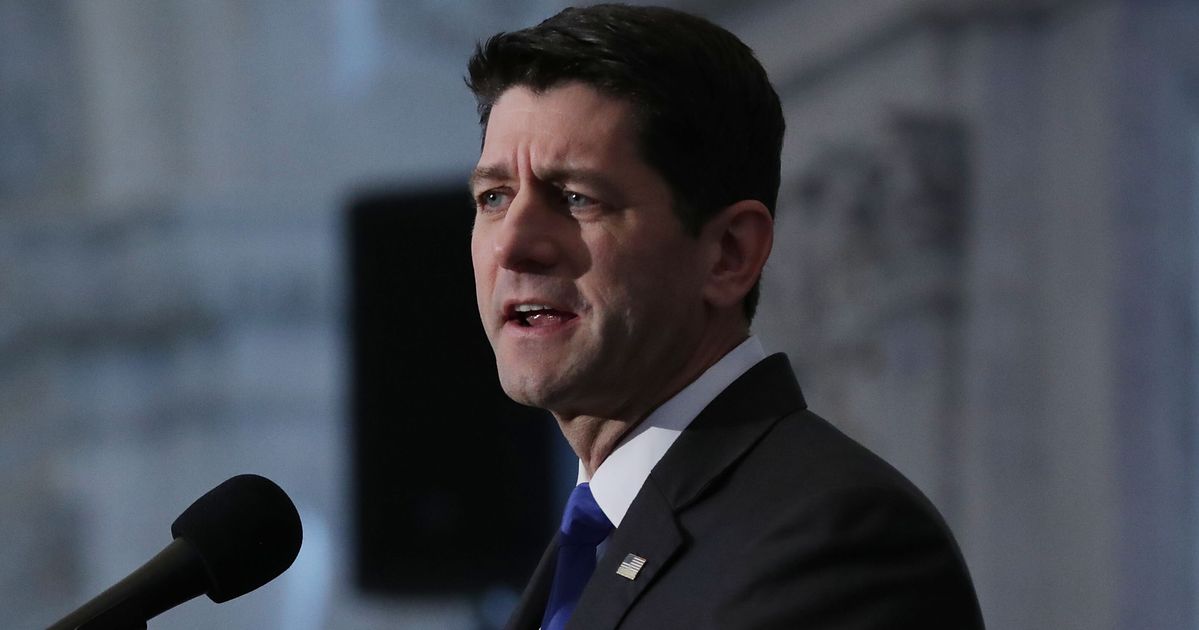 I never believed Paul Ryan to be as remarkable as he was once touted in select circles before his political career was tossed in the trash during the Trump era, but even failed leaders can make somewhat of a decent point about our political climate.

Recently, the Republican former speaker of the House complained about “entertainer politicians” during an appearance on CNBC’s ”Squawk Box.”

“In the ‘old days,’ like 10 years ago, if you wanted to do really well in Congress, if you wanted to succeed, you climbed a meritocracy,” Ryan explained. “The measurement of success was policy and persuasion.”

Meritocracy is a figment of majorly white male imagination, but his underlying point about how many nationally known politicians operate in our current era in order to gain prominence should not be completely discounted.

“You persuade your colleagues, your country, your constituents: ‘This is the right way to go. Here’s the solution,’” Ryan explained to host Rebecca Quick. “That’s not necessarily what motivates people anymore. There’s a lot of entertainers in Congress on both parties.”

Now, he complained, you can “just leapfrog that whole process, be a really good entertainer, have an incredible presence, digital, and forget about policymaking and curate a brand for yourself.”

I imagine Ryan is referring to more contemporary Republican figures in the House such as Marjorie Taylor Greene (Ga.), her partner in idiocy, Matt Gaetz (Fla.), and the no-less-awful Paul Gosar (Ariz.).

Greene, the most famous, was initially known as the “QAnon candidate” and has since gained a national following for essentially howling at the moon about how horrible other people are.

A recent example of this is Greene’s assertion that Pride Month must be abolished because, if we allow the rainbow flags to keep flying, eventually straight people will become extinct.

“Probably in about four or five generations, no one will be straight anymore,” Greene tweeted. “Everyone will be either gay or trans or nonconforming or whatever the list of 50 or 60 different options there are.”

Greene based this on the false claim that the gunman who fatally shot 19 students and two teachers in Uvalde, Texas, last month was a “cross-dressing loner.” She also, presumably, pulled from her long-standing ignorance and bigotry.

After that ridiculous claim, she earned more headlines for making the argument that Canada’s proposed gun control legislation would invite a Russian invasion, calling out Canadian Prime Minister Justin Trudeau.

“Trudeau foolishly completely ignores how taking guns away from his people makes his country weak and vulnerable to being invaded and easily taken over by another stronger country,” she alleged on Twitter. “Like, perhaps Russia, who is very angry at America right now.”

No matter how asinine Greene sounds on a given day, as a creature of social media — or more pointedly, an online cult — Greene has been rewarded for not knowing anything for many of the reasons outlined by Ryan: lots of money, more headlines, and plenty of exposure across social media.

Yes, despite claims like these — along with other controversial incidents such as being accused of making thinly veiled threats toward trans people and Democrats — to Ryan’s point, Greene has been rewarded.

As has been reported, it appears McCarthy understands there’s no stopping members such as Greene and Gosar — including that time the two were spotted at a gathering of white nationalists hosted by the outspoken Holocaust denier, antisemitic, homophobic and racist activist Nick Fuentes — so you might as well give them what they want in exchange for power. Never mind how vile and stupid they show themselves to be.

Paul Ryan grasps that this new political culture is a problem, but unfortunately, not for the right reasons.

“If you are going to entertain, if you are going to try to show that you’re better than everyone else within your own ecosystem” it makes it more difficult to compromise and forge policy, he noted. It “divides us,” Ryan explained.

I’m all for complaining about entertainer politicians, but not in the context of it being a problem for bipartisanship. Given what Paul Ryan professes about the virtues of meritocracy, I’m not surprised he blabbed a bunch of nothing about how important bipartisanship is. However, unless you took ”The West Wing” too seriously, bipartisanship doesn’t matter as much as the fact that selfish people who just want clout and campaign contributions have an entire ecosystem to benefit from sabotaging the country.

Meanwhile, to say that it’s “both parties” is disingenuous, which is probably why Rep. Alexandria Ocasio-Cortez (D-N.Y.) ignored the advice Ryan gave her in 2019: “Take it easy, just watch things for a while, don’t ruffle any — see how it works first.”

Ocasio-Cortez has gained a national following because she passionately speaks about issues that matter to the Democratic base. Additionally, she has shown herself to be a sharp questioner during hearings and someone that will also call out members of her own party when need be. Complaints of her celebrity are unwarranted given that she is someone at least trying to be good at her job.

Republicans tend to stand in the way of progress generally, but thanks to the political ascension of Donald Trump, catapulted by his ability to use his skills as an entertainer to feed the Republican base the racism, sexism and xenophobia that’s long been part of the GOP’s id, the problem has gotten much worse. There is now a template to duplicate on a smaller level. Ryan ignores his own role in helping make this mess, which makes his criticisms register as incomplete (if not phony).

Ryan used to be applauded by members of a press corps dominated by people that look like him because he read Ayn Rand and worked out. Ryan often coasted on the reputation of being a policy wonk yet often simply trafficked in the same racist talking points most American politicians of stature employ to get ahead. Ryan may have delivered his ugliness in sharper sentences than the dense politicians he refuses to call out by name, but that is not unlike the people he now complains about.

The most he ever did in Congress was pass a tax cut for the rich, and after doing so under Trump, whose racism and idiocy he defended when it proved politically beneficial, Ryan left to become a board member for Fox News’ parent company.

Now Ryan is criticizing other Republicans for behaving as cowardly and feckless as he used to, claiming House Republicans would have voted to impeach Trump if they’d had the “guts.”

It did not take long for the reportedly “bored” Trump to respond: “Did anyone notice that Fox News went lame (bad!) when weak RINO Paul Ryan, who is despised in the Great State of Wisconsin for being ‘a pathetic loser,’ went on the Fox Board.”

The offensive use of quotations notwithstanding, I can at least acknowledge that there is something lame and pathetic about a person who spent most of his career cowering to whatever interests would help him net power then decided to sit on high and whine about other people doing the same thing.

While I’m glad someone of stature is speaking about the celebrity problem, when you sit on the board of the company responsible for giving do-nothing politicians a place to perform, the least you could do is note past mistakes in these diatribes. But if you choose to say nothing about it, you can’t be taken that seriously.

Perhaps the real problem is that Paul Ryan is upset that, after spending 20 years in Congress, he finds himself out of power and relevancy because the game he’s used to has changed. This doesn’t make Ryan wrong to at least speak up, but he remains the wrong person to make the right argument. Here’s hoping someone not as flawed will follow in his footsteps because, if nothing else, I am tired of our politicians clowning and trolling their way to more power.