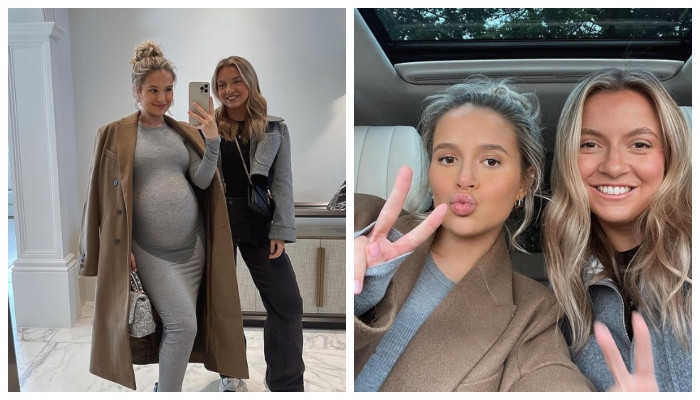 Pregnant Molly-Mae Hague is having a perfect girl’s day out.

On Friday, the former Love Island star, 23, who is super active on Instagram, was in an “all day chilled out” zone as she and her sister Zoe, 26, indulged in afternoon tea during a girls’ day out.

Showing off her baby bump in a grey bodycon dress Molly-Mae shared a series of photographs from their outing and was sure to showcase her chic maternity ensemble by raising the level of hotness.

It comes after fans became convinced they have worked out the name of Molly-Mae’s unborn baby girl after spotting a clue with her daughter’s nursery.

The former Love Island star revealed in September that she’s expecting her first child with boyfriend Tommy Fury, 23, and while she’s been open about most aspects of her pregnancy – she’s stayed tight-lipped over her girl’s moniker.