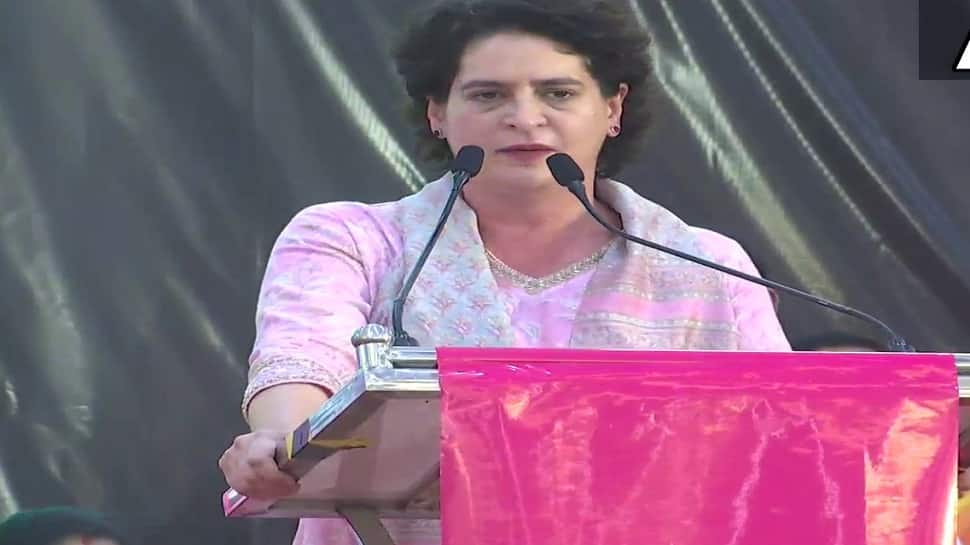 New Delhi:  Congress General Secretary Priyanka Gandhi Vadra on Monday (January 16) slammed Karnataka’s ruling party, BJP over corruption and said that the state has lost Rs 1.5 lakh crore in corruption. Speaking about the Karnataka PSI (police sub inspector) recruitment scam, Priyanka Gandhi said it is ‘really shameful’. “I have been told that situation in Karnataka is very bad, Rs 1.5 lakh cr money has been lost through corruption. PSI scam is really shameful, you educate your children & this is what you get from politicians in power,” said Priyanka Gandhi.

Addressing the public, Congress General Secretary also asked the people to evaluated their lives before voting for Karnataka assembly elections and question themselves if  their lives have become better under BJP government.

“I want to ask a question, under BJP govt, has your life become better? Did anything change in your life? Look at past few years and evaluate your life before voting,” said Priyanka.

Priyanka arrived in Karnataka`s state capital to take part in the Women`s convention on Monday. She was received by State Congress President D.K. Shivakumar, Opposition leader Siddaramaiah at the airport. The Congress workers who gathered on the airport premises accorded her a rousing welcome.

The party workers also honoured their leader with a huge apple and flower garland and cheered for her. Priyanka Gandhi will address a mega women`s convention organised at the Palace Grounds.

The Congress wants to galvanise the party workers through Priyanka`s event. It wants to create a momentum like how it got during the Bharat Jodo Yatra. Congress insiders explain that there will be a major announcement regarding the manifesto of the party for Karnataka by Priyanka Gandhi.

The party had erected huge and tall cutouts and banners across Bengaluru to welcome her. The leaders are hoping to get momentum with this convention for women titled “Na Nayaki (I am the leader)”.