Prop. 27 backers sound like lottery pushers in the 1980s 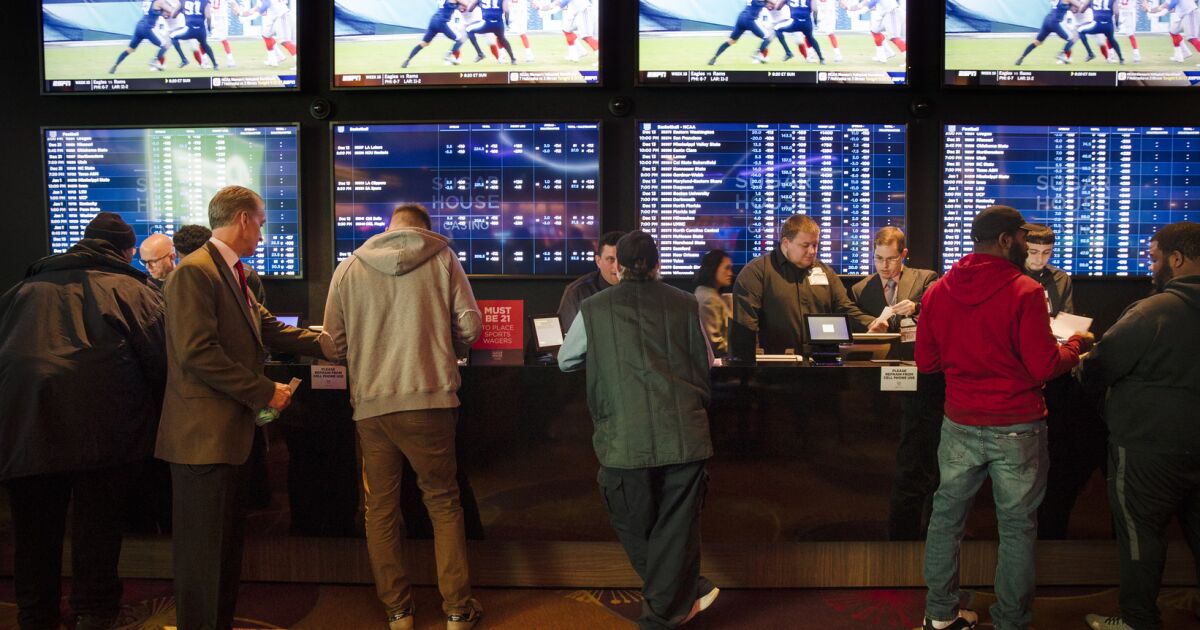 To the editor: Columnist Michael Hiltzik calls out the online gambling interests bankrolling Proposition 27, scheming to create a new generation of gambling addicts while paying lip service to the real suffering of homeless people.

In 1984, voters passed Proposition 37, establishing a California lottery system. The “yes” coalition promised millions in new education funding. I began my teaching career in 1985, and I remember receiving a set of dictionaries and three yellow playground balls, all courtesy of the California State Lottery Commission. I never heard from it again.

Now walk into any convenience or liquor store, and you’ll see people, often down and out, buying lottery tickets and scratchers, laying out hard-earned money to feed their gambling addiction.

Proposition 27 will similarly explode gambling addiction in California by giving the green light to online betting, enabling addicts to wager their money instantly on their smartphones. Meanwhile, it applies a Band-Aid to our serious homeless problem — a Band-Aid that will become as useless as my classroom dictionaries.

To the editor: As a California Central Coast baby boomer, I lived in a working-class community with scores of others who had newly moved away from their parents’ homes. In an era pre-dating tribal casinos, we had to drive to Nevada to gamble legally.

We found the 800-mile round-trip to Las Vegas to be costly. But some financially challenged friends went anyway, for a reason they deemed most compelling: They felt that Vegas casinos provided a good chance of getting money to make their next rent payment.

Such wistful expeditions seldom paid off. Though I don’t recall any Vegas losers winding up homeless, some had to make alternative living arrangements.

Since then, the rental market has tightened greatly. Yet promoters of Proposition 27 claim that its expanded gambling options will decrease homelessness. In truth, it’s a sure bet to generate even more unhoused masses.