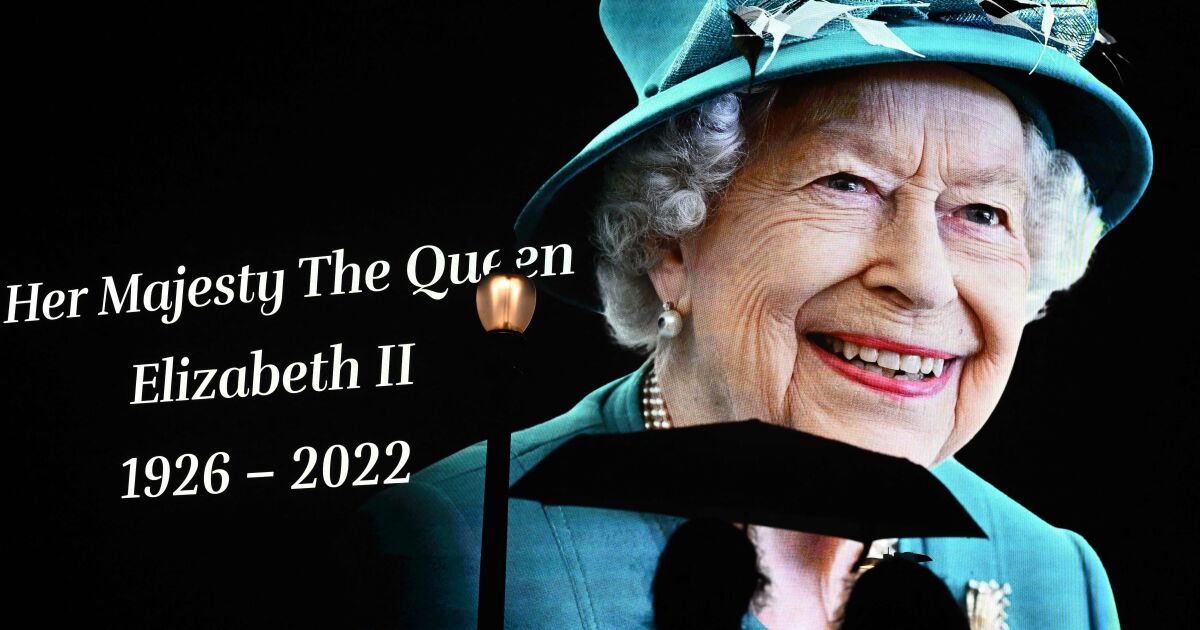 To the editor: As an Irish American whose antecedents did not have great regard for the British monarchy, I wish to say that I shall miss Queen Elizabeth II, who died Thursday. She was a woman of dignity and grace, intelligent and diplomatic, devoted to her duty and to her people all her life long.

And yes, I shall miss her hats. They were great. Sometimes fantastical. And no other woman in the United Kingdom or elsewhere ever wore them so well.

To the editor: Condolences to the family of Queen Elizabeth II on her passing and to the British citizens who loved her so dearly.

Still, there are considerable factions in the United Kingdom advocating to abolish a monarchy they deem anachronistic, whose primary function is to serve as a costly British tourist attraction.

In 2019, British taxpayers paid the equivalent of $104 million to support royal family members. Funds were used to pay for ceremonial duties such as receptions, garden parties and visiting schools. In 2021, almost 2,300 official engagements were carried out at significant expense.

But the only way abolishment could happen would be by an act of Parliament, which is highly unlikely. So the existence of the British monarchy and its attendant taxpayer costs are likely to long endure.

To the editor: Editorial writer Carla Hall’s personal thoughts on the passing of Queen Elizabeth II highlight the fascination and love affair that many Americans have long held with Britain and its amazing history.

I have been fortunate to visit the country — the beautiful cities and quaint villages, its castles, palaces and cathedrals. I even glimpsed the queen herself on the opening day of Parliament many years ago. My daughters and I love doing high tea.

Upon Princess Diana’s death, then-Prime Minister Tony Blair dubbed her the “peoples’ princess.” On Thursday, discussing the impact of the queen’s death on American viewers glued to the television, my daughter called Elizabeth “the world’s grandmother.”

I think that is a very fitting title.

Share
Facebook
Twitter
Pinterest
WhatsApp
Previous article
Op-Ed: Americans fueled the rise of Nazis and the Holocaust. Will we learn from that shameful chapter?
Next article
Op-Ed: ‘Fetal personhood’ has a whiff of medieval theology