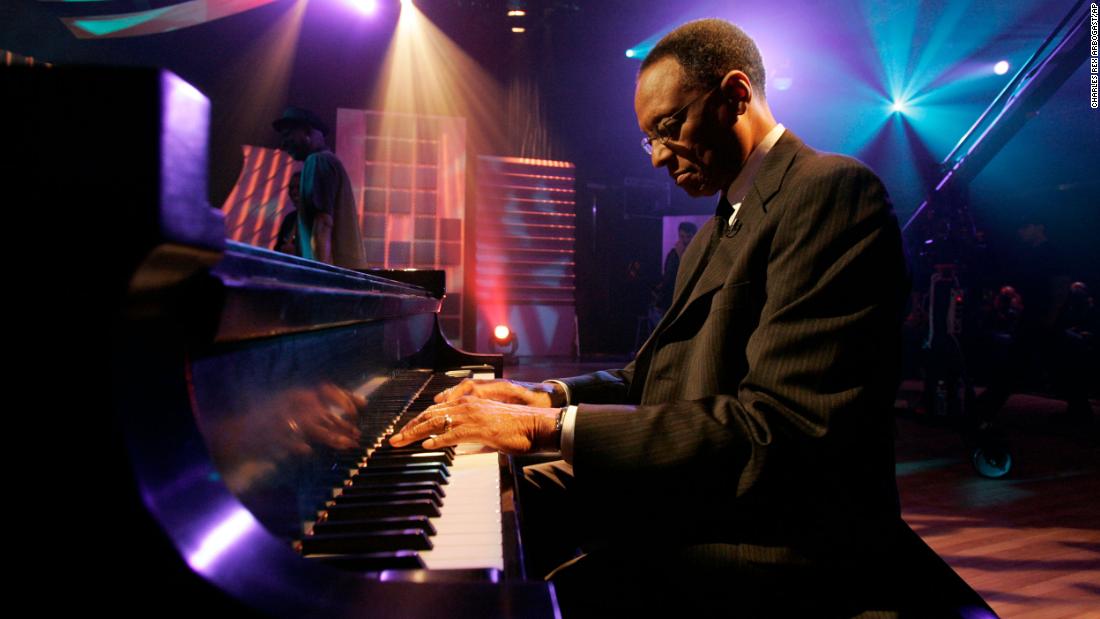 But Ramsey Lewis, an inventive jazz pianist and one of the nation’s most respected artists in the genre, continued to find novel ways to keep the genre alive and evolving and, crucially, grow new generations of jazz listeners.

Lewis spent nearly 60 years recording and performing original jazz music, striking gold in 1965 with the crossover hit “The ‘In’ Crowd.” He won three Grammys, scored seven gold records and in 2007 was named a National Endowment of the Arts Jazz Master, the highest honor bestowed upon jazz musicians in the US.
Lewis died Monday at his home in his native Chicago, his manager Brett Steele confirmed. He was 87.
A lifelong Chicagoan, Lewis grew up in the Cabrini-Green housing project in the city’s Near North Side. Though he played piano throughout his childhood, his exposure to jazz came only at home, when his father would play records from Duke Ellington and Art Tatum (one of Lewis’ all-time favorite artists). He didn’t attempt to learn to play jazz himself until another musician at his church approached him to start a band when he was 15, according to the National Endowment for the Arts’ biography of Lewis.
After honing his jazz piano skills with that band, the Clefs, he formed the Ramsey Lewis Trio with bassist Eddie Young and Redd Holt on percussion, per his website. Their debut album was released in 1956, but it wasn’t until almost 10 years later that they became national stars: The trio’s instrumental cover of “The ‘In’ Crowd” became a hit upon its 1965 release and won Lewis his first of three Grammys.

The mid-1960s also saw the release of crossover hits like “Hang on Sloopy” and “Wade in the Water,” two songs that resonated with listeners from all backgrounds, not just jazz aficionados.

The trio’s line-up shuffled over the years — other members included Maurice White on drums (he eventually departed the trio to start Earth, Wind & Fire but returned to produce Lewis’ 1974 album “Sun Goddess”). Lewis collaborated with other artists in his genre, too, including the late jazz vocalist Nancy Wilson on several albums, including 1984’s “The Two of Us.”
Lewis melded the gospel music and blues he’d grown up playing with the jazz his father loved and the popular sounds of the time to create what became contemporary jazz music. His jazz compositions had funk and soul (a style he perfected on “Sun Goddess” and showcased on programs like “Soul Train”), though he could play classical compositions with ease and panache, too (he once counted Bach as one of his favorite sources of “brain food”).

Lewis left a legacy in Chicago and beyond

Lewis had a prolific output, releasing two to three albums a year for several years after the success of “The ‘In’ Crowd.” In all, he recorded more than 80 albums, including last year’s “Maha de Carnaval.”

He retired in fits and starts. In 2018, he told Chicago station WGN that he took off several days in a row from performing and practicing piano and quickly became bored. In 2019, he opened the Chicago-based Ravinia Festival and told the Chicago Tribune that year that he was “90-some percent retired” — he’d still perform locally, but he was fully retired from touring across the US.

When he wasn’t performing, Lewis was still introducing listeners to new artists and replaying old favorites: He hosted several jazz programs on public radio and TV stations in Chicago throughout his life.

He was also a great proponent of arts education and uplifting musically gifted young people. He founded the Ramsey Lewis Foundation in 2005, which brought music programs to at-risk youth. He recalled his own foundational arts education at his Chicago public school, which he said offered various bands and musical electives. He lamented the defunding of public school arts classes.

“When they knocked that out of the public school system, we lost a lot of kids who could probably have contributed to the scene as we know it,” he told WGN.

Music was oxygen to Lewis; he couldn’t quit composing original songs even after he “retired.” In the 2018 interview with WGN, he shared that he was still tinkering with a song he started writing 15 years earlier. He spent much of his time at home at his beloved Steinway piano, which he said he bought in 1962. An eternal student eager to sharpen his skills, he listened to everything, across genres, that would fit on his iPod.

When asked in 2009 what he considered the greatest album ever, he replied, “There is no such animal.”

“What feels satisfying to me today might not tomorrow or next week,” he told Pop Matters in 2009. “The best album I ever heard was the one I just listened to, unless I’m spending time researching other cultures or auditioning new music/artists. So then … you never know!”

Lewis was remembered by his friends and admirers for his innovative style and inquisitive spirit. The Rev. Jesse Jackson recalled living near Lewis for more than 40 years, watching their children grow up together.
“Ramsey had exquisite taste and was formally trained and disciplined,” Jackson tweeted. “I will miss him as a friend and a neighbor.”
Chicago Mayor Lori Lightfoot said the city of Chicago was grateful to have Lewis as a “native son.” Based on his lifetime of playing in his beloved Chicago, he felt the same pride representing his city. As he put it succinctly in a 2011 interview: “Chicago is home.”

Lewis is survived by his wife and five of his children.