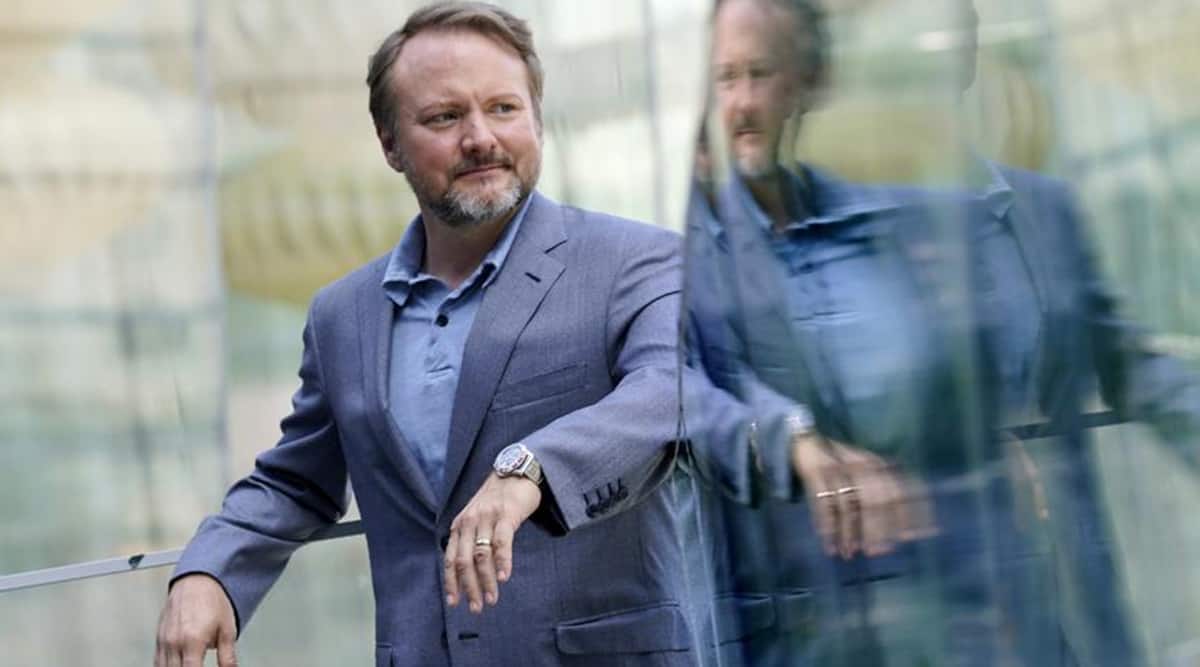 Three years after premiering Knives Out at the Toronto International Film Festival, Rian Johnson returned to the scene of the crime to debut his much-anticipated whodunit sequel, Glass Onion: A Knives Out Mystery.

When Johnson introduced the film to the eager Princess of Wales Theatre audience, he didn’t calmly stroll out on the stage with a polite wave to the crowd. He sprinted.

“Are you guys ready to have a good time?” yelled Johnson. “Are you ready for a fun whodunit?”

The roar of the crowd made it clear that, yes, they, too, could hardly wait. The Knives Out films almost perfectly bookend the last three pandemic years; the original Knives Out had premiered in the same theatre almost exactly three years prior, where Rian Johnson’s modern spin on a retro genre more or less blew the roof off.

“It’s surreal,” said Johnson, the 48-year-old director of The Last Jedi and Looper, in an interview ahead of the premiere of Glass Onion. “It’s so strange thinking of the 30 years that have gone by in the three years since we played a movie at Toronto.”

If Knives Out bridged a long-ago movie world — a cocktail of eccentric murder suspects hounded by a colorful sleuth — with contemporary issues of class and ethnicity, Glass Onion had the task of collapsing pre-pandemic moviegoing with today’s still unfolding recovery. The film, set in early 2020, starts with characters in masks and Daniel Craig’s Benoit Blanc in lockdown — soaking in his bathtub, mostly — and hungry for a new case.

“Part of the real pleasure of it for me is having a whodunit that’s not a period piece but set in modern America and that fully engages with whatever’s on people’s minds at the time — hopefully in a way that’s still completely encased within an entertainment,” said Johnson. “I hope we pulled that off again.”

The boisterous audience response and glowing reviews out of Toronto suggested that Rian Johnson, who also wrote the film, did just that. While the less said the better about the many-layered plot of Glass Onion, it revolves around tech billionaire Miles Bron (Edward Norton), who invites a small group of friends to his private island (much of the film was shot in Greece) for a murder mystery party. The cast includes a standout Janelle Monáe, Dave Bautista, Madelyn Cline, Kathryn Hahn, Kate Hudson, Jessica Henwick and Leslie Odom Jr.

Johnson juggles themes of truth and stupidity with echoes of today’s American politics, and also takes a satirical approach to tech moguls. In the film, Bron considers his inner circle a gang of “disrupters.”

That will strike many viewers as either fitting or ironic considering that Glass Onion, unlike Knives Out, is a movie for Netflix, a self-styled Hollywood disrupter that over the past decade has radically altered the movie business. After Knives Out became one of 2019′s biggest hits, grossing $311 million worldwide against a $40 million budget, Netflix swooped in to pay $450 million for two sequels.

That’s put particular focus on the release of Glass Onion, a likely box-office success if it were released widely in theatres, at a time when the film industry is grappling with the equilibrium between streaming and theatres. While Netflix often gives its most prominent films several weeks in select theatres before streaming, the streamer and exhibitors discussed a wider release for Glass Onion. Currently, that’s not expected; Netflix will stream the film beginning December 23 after a theatrical run beginning in November.

“This movie, above everything else, is designed to be a good time with a big crowd of folks in a theater,” said Johnson.

As far as the specific theatrical rollout, Rian Johnson said it’s still being worked out. “To be decided,” he said.

“I want as many people to see the movie in theatres as possible,” said Johnson. “Having said that, I know a lot of people discovered Knives Out with their families at home once it was streaming. But this movie is so designed to be seen with a crowd in a theatre. It’s less like Top Gun where it’s about the big experience of the screen and the sound, and it’s more about being surrounded by people who are going to be having as much fun as you.”

“My goal is to hopefully have it be so if you want to see it in a theater, you can,” added Johnson. “But we’re still TBA.”

Johnson, who emerged with the 2005 neo-noir Brick, with Joseph Gordon-Levitt, said he’s not so far removed from his independent roots that he isn’t happy with simply having the backing of a major distributor.

“As a form of self-defense, I have a serenity that if you make a good movie, you put it out there and people will find it,” said Johnson. “At the end of the day, you just have to reach a place of Zen because everything is changing so quickly.”

Johnson has again picked a movie title that relates not just to the storyline of his movie but that corresponds with a notable rock song. (Radiohead has their own Knives Out.)

“I honestly just searched through my music library for songs having to do with glass,” said Johnson, chuckling. “With apologies to Blonde, this was my favorite glass-centric song. The title has an oddness to it that reminds me of ’70s paperbacks or even some Agatha Christie titles. There’s a pleasant oddball-ness to calling a big movie Glass Onion.”

In a parallel universe, Johnson might have spent the last seven years working on Star Wars. Around the release of The Last Jedi — which remains a groundbreaking if contentious entry in the Star Wars canon — Johnson was tapped to develop a trilogy. Though there has yet to be any publicly announced plans for that, Johnson said that door hasn’t necessarily closed.

But he’s also having an awful lot of fun making Knives Out mysteries. There will be at least one more. At the premiere, Craig said: “I’d work with this man for the rest of my life.”

“I had the best experience of my life making The Last Jedi. I don’t know if I’ll ever top it professionally. And I really hope that I get to do it again. I hope to come back and do more Star Wars at some point,” said Johnson. “But it’s pretty fun having something that’s entirely our sandbox.”