Rodeos look like animal abuse because they are. Ban them 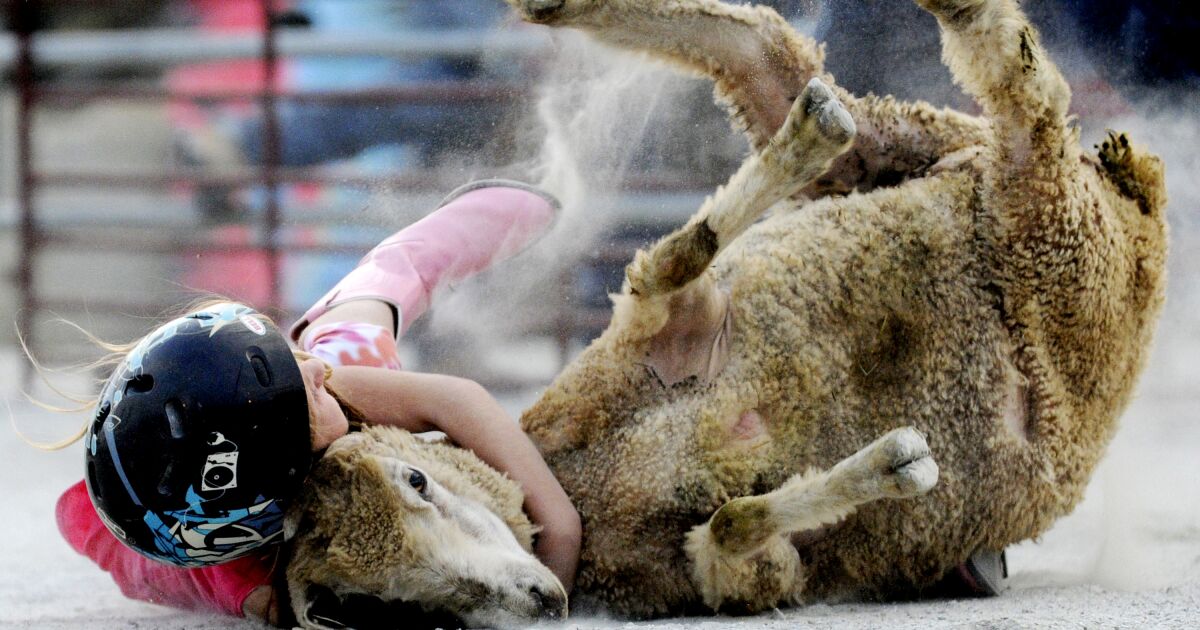 To the editor: I applaud The Times for covering the effort to ban rodeos. It’s shocking that anyone would compare such a ban in California to mask mandates and Marxism, but there you go. Banning rodeos has nothing to do with culture wars and everything to do with animal cruelty and exploitation.

How is three “macho” men slamming a nursing mother cow to the ground entertaining? Shame on those who pay to see this. There are other time-honored traditions at rodeos that don’t involve abusing animals.

Why don’t we teach our children kindness instead of teaching them that it’s OK to terrorize animals?

To the editor: How much more of this woke nonsense can one tolerate? Rodeos are an American tradition in which no animal is killed. Cowboys get a chance to test their skills.

These events deserve to be supported, not banned.

To the editor: I found it odd and rather ignorant that those who favor rodeos would consider citizens who object to the cruelty as “Marxists.” Having a bleeding heart doesn’t belong to any particular party, but should belong to every decent human being on this planet.

As a conservative, I have staunchly opposed and condemned animal cruelty my entire life.

It’s time we recognized that with increased awareness of the issues, American values on animal welfare will be playing a huge role in political races, and it would be wise for candidates on both sides to pay attention. Incidentally, Sen. Rand Paul (R-Ky.) recently galloped to victory thanks in part to his recent efforts on animal issues.

Abusing terrified animals in the name of entertainment or “Western culture” is wrong and cruel.

To the editor: Culture wars? What a load of garbage.

People who care about animals have been against rodeos since I was a kid in the 1970s and no doubt long before. Rebranding the fight using the latest right-wing buzz words won’t fly.

Thank goodness the moral arc is finally bending in the right direction — though far too slowly, as always.