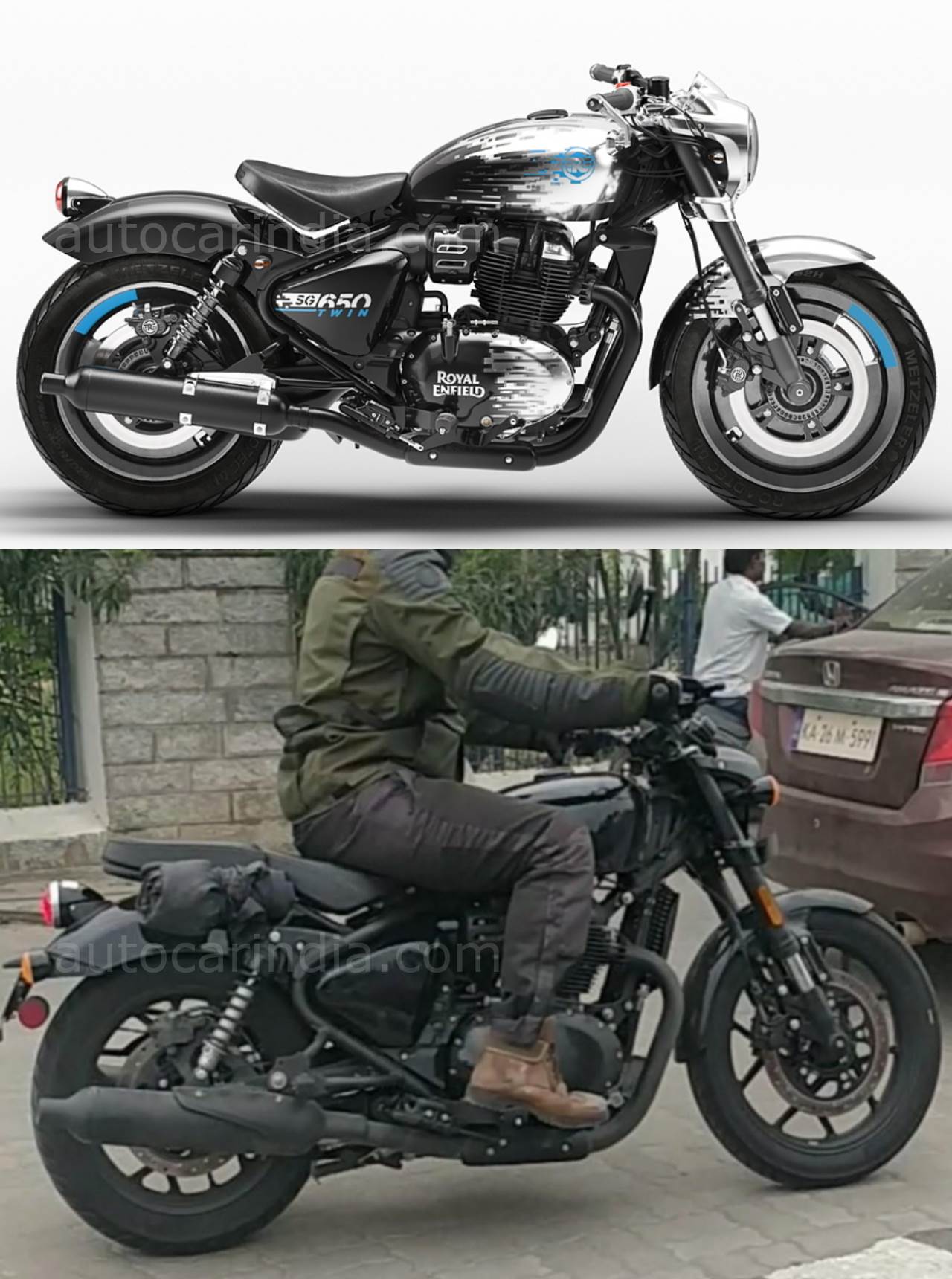 The Shotgun 650 is based on the SG650 Concept shown at EICMA last year, and is likely to be RE’s next big launch.

The Royal Enfield Shotgun 650 has been spotted testing again, and it looks rather production-ready this time around, suggesting that an India launch isn’t too far away.

Royal Enfield has at least a couple of new models planned for its 650cc platform, each likely to get multiple variants. But there are a number of signs to tell you that this is the Shotgun 650 and not the Super Meteor 650 that’s also expected to launch soon.

The most obvious sign is the seating position, which in the case of the Shotgun, is a far more upright position, with mid-set footpegs and a taller seat. The Super Meteor, in comparison, has been spotted with more forward-set footpegs and a steep swoop down from the fuel tank to the low rider’s seat, resulting in a more relaxed, cruiser-like, feet-forward riding position.

The road-going Shotgun 650 is going to be based on the SG650 Concept shown by RE at EICMA last year, and this test mule has a few design elements that very closely resemble the concept’s. The shape of the headlight bracket, and the upswept exhaust system are quite close to the concept, and the Super Meteor, in contrast, has a standalone headlight unit and more horizontal exhaust pipes.

Despite the differences, it’s quite likely that the Shotgun and the Super Meteor will share a platform, with a lot of chassis similarities visible across the two motorcycles. The basic frame, the braking hardware, the upside-down fork and the twin shock absorbers all seem almost identical, at least in terms of appearance. And of course, both bikes will share the 648cc, air- and oil-cooled parallel-twin motor that already does duty on the Interceptor 650 and Continental GT 650. At the moment, it produces 47.5hp and 52Nm, and these figures aren’t likely to change greatly on the new models.

What’s noteworthy about this test mule is just how well-finished it seems. There is no data-logging equipment anywhere on the motorcycles, and the body panels don’t seem like mock-ups. In fact, they all seem to fit together quite cohesively, and the paint finish seems quite nice, too. All this suggests that the bike is in the very final stages of its testing cycle, and an official launch isn’t very far away.

What about the Himalayan 450?

Royal Enfield does have a couple of other new products in its pipeline, notably the J-platform Bullet 350, and the liquid-cooled Himalayan 450. And while both of these have been spotted testing before, neither of them seems as close to finished as the Shotgun and the Super Meteor. So now it’s just a question of which new 650cc model RE will choose to launch first. Expect an answer by the end of this year or early next year.

Lancia Pura concept previews design of three EVs due by 2028