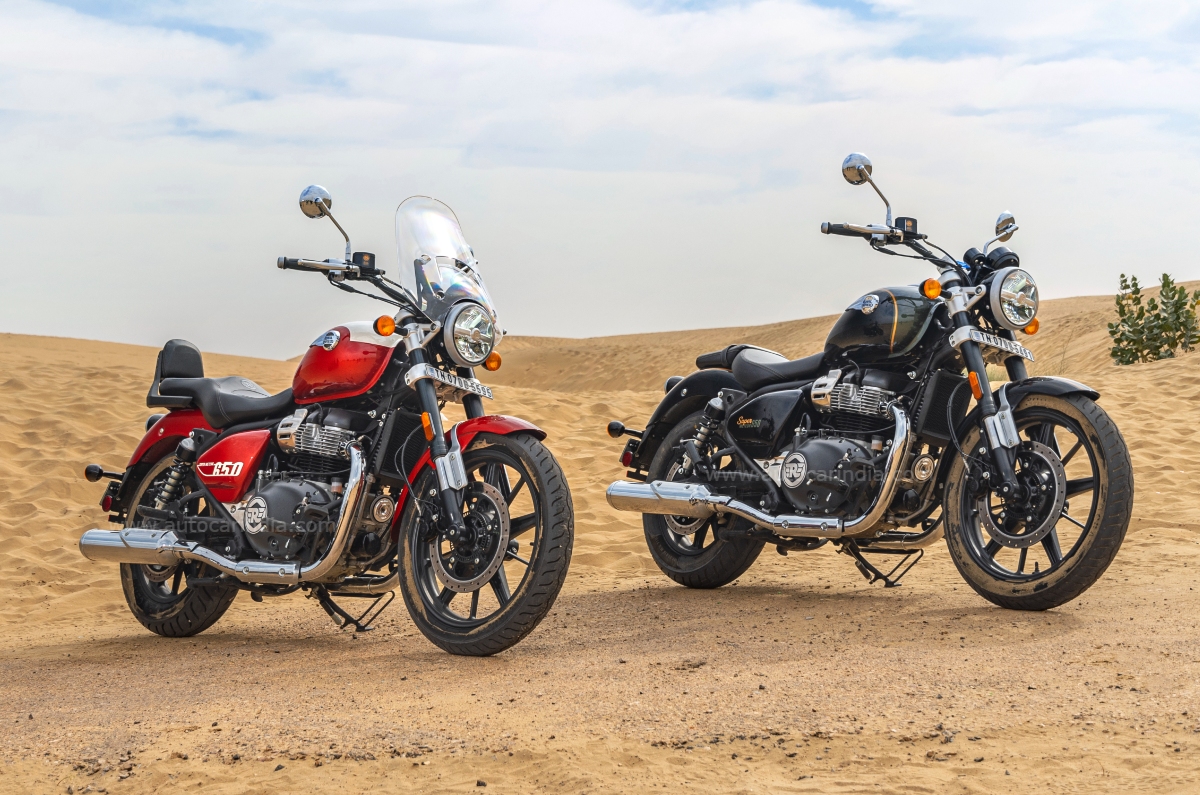 The entry-level Astral variant is offered in three single-tone colours – black, blue and green, all of which are priced at Rs 3.49 lakh. Next up is the mid-spec Interstellar which differs only in terms of colour schemes, coming in two dual-tone colours – grey and green, both of which command a Rs 15,000 premium over the Astral variant, and therefore end up at  Rs 3.64 lakh.

The top-of-the-line Celestial variant is priced at Rs 3.79 lakh, and is differentiated by the inclusion of certain standard accessories. The windscreen, deluxe touring seat and pillion backrest are all standard on this version, and it is offered in two dual-tone colours – red and blue.

All variants can be optioned with extras from the veritable cornucopia that is the Royal Enfield accessories catalogue. You could cherry-pick the exact accessories you like, or you could also go for one of the two GMA (Genuine Motorcycle Accessory) ‘themes’ that RE is offering. These are essentially preset packs of accessories that simplify the process of getting your Super Meteor ready for either long-distance touring with a pillion and luggage, or a cool solo-tourer look. The first theme is called Grand Tourer, and includes bits like hard panniers, LED fog lights, a touring handlebar and comprehensive crash protection. The Solo Tourer theme, meanwhile, replaces the pillion seat with an ornamental plate, and features bits like bar-end mirrors, a sump guard and accessory footpegs.

All prices mentioned are ex-showroom, India.